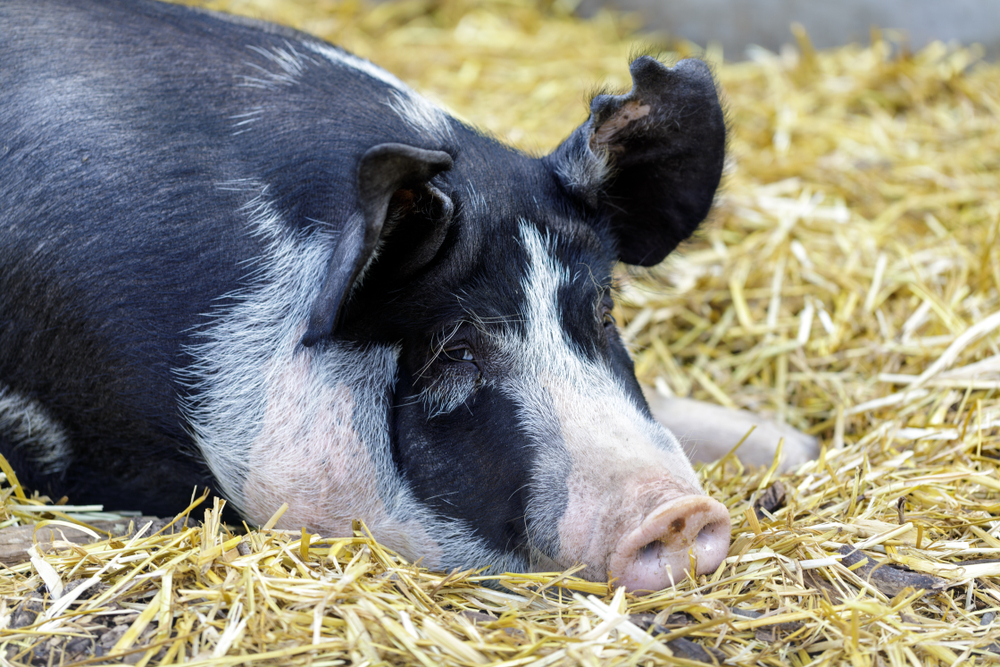 The idea of a California liberal telling an Indiana pig farmer how to raise sows doesn’t sound kosher, yet by its June 28 order refusing to hear North American Meat Institute v. Becerra, the U.S. Supreme Court has effectively blessed this unwholesome scheme — at least for now.

The measure, which benefited from a well-funded advocacy campaign, requires that veal calves and breeding pigs have sufficient space to lie down and turn around freely — for starters.

In response to consumer sentiment, the pork and veal industry has been transitioning to group housing of animals, away from small stall confinement and tethering.

By banning the in-state sale of any meat produced from an animal or the animal’s offspring not raised in accordance with its diktats, the state is imposing “California values” on farmers and processors located elsewhere.

Had Prop. 12 consisted of the “turn around” requirement only, and assuming it allowed exceptions in keeping with animal health, it likely would not have been challenged.

Owing to the massive costs of retrofitting barns and anticipated supply chain disruptions, Prop. 12 will inflate meat prices — as California’s own Legislative Analyst’s Office has warned.

Californians, by the way, really like pork. Residents consume about 15 percent of total U.S. production, and the protein is a staple in the diet of the State’s large Hispanic and Asian populations, among others.

But as Ellen DeGeneres (the unfunny vegan/anti-meat crusader publicly supported Prop. 12) and her fellow liberals might say, let them eat quinoa.

Californians are free to mimic their political leaders and create bad policies via referendum. And if it merely punished in state farmers, Prop. 12 would pose no constitutional issue.

But by banning the in-state sale of any meat produced from an animal or the animal’s offspring not raised in accordance with its diktats, the state is imposing “California values” on farmers and processors located elsewhere, who must restructure operations to access the California market.

As the Supreme Court observed in 1989’s Healy v. Beer Institute, Inc., “a state law that has the practical effect of regulating commerce occurring wholly outside that State’s borders is invalid under the Commerce Clause.” The quote references the extraterritorial doctrine — a piece of the Court’s “dormant” commerce clause jurisprudence.

Writing for the Court in its recent Tennessee Wine and Spirits Retailers Assoc. v. Thomas decision, Justice Samuel Alito provided a dormant commerce clause explainer: “Although the Clause is framed as a positive grant of power to Congress, we have long held that this Clause prohibits state laws that unduly restrict interstate commerce.”

As Tennessee Wine notes, dormant commerce clause jurisprudence reflects the recognition that trade barriers erected by states under the Articles of Confederation were a major reason the Constitution was written.

In ruling that the Meat Institute didn’t bring the bacon, a Ninth Circuit panel, affirming a lower court ruling, focused on the fact that Prop. 12. isn’t a “price affirmation” law (as in Healy, where Connecticut required distributors to sell beer at prices no higher than in neighboring states) or one that discriminates against out-of-staters (like Tennessee Wine, which involved a durational residency requirement for individuals and firms looking to operate liquor stores).

But cutting the extraterritorial doctrine so close to the bone means that California, for example, could ban the sale of any item not produced by workers paid a “living wage.”

Moreover, comparatively speaking, a requirement that pork can’t be sold in California at a higher price than in, say, Nevada would likely be less burdensome to interstate commerce, as it wouldn’t require producers to restructure operations or abandon the California market.

The Supreme Court may have another chance to rule on Prop. 12 later this year: A separate lawsuit filed by the National Pork Producers Council and the American Farm Bureau Federation is pending in the Ninth Circuit. If plaintiffs lose, they, too, could request Supreme Court review.

But if the Court doesn’t have the appetite for a Prop. 12 challenge, Congress can, and should, address it. If Republicans retake the House next year, they should move forward with legislation nullifying the sales ban.

California, a state whose own residents are leaving in droves due to its liberal policies, should be allowed to regulate national farming practices when pigs fly.

Ken Sondik is a Zionsville, Indiana, attorney. He can be reached at kensondik@sondiklaw.com.