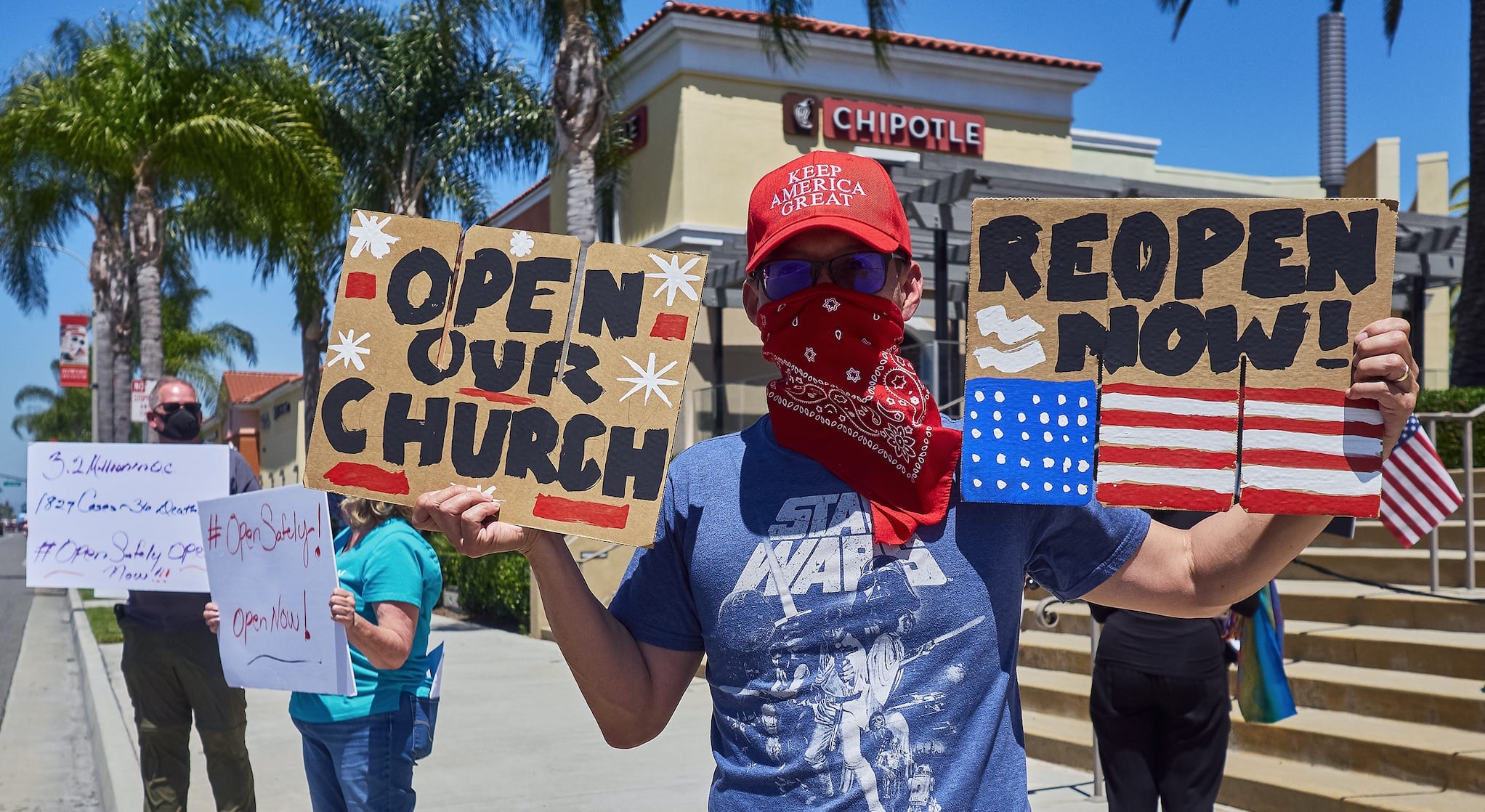 Did you know that I, your humble servant, am the lead plaintiff in a lawsuit against our handsome governor, Gavin Newsom, asking a court to say that he exceeded his powers under the California constitution and the U.S. Constitution by ordering the lockdown and making it mandatory? I especially asked the court to rule that it is beyond any government power, federal or state, to bar peaceful worship gatherings and that this is explicitly barred in so many words by the Founders in our beloved Constitution.

We filed this suit in Superior Court in Sacramento about two days after the lockdown. I asked the lawyer in the case, Larry Klayman, to file the lawsuit when one of my friends, a Baptist minister helping me with my knees, was told in my hearing by an LAPD officer that he would be arrested if he held a worship service in his tiny little church downtown with maybe five or 10 people in attendance. I heard this with my own two ears!

So, no matter what happens, I don’t get any money. I do hope it helps get into the public forum the question of whether or not a state government has the power to lock us all down without any legislative mandate and in explicit contradiction of the U.S. Constitution.

Our lawsuit has not gotten much attention. But the shutdown is getting a lot of heat these days. I hope it gets more heat and soon. We really have a clearly dictatorial policy in place here in our glorious California. I see sheriffs pulling over to talk to people in my Malibu neighborhood just because those people have gotten out of their cars on the side of the road to look at the ocean.

This is not America.

Anyway, today was a lovely day. My wifey and her nurse came in and my wife slept holding my hand for hours. I looked over at her perfect profile and kept thinking, “I have loved this woman since she was 19 and here we are in our 70s still together. Thank you, God.”

Later, a simply stunning young woman came over to swim in our pool. I was swimming too as this young creature swam at a social distance and superfast. I thought to myself, “You are one lucky man to have a home in Beverly Hills with a huge swimming pool and palm trees and a beautiful young woman in her bikini swimming nearby and palm trees above us.”

She went home to her family and I came in and read about Ulysses S. Grant. What a genius he was, and yet he was considered a loser and a bum until he became the most successful Union general, really the most successful general on either side, in the War Between the States. His attitude towards Jews was controversial in that he banned Jewish merchants from being anywhere near him during his campaign to take Vicksburg. But that was because he thought the Jews were taking advantage of his men and causing delays in the campaign. This was his infamous General Order No. 11. Lincoln immediately revoked it. Later in his life, when he was the 18th president, he was extremely pro-Jewish and all in all a really great man.

(I call it the War Between the States, not the Civil War, because it wasn’t a civil war. The South never sought to take over the North. They just wanted to be left alone to keep their slaves. It was a horrible practice for sure.)

Now, I am going to make fish for my wife and her nurses and then we’ll watch Forensic Files. I have learned from it that if the wife is killed the husband always did it! If you are thinking of murdering your wife, forget about it. Just get divorced and go on with your life. The cops are on to you from the first second.