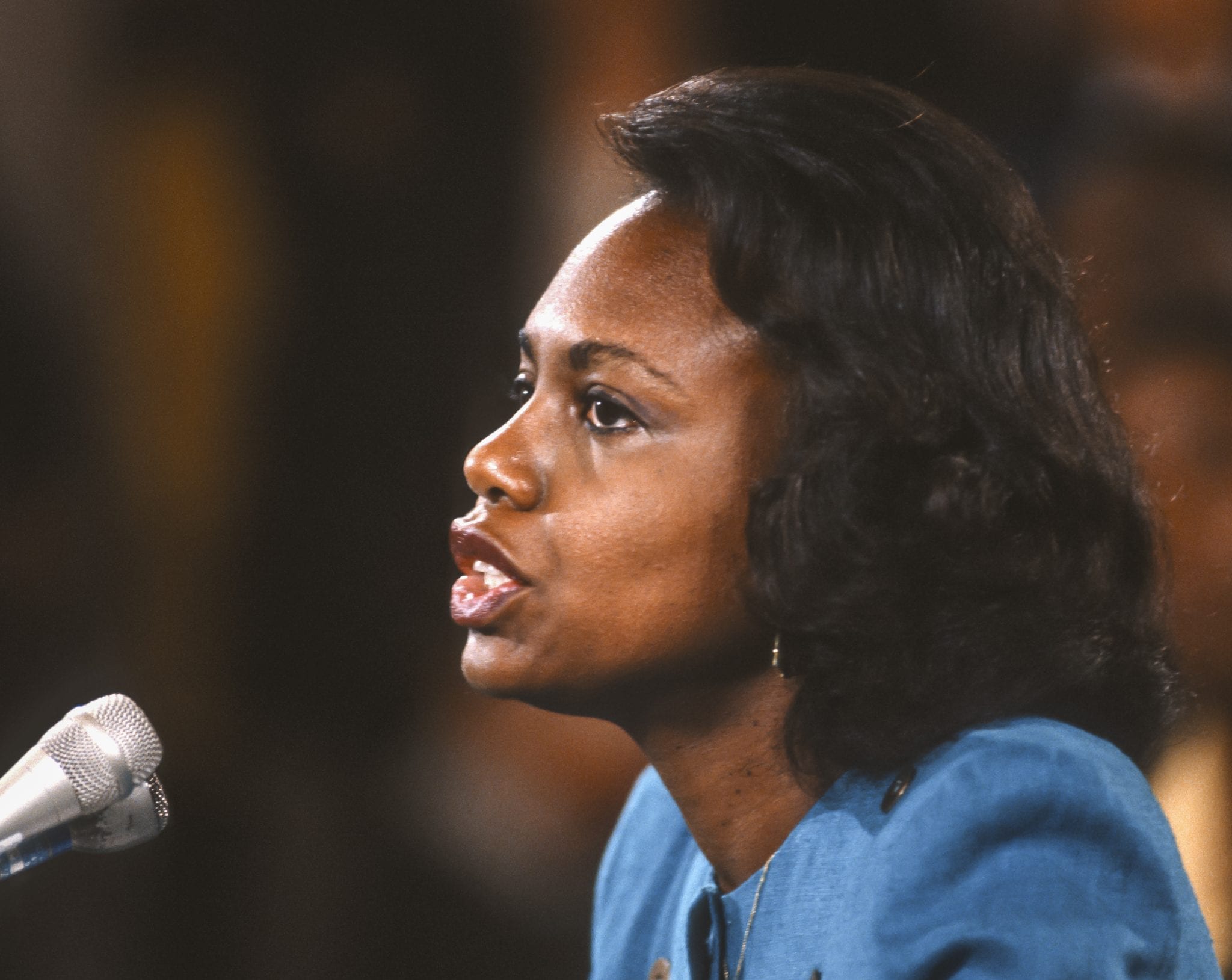 Presidential contender Joe Biden is under attack from fellow Democrats for how he treated Anita Hill in 1991, after she accused Supreme Court nominee Clarence Thomas of sexual harassment.

#MeToo advocates are warning that Biden had better apologize if he wants the women’s vote in next year’s election. Biden’s an expert panderer. He’s already expressing contrition for how he, as chairman, handled the Senate Judiciary Committee’s hearing on Hill’s accusations. “To this day, I regret I couldn’t come up with a way to get her the kind of hearing she deserved.”

At first she denied initiating calls to Thomas after leaving her job with him, but she had to recant and admit she made several. The hearing and an FBI inquiry failed to demonstrate Thomas did anything wrong.

Now, twenty-eight years later, Biden is struggling to appear sympathetic to Hill. On The View, he asked “how do you stop these character assassinations?” He meant Hill’s character, but it’s Thomas whose name was dragged through the mud without evidence.

The public, watching on television in 1991, believed Thomas over Hill by a 2-1 margin, according to Gallup polling. Yet following Thomas’s confirmation, Democrats turned Hill into a feminist icon and made believing her a litmus test.

Last year, Dems doubled down, insisting they believed Christine Blasey Ford, who accused Supreme Court nominee Brett Kavanaugh of groping her when both were teenagers. Never mind that Ford couldn’t even say where or when, or provide corroborating evidence.

Senate Democrats, including presidential wannabes Kamala Harris and Kirsten Gillibrand, declared they believed her even before hearing her testimony.

Hill herself piled on Kavanaugh, demanding that the “burden of persuasion” should borne by him, not his accuser.

Now Hill wants an unambiguous apology from Biden for what happened in 1991. Caving to Hill will get Biden points with the far left, but not with most people, not even with most women. They have fathers, sons, brothers and husbands they don’t want skewered by the #MeToo movement. One accusation of sexual harassment can cost a man his education, job, or entire future, even if the accuser has no proof.

Unfortunately, top Democrats could care less. One of the biggest differences between Republican and Democratic pols right now is their attitudes about #MeToo. Republicans value time-honored principles like due process and the presumption of innocence. Democrats have no patience for it.

Voters need to keep that in mind in 2020. America doesn’t need a #MeToo president. We already had one — Barack Obama. Thanks to his policies, college men accused of sexual harassment are often stripped of their rights by campus courts rigged to benefit women accusers. Fortunately, President Trump’s Education Secretary Betsy DeVos is reversing the Obama policies and restoring due process protections such as the right to cross-examine one’s accuser. Senate Democrats, meanwhile, are resisting these reforms.

Trump says “it’s a very scary time for young men in America.” He added, “You could be somebody that was perfect your entire life, and somebody could accuse you of something.”

If it happens to you, know that most of the Democrats running for president, including Joe Biden, won’t have your back. Sexual harassment is a grave matter, and accusations need to be taken seriously. But both the accused and the accuser deserve fairness. Sadly, that’s not on the Democratic Party agenda.