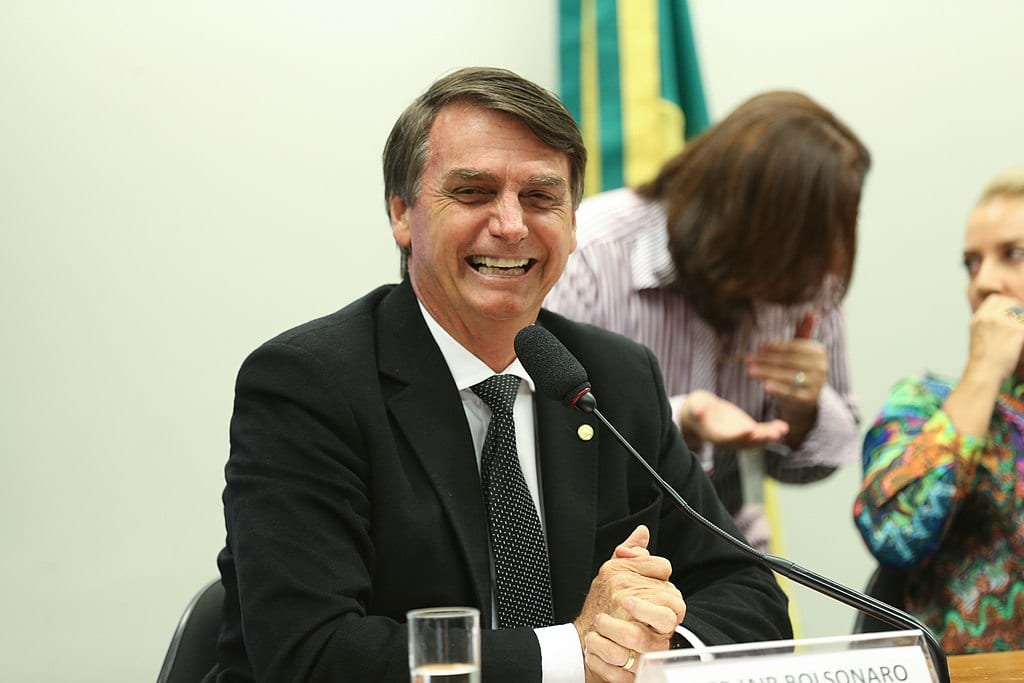 Am I the only one experiencing déjà vu?

The election of Brazil’s new, right-wing President, Jair Bolsonaro, has elicited the same “death of democracy” hyperbole that followed Trump’s election victory in 2016.

Consider the Independent’s “Fascism has arrived in Brazil — Jair Bolsonaro’s presidency will be worse than you think,” or the New York Times’s “Can Brazil’s Democracy be Saved?” or the Guardian’s “Jair Bolsonaro on brink of victory in Brazil as fears for democracy grow.”

There are countless further examples, each one seemingly more doom-and-gloom than the last. If it feels like you’ve seen this movie before, it’s because you have.

The similarities don’t end there; the media have even gone so far as to label Bolsonaro the “Trump of the tropics.” And I thought Hollywood recycled old storylines!

Is there anything more unoriginal than claiming the election of every right-wing politician in the world is the death of democracy as we know it? Sadly, yes.

While Bolsonaro’s victory is thus far largely being treated as legitimate in the Brazilian press — he won by more than ten percentage points after all — liberals up north have cooked up a whole slew of boogeymen to explain away legitimate losses at the ballot box.

From the Russians to voter suppression to gerrymandering, the American left has concocted a seemingly endless list of excuses designed to deflect from its failure to connect with voters. But today’s hyperbolic headlines and desperate scapegoating aren’t evidence of grand conspiracies or the demise of hard-won democratic governance. Rather, they are merely the predictable actions of sore losers.

Such claims would be comical if they didn’t constitute an actual, legitimate threat to democracy; a much graver threat, in fact, than the aforementioned boogeymen. The dangers to our democratic foundations posed by Russia, fascism, and other liberal devils du jour pale in comparison to the refusal by one side to admit they lost an election fair and square.

Surprisingly, one prominent Democrat happens to agree with me. Hillary Clinton herself once chided Trump’s refusal to respect the results of the 2016 election before it had even transpired, proclaiming:

“Make no mistake, by doing that he is threatening our democracy… we know in our country the difference between leadership and dictatorship, and… the peaceful transition of power is one of the things that sets us apart, it’s how we hold our country together no matter who’s in charge.”

The failure to accept the results of elections and the subsequent (and often violent) turmoil has been perhaps the greatest hurdle for fledgling democracies. Meanwhile, widespread acceptance of electoral outcomes, no matter how frightening, has been a hallmark of the world’s great powers.

While we should indeed strive for electoral integrity and closely monitor the process, we should likewise understand that when things don’t go our way, we likely have only ourselves to blame. Stoking tenuous conspiracy theories and decrying the victors as fascists only erodes the public’s trust in the most fair and successful system of governance ever put into practice.

After all, if every election is rigged, or only serves to elect the worst President in history, then what good is democracy in the first place? The more sore losering we suffer, the more faith in the process crumbles, and it’s only a matter of time before democracy is abandoned altogether in favor of more autocratic forms of government.

More than one leftist pundit has asked how they can be expected to justify Trump’s victory to their children. How, they gasp, do they relate such evil to someone so innocent?

I have a suggestion: they should simply explain that Donald Trump was the better candidate, with better ideas, who ran a better campaign. But while they’re at it, they might want to ponder how to explain to those same children that millions of American adults suddenly reverted to childish name-calling and invented fantastic excuses simply because they lost a contest. In other words, the very things they are, hopefully, instructing their children not to do.

Hyperbole is contagious, and the Democrats (and Bolsonaro’s opponents in Brazil) have set a dangerous precedent. As we head into yet another election, Americans would be wise to pump the breaks on the electoral paranoia and remember that losing gracefully is perhaps the most patriotic act.

Should we choose to continue to finger-point and name call, democracy, both here and elsewhere, may truly be in danger.