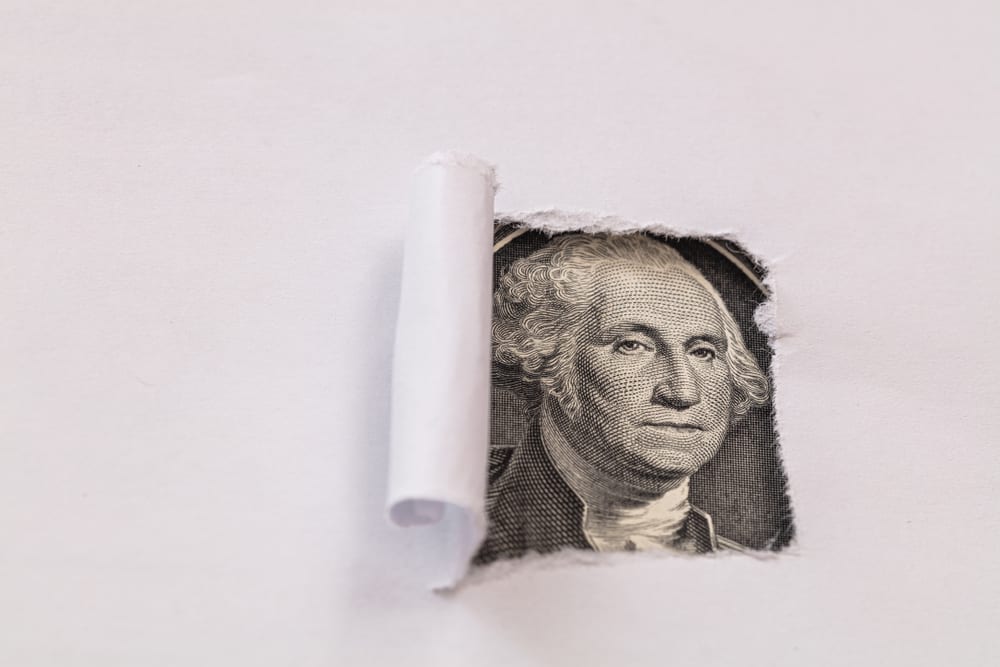 The San Francisco School Board last week authorized $600,000 in spending to destroy a mural depicting George Washington at a high school named for him.

“It’s rude and disrespectful to people’s cultures,” a junior at the school told the San Francisco Chronicle. The school board president agrees. “I think the images are really harmful,” Stevon Cook explains. “But I do understand the sensitivity about it being art. It’s a difficult position to be in.” The board’s vice president, Mark Sanchez, maintains, “Painting it over represents not only a symbolic fresh start, but a real fresh start.”

The censorship follows the removal of an “Early Days” statue, which depicted an American Indian lying at the feet of a Spanish cowboy and Catholic missionary, outside the San Francisco Public Library in September. The city’s Historic Preservation Committee voted unanimously to remove it, and the Arts Commission dubbed the 2,000-pound sculpture “disrespectful, misleading, and racist” in unanimously voting to censor it. The school board similarly found no opposition in its ranks in voting to paint over the Washington mural — despite a New Deal program funding it, a Communist artist painting it, and its message in depicting slavery and a dead Indian as clearly critical of Washington.

The Free Speech Movement called the Bay Area home in the 1960s, and a decade earlier, Allen Ginsberg published his racy poetry through the City Lights bookstore’s publishing arm. A place that once imagined itself as a safe harbor from censors now looks to Savonarola and Mullah Muhammad Omar as guides. Unsurprisingly, Google, Twitter, and other tech companies headquartered in the area follow, and lead, the intolerant zeitgeist.

Counterintuitively, the people with the most to gain from the tolerance of others often exhibit the least tolerance to others. Telling people what to do remains a more universal impulse than live-and-let-live. Everyone wants toleration (or something more). Not everyone tolerates.

While San Francisco bans the foremost Founding Father, it celebrates those who aided and abetted a notorious city resident who demanded that even his mother call him “Father.” As discussed more comprehensively in Cult City: Jim Jones, Harvey Milk, and 10 Days That Shook San Francisco (ISI Books, 2018), many buildings, bridges, and boulevards in the city bear the names of those who tarnished the city by burnishing the name Jim Jones.

Carlton B. Goodlett, whose name now gives city hall its street address, claimed that Jonestown “gives people hope,” shows that “dreams come true,” and represents “the wave of the future” upon traveling to the jungle concentration camp a few months before Jones ordered its inhabitants to kill themselves en masse. Two days after the carnage, Dr. Goodlett continued to run interference for his friend and former patient. Describing Jones as “a man who really attempted to practice the dogmas of Christianity,” Goodlett insisted that “the good works of a man as well as his rascality — they are not interred with his bones.”

When evidence of Jones’s abuse and insanity mounted, Harvey Milk used his office to provide the cult leader credibility. “Such greatness I have found at Jim Jones’ Peoples’ Temple,” he assured Guyanese Prime Minister Forbes Burnham. “Rev. Jones is widely known in the minority communities here and elsewhere as a man of the highest character, who has undertaken constructive remedies for social problems which have been amazing in their scope and effectiveness,” he explained to President Jimmy Carter, urging him not to intervene on behalf of parents wanting their kidnapped son returned from Guyana (he returned in a coffin). In a letter to Carter cabinet secretary Joseph Califano, Milk called Jonestown “a beautiful retirement community,” characterized Peoples’ Temple as transforming criminals into good citizens, and bizarrely called a group that imported food into its agricultural project until the end and counted starving individuals in its ranks as “alleviating the world food crisis.” San Francisco honors Milk with a terminal at its airport, a school, and a square all named for him.

Willie Brown compared Jim Jones to Martin Luther King and Mahatma Gandhi, among others. He encouraged Fidel Castro to regard Jones’s 1977 trip to Cuba as a state visit, as though the cult leader’s stature rose to the level of a national leader. “I have worked with Jim for several years,” Brown wrote Castro, “and consider him a close personal friend and a highly trusted brother in the struggle for liberation.” The western half of the Bay Bridge now goes by the “Willie L. Brown Jr. Bridge.” Whatever Brown’s many accomplishments and considerable charms, he acted as an enabler to the greatest villain in the city’s history.

The city that whitewashes Washington similarly honors Jones boosters Herb Caen, Rep. Phil Burton, and others. Their roles in empowering the vilest figure in the history of the city should serve as if not an automatic disqualifier in public honors at least a factor that gives pause. But in San Francisco playing a central role in the founding of the United States makes one unfit, not playing supporting and leading parts in the rise of the man responsible for killing over 900 Americans.

Clearly, this culture war does not stop at the San Francisco city limits, and the culture warriors do not fix aim merely at controversial figures in U.S. history, such as Confederate generals. They seek to erase nearly all of U.S. history and erect a new pantheon of greats consisting of ideologues who flatter progressive sensibilities. This isn’t patriotism but politics.

Nike pulling the release of its Betsy Ross flag sneakers, Charlottesville’s city council voting to end a holiday honoring longtime favorite son Thomas Jefferson, and the widespread contempt exhibited in response to a patriotic parade in the nation’s capital on the occasion of the nation’s birthday suggests that the winds of the Bay Area blow east. Something San Francisco this way comes.