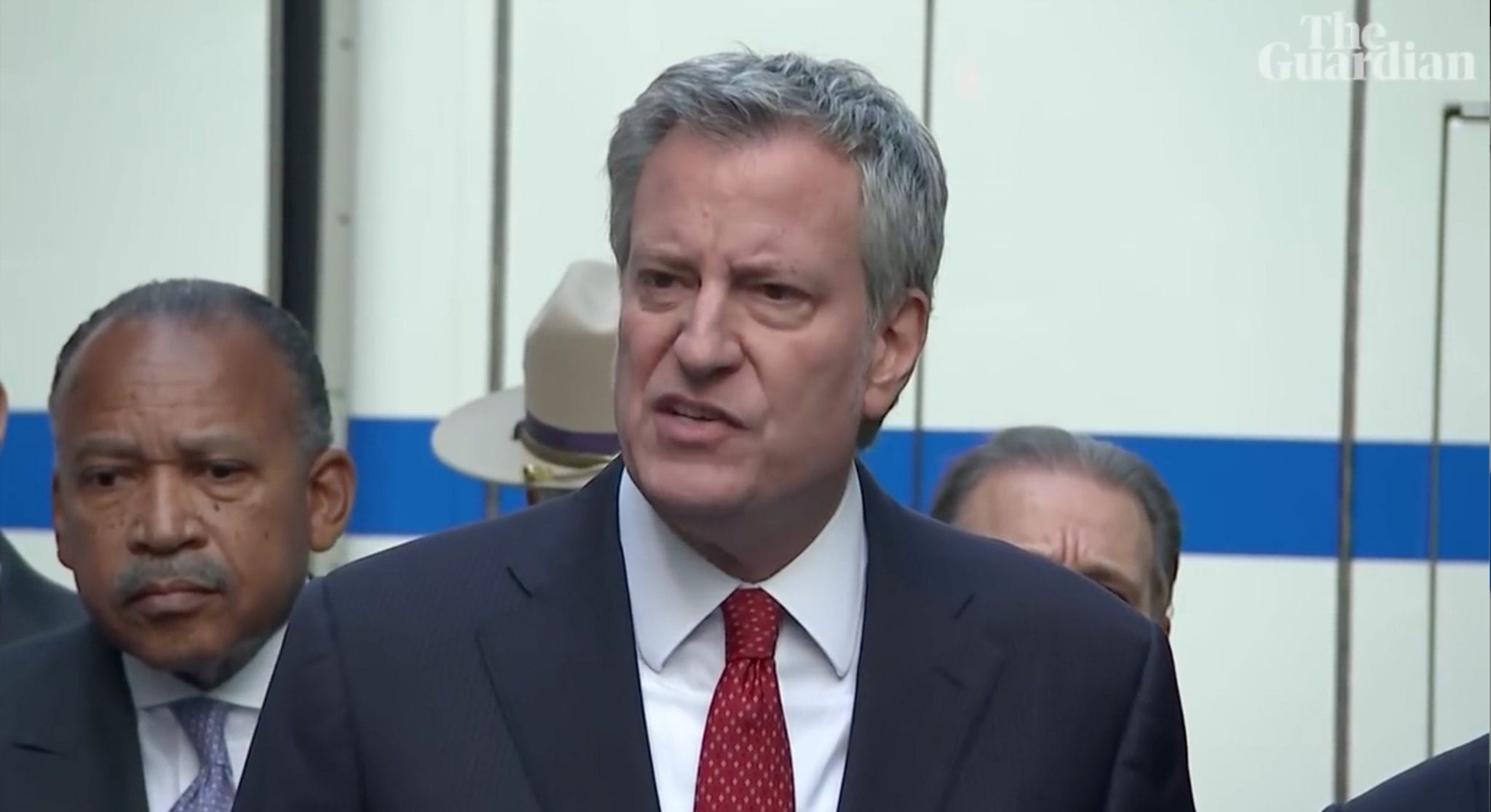 New York City Mayor Bill de Blasio, incapable of uttering the “T” word immediately after a bomber injured 31 in Manhattan’s Chelsea neighborhood in 2016, sounded like a Tourette’s case in his use of “terrorism” on Wednesday. Bad guys targeting members of your party rather than your neighbors calls for throwing caution to the wind.

We know neither the name nor the motive of the terrorist. But the common denominator of the targets offers what Philip Marlowe might call a clue. John Brennan, George Soros, Maxine Waters, and the rest read as a who’s-who of Conservative America’s Terrible, Horrible, No Good, Very Bad People List. Probably an unhinged person who identifies as a conservative did this. Chuck Todd wonders if the Russians, always out to divide, conducted the operation. Some conservatives say that such a high-profile public scare so close to an election plays into the hands of Democrats. But think who benefits from saying “Who benefits?” The cui bono crowd never turns cui bono on itself.

But right now, we do not know who or why. And into that void we pour in hopes and wishes. Everyone convicts their particular boogeyman.

Matt Taibbi noted at Rolling Stone that “if there’s one thing history tells us about terrorism, it’s that these stories often end up having very different narratives than what is first suspected in the heat of the moment. Facts that later emerge often leave us in a completely different place than we’d have expected.”

When James Holmes murdered twelve during a 2012 Colorado screening of The Dark Knight Rises, ABC’s Brian Ross erroneously reported the killer’s involvement with the Tea Party. Paul Krugman, Keith Olbermann, and others insinuated that Jared Lee Loughner, who killed six at an event hosted by Congresswoman Gabbie Giffords, took inspiration from the Tea Party. Many, sans evidence, strangely blamed Sarah Palin. “As I knew him he was left wing,” one classmate pointed out, “quite liberal & oddly obsessed with the 2012 prophecy.” Whatever political views the insane man harbored they mattered not at all in inspiring him to shoot people in a Safeway parking lot.

When madmen explicitly cite politics for their evil deeds, those sympathizing with the beliefs attempt to minimize the role they played.

I just spent ten years researching and writing Cult City: Jim Jones, Harvey Milk, and 10 Days That Shook San Francisco in part because a narrative over a horrible event overtook the facts. Jim Jones praised the Symbionese Liberation Army, traveled to Cuba to meet with Huey Newton, compelled his followers to campaign for Harvey Milk, Willie Brown, George Moscone, and other San Francisco liberals, willed Peoples Temple’s assets to the Soviet Union, distributed Bibles for bathroom use in Jonestown, and informed the damned that they committed suicide for the glory of Communism. But Walter Cronkite labeled Jones a “fascist,” the New York Times found “fundamentalist Christianity” in his preaching, and the Associated Press described the socialist followers of an avowed atheist as “religious zealots.” Even Pravda ridiculed the propaganda emanating from U.S. media.

In instances when prominent left-wingers partook in or cheered on terrorism, chroniclers erased their sins. Planned Parenthood founder Margaret Sanger, for instance, fled the country after she praised a trio of bombers who planned to murder John D. Rockefeller Jr. but succeeded in blowing themselves up. “Even if dynamite were to serve no other purpose than to call forth the spirit of revolutionary solidarity and loyalty, it would prove its great value,” Sanger wrote. The rewrite of history cuts this and pastes in that the government’s pursuit of her stemmed solely from misguided Comstockery.

The evidence suggests a deranged right-winger sent these potent parcels. If it did not, the media would still find this political motive. This may prove the instance where even a broken record hits the right note — or another misguided rush to find political motives driven by political motives.