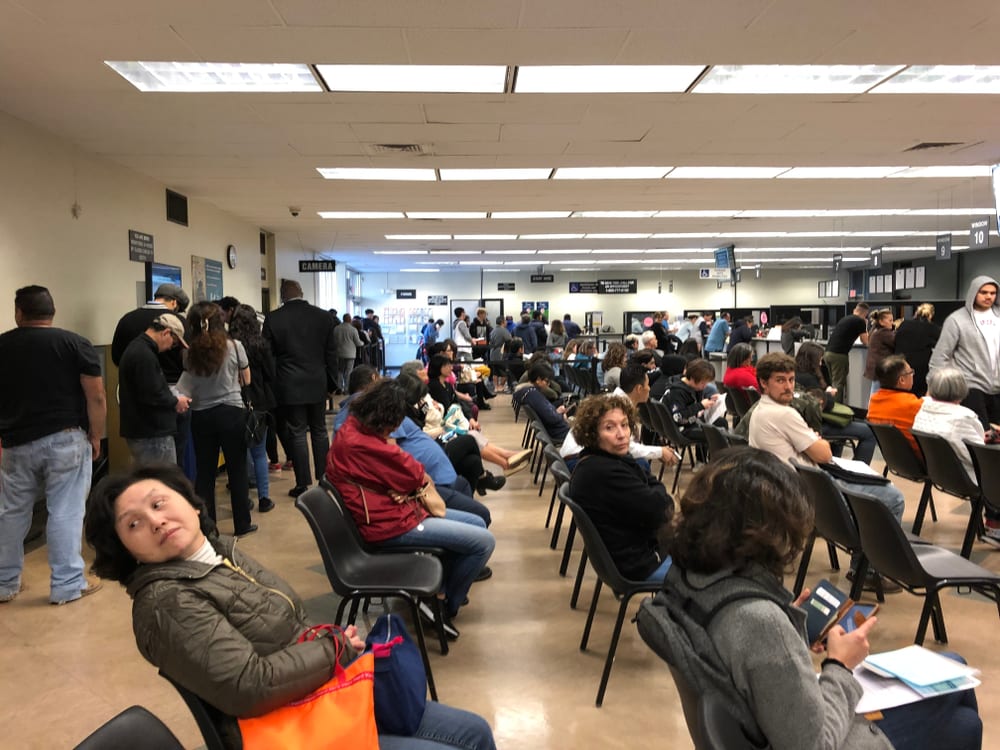 Why do socialists believe a bigger government is a boon?

As if standing in line at the DMV for three hours and then being sent to another line and then being sent home because of a missing document isn’t enough to convince Americans that government employees are humans and likely sadists, the Trump presidency has revealed that this malevolent rot goes to the top.

If men are given more power, they have more power to harass. The Obama administration used the IRS, EPA, and nearly every arm of the government to persecute ideological opponents.

The Russian collusion scandal was an exercise by fearful political opponents using the State Department, Department of Justice, FBI, and all tools in their power to prevent and then undo the will of the people by undermining the Trump presidency and attempting to push him out of office.

Then there is the malice by the rank-and-file employees of these agencies exemplified by the woman arrested over the weekend for feeding information to her gang member son. From the New York Post:

Tawanna Hilliard — whose son Tyquan is part of the ruthless 5-9 Brims set of the Bloods street gang — in 2016 used her work computer to help a crew member find possible turncoats, as well as to obtain the personal information of a rival member she thought was “trying to jam my son up,” documents filed in Brooklyn federal court allege.

The Department of Justice employee also allegedly meddled in a pending robbery case against her son in 2018.

Ms. Hilliard is the perfect example of human nature and why the best solution for a troubled America is not a bigger government but a smaller one.

There are a couple central premises to leftism and Marxist underpinnings of their ideology that crumble under even passing examination.

First, leftists believe that human nature is essentially good. Conservatives recognize that people are fallible — all of them. It’s best to take human nature into account when considering how much power to give the government. Far too many people are like Ms. Hilliard. Even if most people wouldn’t sell out gang informants, some will — maybe only one or two, but it has to be considered that someone will do the wrong thing, so the power of a government official should be limited.

Second, leftists believe that most people are wired for the greater good. So not only are they good people but they also want to help other people. Again, let Ms. Hilliard be the example. While her responsibility was to uphold the law, protect the government’s attempts to uphold the law, and to not betray the safety, and maybe the lives, of government employees who sought to expose crime, Ms. Hilliard chose her own well-being first. She chose the well-being of her son.

Third, leftists believe that if people are bad, their environment made them that way. How does that explain Ms. Hilliard? She’s educated. She has a prestigious job. She’s paid well. She has solid benefits. She does not lack for material needs. What is her excuse for choosing to “go bad”? She’s part of the Department of Justice, the very definition of power.

Again, not every government employee is Ms. Hilliard, but some are Ms. Hilliard and worse, have far more power to do far more damage.

Lois Lerner, the head of the Internal Revenue Service under President Barack Obama, targeted conservatives. (It’s important to note that Lerner was never charged and that the Obama administration allowed her to resign, retire, and receive her entire tax-payer-funded pension.) What did she do?

In particular, the Committee found that Ms. Lerner used her position to improperly influence IRS action against conservative organizations, denying these groups due process and protection rights under the law. The Committee also found she impeded official investigations by providing misleading statements in response to questions from the Treasury Inspector General for Tax Administration. Finally, Lerner risked exposing, and may have actually disclosed, confidential taxpayer information, in apparent violation of Internal Revenue Code section 6103 by using her personal email to conduct official business.

The IRS had to pay out $3.5 million in fines to Tea Party groups they targeted. “They” being the whole of the IRS led by a corrupt individual.

The government is made up of people. People are fallible, frail, easily corrupted, vengeful, and generally rotten creatures. Put a bunch of them together, and the evil is multiplied.

Socialism relies on the goodness of people and on their benevolent intentions. It assumes that when the environment is more equal, people will behave better. All of these premises are flawed. That’s why, when socialism (the softer word for communism) is implemented, it fails. Always. It’s why corrupt leaders like Putin, Xi, Maduro, and Chavez end up rich even as their countries founder and fail.

To deal with human nature, socialist and communist regimes increase surveillance and implement controls. Evil human beings find increasingly creative ways around them. The good people give up. They stop working because their money goes to taxes. They stop participating for fear of being persecuted. They fade and hide.

American government agencies, all of them, hold in them the seeds of this corruption because they’re run by corruptible humans who have power. A corrupt police offer plants evidence. A corrupt prosecutor brings false charges. A corrupt IRS agent targets political enemies. A corrupt A.G. decides to run guns to Mexico.

The only checks on this natural, human behavior: individual liberty, smaller government agencies with fewer rules, and the rule of law equally applied. Citizens must be informed by a free media, must be able to assemble and dissent, must believe as they see fit, must be free to speak out. And, if necessary, they must be free to defend themselves when the government oversteps. Further, the law must apply to all people, high or low.

In a world with so many examples of state-sponsored failure and cruelty in the name of government, it’s shocking that socialist and communist ideology is taking root in America. Americans need to remind themselves that they won’t be “cared for” by a kindly Mother Teresa — those types aren’t drawn to government work. No, they’ll be tyrannized by the corrupt Tawanna Hilliards of the world.