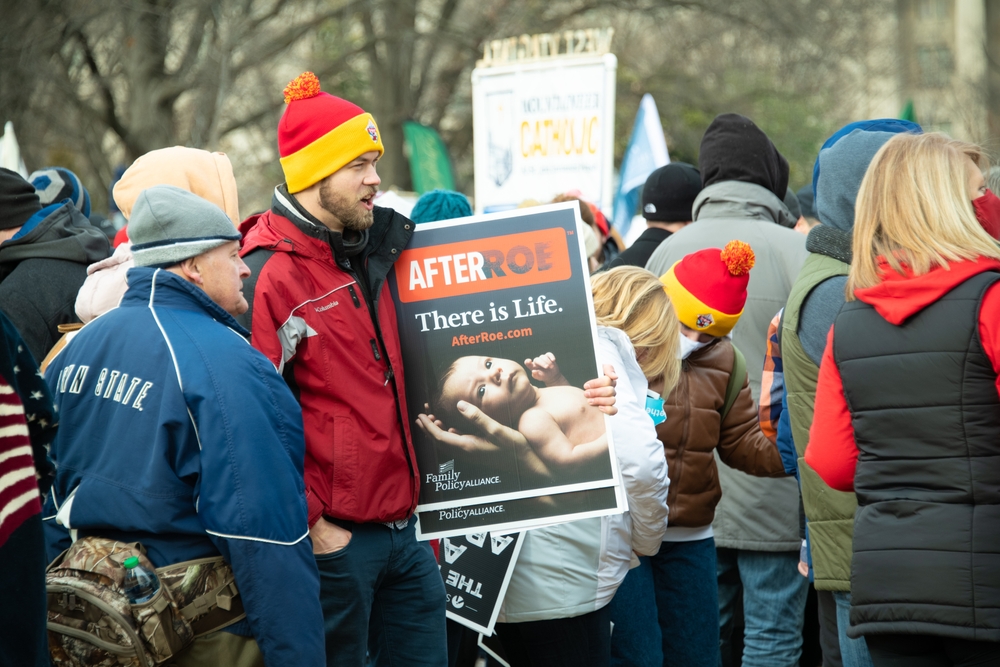 Having engineered passage of the Mississippi law that resulted in the Dobbs v. Jackson Women’s Health Organization case, I have wondered about the larger political implications of reversing Roe v. Wade. The answer is slowly coming to light, revealing serious divisions between social and fiscal conservatives and raising questions about the sustained political influence of a unified conservative movement.

Ross Douthat believes that the divide between social and fiscal conservatives goes beyond a disagreement over tactics. “My basic take on pro-life strategy is always just that the pro-life movement is asking for a world whose implications require more interventionist government policy,” he states. “And the fact that the pro-life movement has ended up allied with the more libertarian political party is a challenge for making that case.”

No common cause currently unites social and fiscal conservatives as the country heads into the 2022 midterms and the 2024 presidential election. There will be some who make their stand under the banner of former President Donald Trump. Trump gave social conservatives a huge win by appointing the Supreme Court justices who overturned Roe. But would the “religious Right” support Trump again for the same reason? Perhaps they should, but they might also feel that with Trump’s having raised the bar, another Republican president would do just as well.

The vision of a Christian, democratic welfare state may be difficult to reconcile with the principles of personal responsibility and limited government that many conservatives — both social and fiscal — hold dear.

The larger question is what other issue would galvanize social conservatives to care so much about judicial nominees. As observed above, social conservatives, at least from a policy perspective, are defined by their opposition to abortion and same-sex marriage. Trump doesn’t oppose same-sex marriage or gay rights, and neither does the Republican Party establishment. This past August, 47 Republicans joined House Democrats in supporting legislation that would provide federal protection for same-sex marriage. The Senate is expected to take up the bill after the November midterms — and it may well pass with 10 Republican votes.

Some are hoping that the theme of “parental rights” will be enough to unite social and fiscal conservatives. “Parental rights” is a catchphrase that implies opposition to things happening in public schools — vaccine and mask mandates, instruction on gender identity and critical race theory, and exposure to pornographic books, to name a few. Virginia Gov. Glenn Youngkin rode this wave to electoral success, and Florida Gov. Ron DeSantis may try to ride it to the White House, but none of these issues bring the cohesion and urgency that opposition to abortion has generated for socially conservative voters.

No doubt, the abortion wars are not over. They will be fought state by state. They also still will be fought at the federal level — with the coming and going of new funding policies and agency rules, depending on who is in the White House. But there is certainly a sense of an “ongoing political realignment,” as Patrick T. Brown of the Ethics and Public Policy Center asserts. This alignment, says Brown, tends to lean toward “working-class parents” and, perhaps, a “European-style Christian democratic party.” It could mean joining with the Biden administration to expand postpartum Medicaid and indicates serious interest in taxpayer-funded family-leave programs, as well as increased funding for welfare programs such as Women, Infants, and Children. As Brown acknowledges in regard to his own proposal for a federally funded leave program, “It also may require more government spending and intervention than traditional economic conservatives may find ideal.”

Indeed, it may. And it requires serious thought as to whether pro-family advocates can selectively expand government programs and interventions without disincentivizing work and marriage — for instance, because of welfare marriage penalties. The vision of a Christian, democratic welfare state may be difficult to reconcile with the principles of personal responsibility and limited government that many conservatives — both social and fiscal — hold dear.

Simply being “pro-family” does not make a person conservative. Neither does advocating for “parental rights” and “working-class families,” though these phrases nod toward the reality that the family is the building block of society. Governmental intervention is not inherently necessary to create and sustain families. On this, at least, social and fiscal conservatives can agree. The short-term future of conservatism may depend upon whether they can likewise arrive at a consensus that pro-family, socially conservative ends are best pursued using fiscally conservative, limited-government means.

Dr. Jameson Taylor is director of policy for AFA Action. He led the effort to pass the 15-week abortion ban that resulted in the overturning of Roe v. Wade and is also responsible for helping pass best-in-the-nation welfare-to-work reforms in Mississippi.