Top Story,Under God Declaration of Independence,George Washington Signaling to the Virtuous - The American Spectator | USA News and Politics
Menu
Top Story
Signaling to the Virtuous
A former slave had to remind a do-gooder where his and everyone else’s rights come from.
by Shmuel Klatzkin
Declaration of Independence (Todd Taulman Photography/Shutterstock.com) 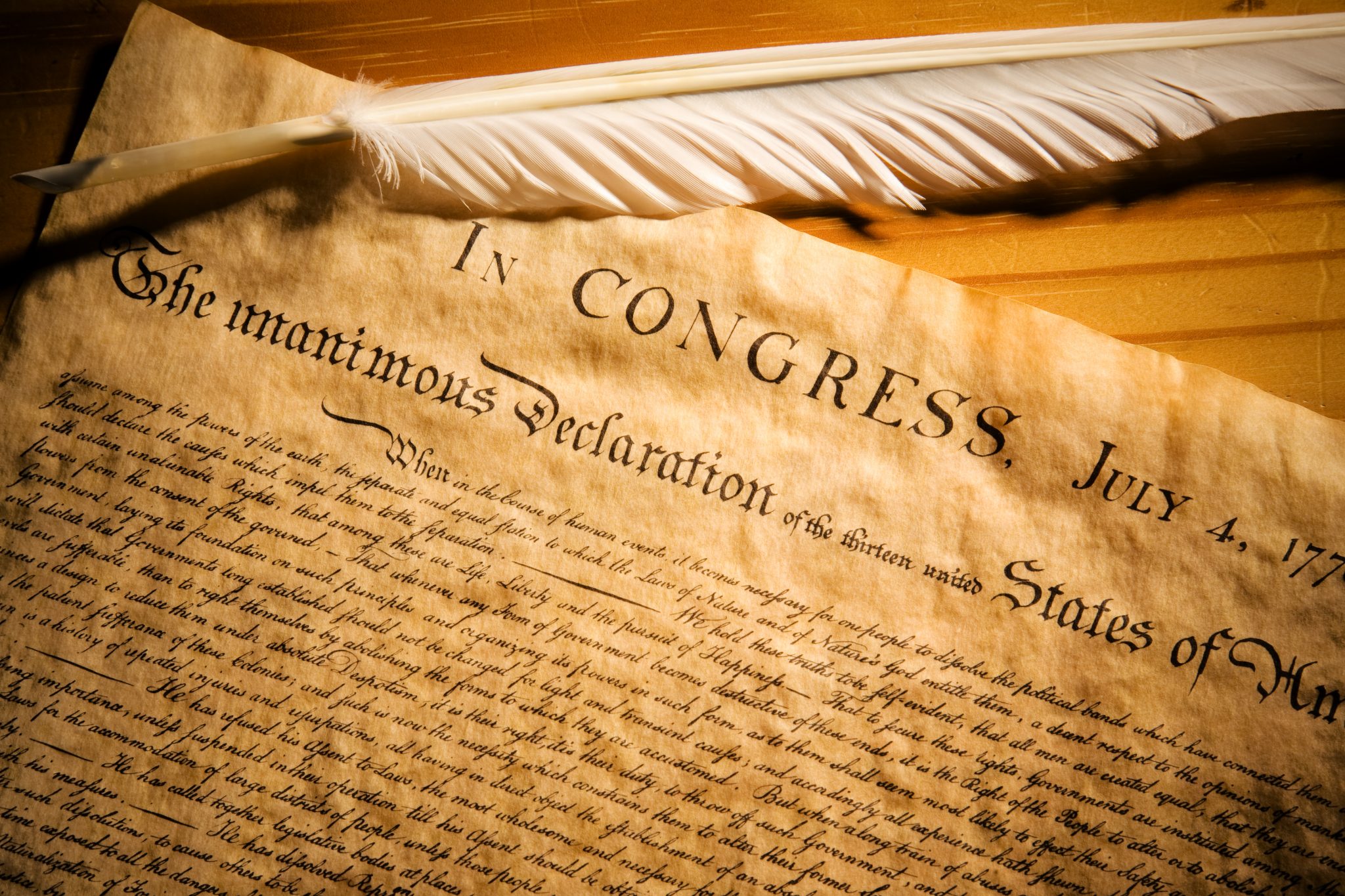 During the ’30s and ’40s, a number of different people and institutions went around the U.S., and occasionally outside of it, seeking to record the voices and stories of people who had been slaves in America. The fruit of their labor is recorded in the Library of Congress website, and it is humbling and remarkable to hear these real voices testifying about the reality they knew firsthand.

One of the people who was involved in this work was John Henry Faulk, who achieved some fame in radio and as a person who fought and won battles against blacklisting in the entertainment industry. Faulk, a white man, reminisced on air about the comeuppance he received from one of these former slaves.

The equality that the Declaration declares as being God-given, the modern activist believes to be something that does not exist until he or she grants it.

Faulk was speaking to an old black man in Texas taking in his story. Trying to establish rapport, he had been going on about how he was a different kind of white man. Faulk told the man that he was working to give the blacks the vote, to give them proper schooling, and so on. Faulk recounted that the old man shook his head and said to him,

You know you still got the disease, honey. I know you think you’re cured, but you’re not cured. You can’t give me the right to be a human being, I’m born with that right. Now you can keep me from having that. If you’ve got all the policeman and all the jobs on your side, you can deprive me of it. But you can’t give it to me, because I was born with it just like you was.

Faulk remembered that the lesson didn’t go down easy, but he knew the old man was right.

The clarity the former slave brought to the discussion about race is as necessary today as it was 80 years ago when Faulk was doing his work. Behind the craziness and the agitation, behind the political opportunism and the reaction, there are fundamental and immoveable truths, and those truths are the ones upon which America was founded.

Foremost among those is the idea that our rights are not things that others must give us, but rather were given to us directly by God. As the Declaration puts it, “We hold these truths to be self-evident, that all men are created equal, that they are endowed by their Creator with certain unalienable rights … ”

This concept was foremost in George Washington’s mind when he wrote to the Jews of Newport, Rhode Island, who had inquired about the rights to be granted Jews in the new republic. Washington wrote, “It is now no more that toleration is spoken of, as if it was by the indulgence of one class of people, that another enjoyed the exercise of their inherent natural rights.”

Rights, in other words, are inherent, God-given, not manufactured by the condescension of one group or person to another.

There is something grotesque and hubristic about the attempt to evade guilt by racial obsequiousness. Confessions of thought-crimes and of ancestral blood guilt, Taliban-like destruction of monuments, Orwellian erasure of historical memory, the street theater of modern-day flagellants seeking to abase themselves publicly to escape a guilt that comes to them through no choice or act of their own — all these are based on the condescending and false idea that it is they who can grant or withhold the human dignity and the human rights of others.

Why this profound error on a most basic point?

One major factor is the debasement of the language of rights. That old Texas slave understood precisely the meaning of the rights spoken of by the Founders. They are given by God alone, and the imperative in those rights is that no other person should infringe upon them.

But the Progressive movement very consciously advocated using the same term, rights, for things that must be given by others and so not exist until others grant them. Let us take FDR’s “freedom from want,” or the idea that we all have a right to medical care. Unlike speech and worship (things in which we can engage without requiring anyone else to do anything), food and medical care are not given from above, but must be supplied by someone’s hard work.

As this concept of rights has taken hold, it has infected and confused the original concept upon which America was founded. The equality that the Declaration declares as being God-given, the modern activist believes to be something that does not exist until he or she grants it. However nobly intended — and I have no doubt that most of the people pushing this agenda hold noble intentions — the underlying concept is condescending and flawed. It is, properly speaking, a structural problem in their thought, and it is racism, for it assumes that one subgroup of people would not have rights were they not granted by another.

When an argument is founded on a faulty premise, no amount of energy invested in pursuing that argument can succeed. If we wish to escape the ever-increasing cacophony of the current national discussion, if we wish to engage in a constructive exchange of ideas with the power to establish peace and prosperity, we would do well to listen to that voice out of our dark past.

The ex-slave saw it more clearly and was more advanced in his thinking than the liberal white man on his egalitarian mission: “But you can’t give it to me, because I was born with it just like you was.” God gives us our human dignity and agency and rights. This is the foundation upon which we all can build a lasting structure.