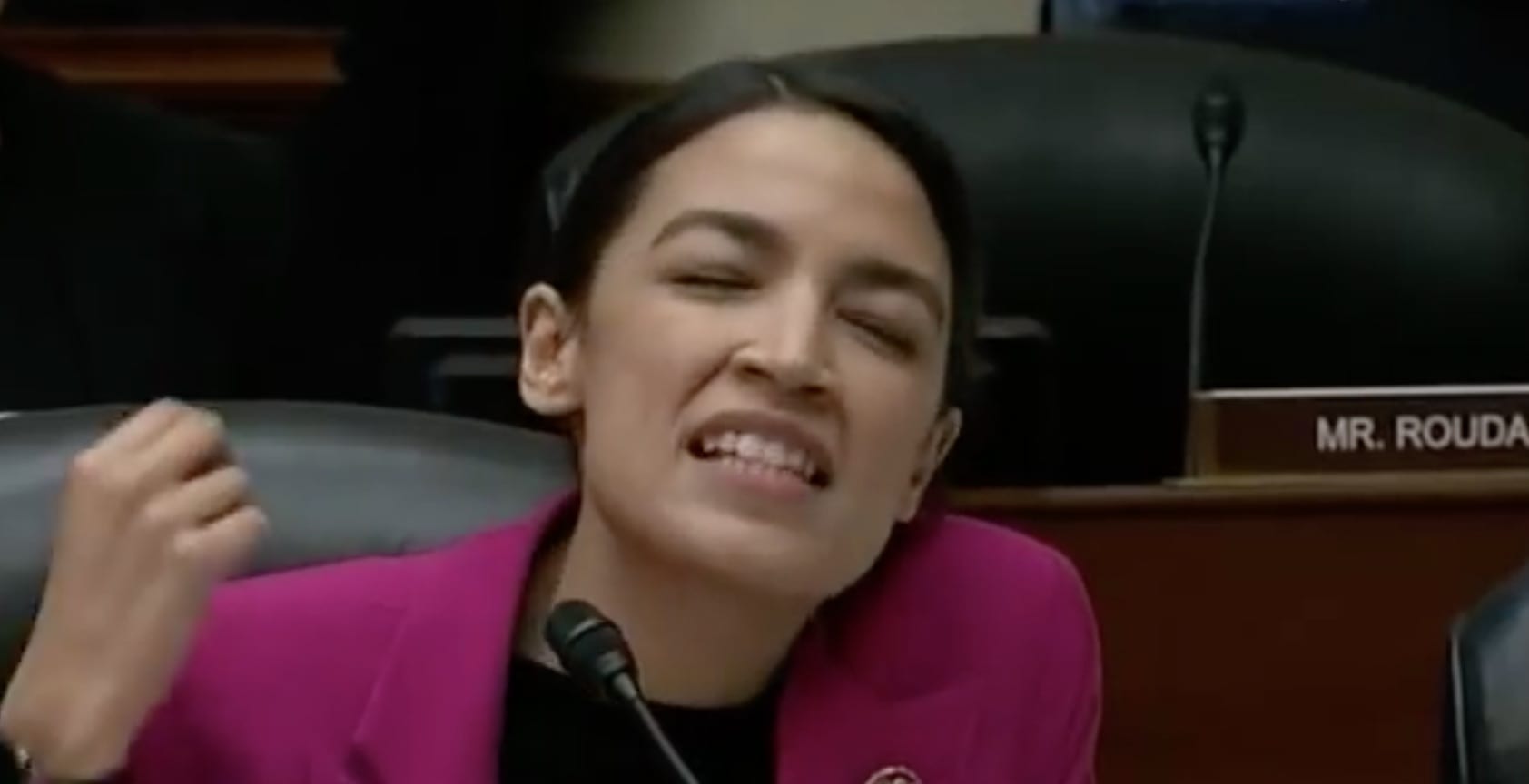 Now for the charming topics of Alexandra Ocasio-Cortez, Ed Markey, and the so-called “Green New Deal.” If ever there was a multi-pronged way to snatch Depression from the Jaws of prosperity, Ms. Ocasio-Cortez seems to have hit upon it.

And India and Brazil and other places far beyond our legal control.

Ms. AOC has reached the conclusion that the earth is warming to a degree that will end all animal life on the planet in about 12 years. And she’s sure she knows who’s responsible. Corporate America is killing the earth, or so Ms. AOC is certain.

Ms. AOC has also noticed that America generates most of its power by burning coal, oil, and natural gas, as well as breeding immense herds of cattle which let off breathtaking amounts of flatulence. She has also noticed that while the economy is wildly prosperous, there is still some unemployment in America. She has a solution: The Green New Deal.

Patterned very loosely after FDR’s New Deal to fight the Great Depression, AOC’s plan would mandate complete and total control over the economy by the federal government. A New Gestapo would be created to watch America like a hawk. There could be no more gas- or oil-burning engines for anything. There could not be burning any kind of fuel that gives off smoke at all.

Every structure in the USA would have to be inspected and then knocked down and built anew, or “retrofitted” so that it was totally powered by solar or wind or tidal action or some other form of totally non-polluting power.

This would cost so much money that from the moment it was enacted, the USA would be bankrupt. The cost of this project would in a decade triple the national debt. This would make it completely unpayable EVER.

Inflation would explode as federal money chased a limited pool of workers and resources. The country would be in a crisis that would make the Great Depression look like a picnic.

And meanwhile that immense cloud of air pollution raging out of China would not be reduced at all. In other words, we would have committed national economic suicide for nothing.

Now, I don’t think AOC will ever get her Green New Deal enacted and if she did, it would be vetoed — or tied up in courts forever.

But 70 Members of Congress and over a dozen Senators are already signed on as co-sponsors with AOC. Would anyone have ever dreamed even five years ago that such madness was possible? God help us. The planting of ignorance is bearing poisoned fruit. This is terrifying stuff.