by George Neumayr
Demonstrators rally outside the Supreme Court on Oct. 8, 2019, as the justices hear oral arguments in three cases dealing with sexual orientation in the workplace. (Shutterstock/Bob Korn) 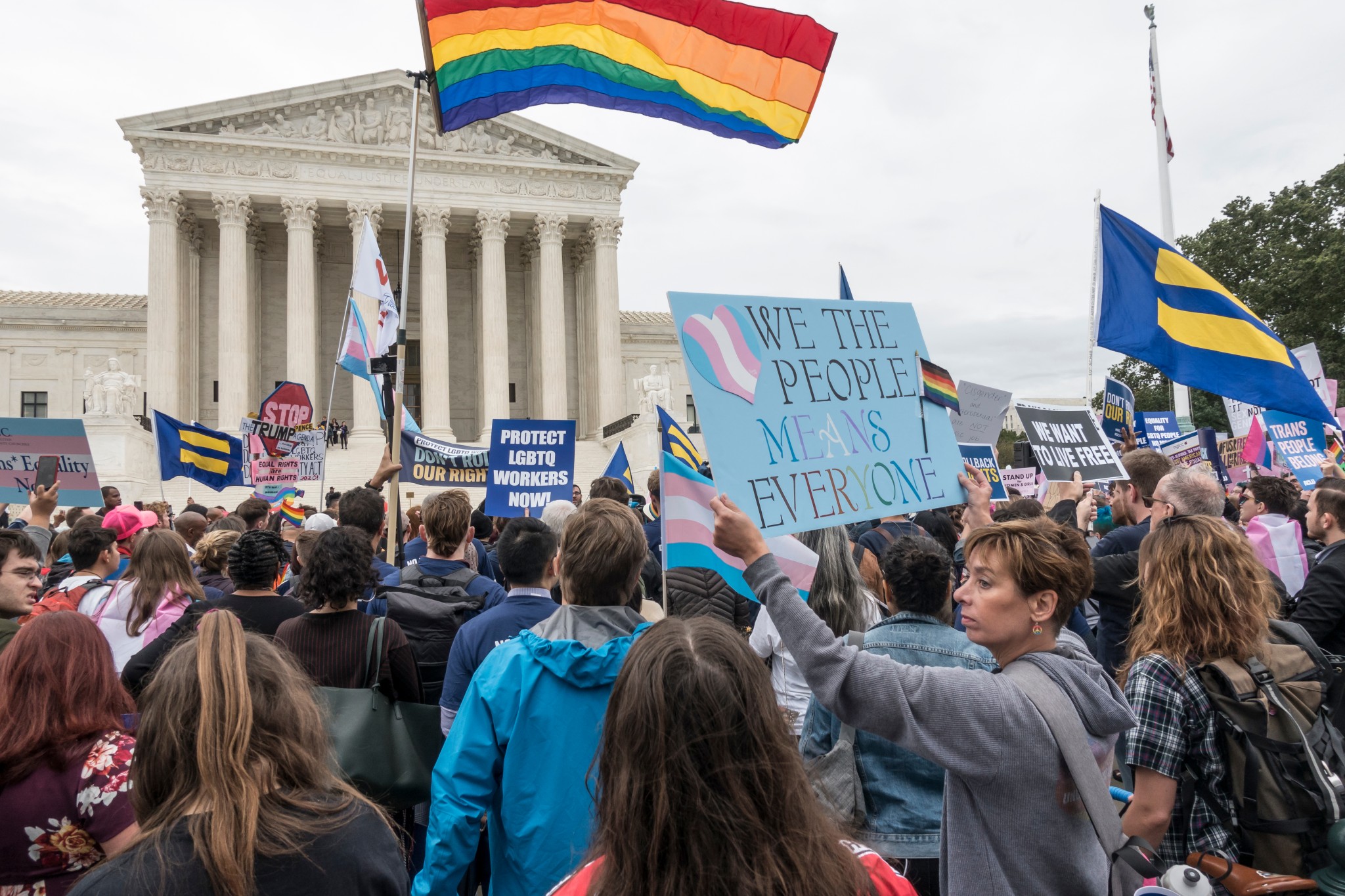 Secularists have long sought to undermine the autonomy of religious organizations. Demanding freedom for themselves while denying it to others, secularists increasingly target the employment practices of religious schools, churches, and charities. Unable to rest until everything is secularized, including religion itself, the secularists argue ludicrously that religious organizations have a constitutional duty to hire and retain applicants who disagree with their mission.

Even Justice Elena Kagan was startled by the Obama administration’s presumption in trying to dictate employment policies at a church. To Leondra Kruger, who represented the Obama administration in the case, Kagan said, “Do you believe, Ms. Kruger, that a church has the right that is grounded in the Free Exercise Clause and/or the Establishment Clause to institutional autonomy with respect to its employees?” Kruger replied, “We do not see that line of church autonomy principles in the Religion Clause jurisprudence as such.”

Earlier in the hearing, Justice Antonin Scalia had exploded at Kruger: “That’s extraordinary! There, black on white in the text of the Constitution, are special protections for religion. And you say it makes no difference?” Kagan agreed with Scalia, telling Kruger, “I too find that amazing, that you think that the Free — neither the Free Exercise Clause nor the Establishment Clause has anything to say about a church’s relationship with its own employees.”

But this defeat didn’t dampen the enthusiasm of secularists for these cases. They continue to press them, giving the lie to their conceit about the “separation of church and state.” They clearly want religion subjugated to the state. The model they favor is more akin to what the German sociologist Max Weber called “caesaropapism,” which he defined as the subordination of religion to “secular power.” President Joe Biden’s insistence that Christian adoption agencies and colleges embrace his woke agenda is just a modern manifestation of caesaropapism.

Last week, Justice Samuel Alito, who has emerged as the strongest defender of religious freedom on the Supreme Court, pointed out that it will have to revisit secularist encroachments upon religious organizations. He was commenting in particular on a ripening case in Washington state that pits a self-described bisexual applicant against a Christian nonprofit dedicated to serving the homeless, Seattle’s Union Gospel Mission. The applicant, Matthew Woods, claims he has a constitutional right to work at the religious nonprofit despite his opposition to and violation of its standards.

Washington’s State Supreme Court is allowing the case to move forward. Alito agrees with his colleagues that the case isn’t sufficiently resolved for the U.S. Supreme Court to hear it yet, but notes that the “day may soon come when we must decide whether the autonomy guaranteed by the First Amendment protects religious organizations’ freedom to hire co-religionists without state or judicial interference.”

What’s at stake here, says Alito, is no less than the survival of these organizations. Their enemies intend to destroy them by dictating who they can and can’t hire.

The Seattle case, he observes, “illustrates that serious risk,” as “Woods applied for a position with the Mission not to embrace and further its religious views but to protest and fundamentally change them.”

Washington’s State Supreme Court is entertaining the case on the bogus claim that religious organizations have a right to choose their “ministers” but not their non-ministerial employees. This claim has been invented out of thin air and would obviously wreak havoc on the mission of these organizations. Were that view to prevail, Catholic schools would have to hire teachers in gay marriages and Christian adoption agencies would have to hire LGBTQ activists as social workers.

That view also contradicts the precedents of the Supreme Court, says Alito: “The Washington Supreme Court’s reasoning presumes that the guarantee of church autonomy in the Constitution’s Religion Clauses protects only a religious organization’s employment decisions regarding formal ministers. But our precedents suggest that the guarantee of church autonomy is not so narrowly confined. As early as 1872, our church-autonomy cases explained that ‘civil courts exercise no jurisdiction’ over matters involving ‘theological controversy, church discipline, ecclesiastical government, or the conformity of the members of the church to the standard of morals required of them.’”

Let’s hope the Supreme Court heeds Alito’s call. His colleagues have been tinkering at the edges of religious freedom, but they need to vindicate it completely according to the originalist intentions of the Founding Fathers. Otherwise, a future of Bidenopapism awaits America.