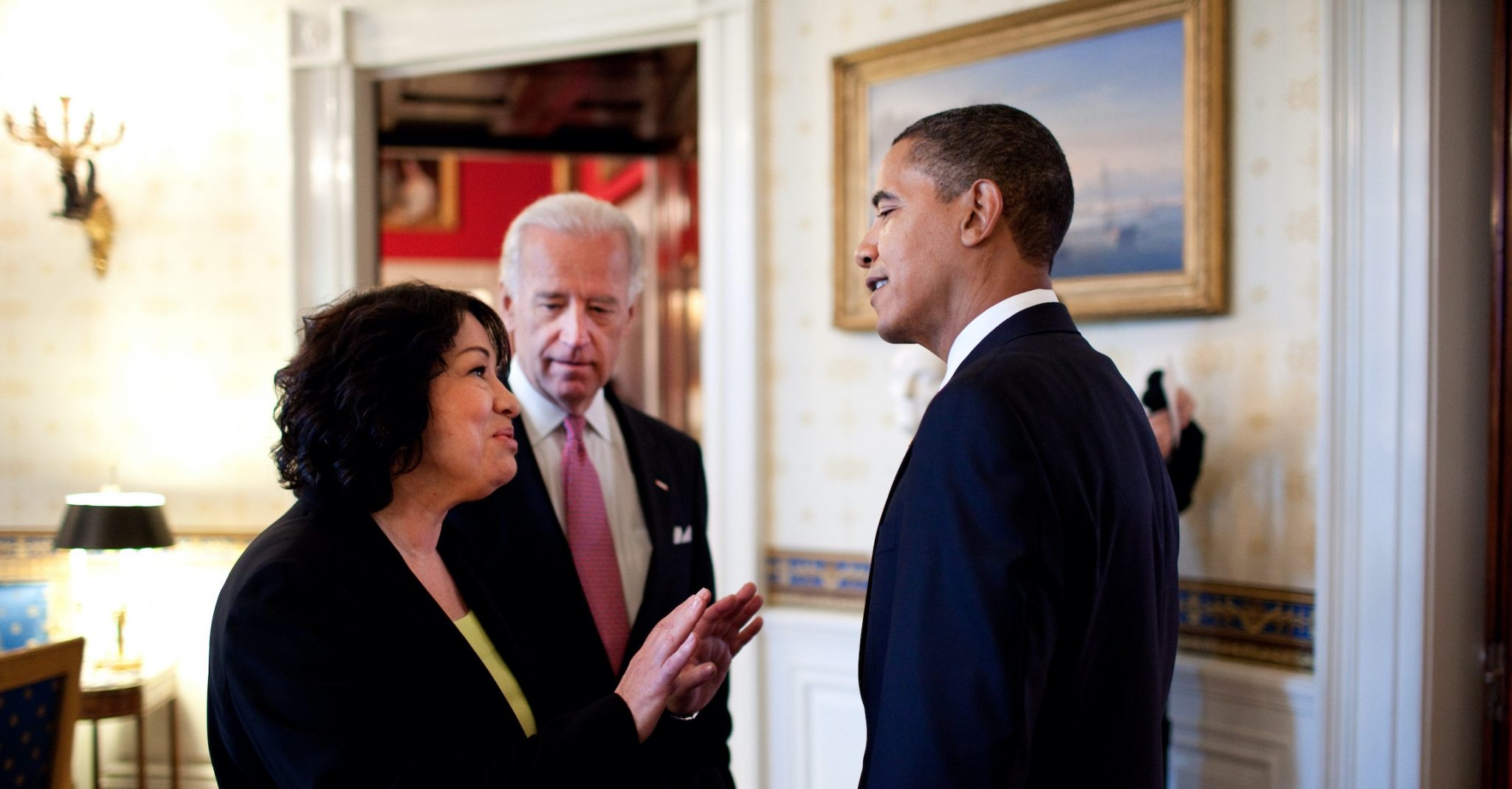 In other words, his ideal judge is a left-wing activist willing to legislate from the bench according to whatever the liberal zeitgeist demands. Biden calls Trump an enemy of democracy, but what could be less democratic than Biden’s view of the courts? He seeks to achieve through them what he can’t accomplish legislatively. His judges would regularly deprive the people of the freedom to govern themselves.

Biden has opposed Trump’s judges not for their lack of legal credentials but for an originalism that impedes the Democratic Party’s ideological whims. Biden favors an overtly politicized judiciary, a view that he summed up at the beginning of the Robert Bork hearings: “Will we retreat from our tradition of progress or will we move forward, continuing to expand and envelop the rights of individuals in a changing world which is bound to have an impact upon those individuals’ sense of who they are and what they can do?”

Biden fancies himself a legal scholar, but his old professors from Syracuse law school would probably disagree. He finished at the bottom of his class and got nabbed for ripping off a law review article and putting it into one of his papers. This has never stopped Biden from talking down to conservative nominees, projecting on to them his own political machinations. He cast Robert Bork as a mere conduit for the “Reagan-Meese” agenda.

We can expect Biden to pull the same demagogic tricks while commenting upon the upcoming Supreme Court nomination fight. He is likely to smear Trump’s nominee not only as an originalist troglodyte but also a dangerous Christian. Dianne Feinstein famously dismissed Amy Coney Barrett for her Catholicism — that the “dogma lives loudly” within her. Biden and Kamala Harris — who, recall, browbeat one Trump judicial nominee for mere membership in the innocuous Knights of Columbus — will pick up where Feinstein left off.

In Biden and Harris, the most anti-Catholic ticket ever, secularist dogmas live loudly. Even as the Democratic Party grows more and more irrational and superstitious — look at all the dabbling its members do in New Age nonsense — it acts as though it enjoys a monopoly on “reason.” References to “reason” and “science” pepper the smug daily discourse of liberalism, often coming from blogging celebrities who are barely literate.

Out of this conceit will come a fusillade of attacks on Trump’s nominee. But it is modern liberalism and post-Christian culture, not the religious, that pose the greatest threat to the integrity of the Constitution.

Contrary to Biden’s presumptuous secularism, the Constitution was not written by secularists for secularists. It was written for a self-governing “Christian people,” as many of the founding fathers explained, some of whom correctly doubted that it would survive the dissolution of Christianity. Biden’s anti-Constitution, what he calls “living” but is in fact calculated to kill the real one, represents the fulfillment of those fears.

It is secularism, not Christianity, that has shredded the Constitution, leading to the invention of rights and a judicial despotism under which the people have lost power to nine unelected lawyers. For all his talk about “reason,” Biden, like Obama before him, seeks judges who act on raw emotion. It was Biden who helped prepare Sonia Sotomayor for her hearings — the same jurist who said that a “wise Latina with the richness of her experiences would more often than not reach a better conclusion than a white male who hasn’t lived that life.”

And it was Biden who nodded in agreement when Obama said that he looks to the high court for “empathy.” Emotion, not knowledge of the Constitution, would guide his selections, Obama said: “We need somebody who’s got the heart, the empathy, to recognize what it’s like to be a young teenage mom. The empathy to understand what it’s like to be poor, or African American, or gay, or disabled, or old. And that’s the criteria by which I am going to be selecting my judges.”

Using this standard, Obama stacked the federal courts with ACLU-style judges who read the First Amendment through an ahistorical and atheistic prism, judges like Virginia federal judge Michael Urbanski, who once ruled that in public settings the Ten Commandments should be reduced to the Six Commandments, omitting the ones that mention God.

Should Biden win, the judiciary will return to this corrosive activism, which reduces the Constitution to a blank piece of paper on which the Democrats can write whatever they want. In Biden’s ideal judges, the real Constitution sounds not at all.