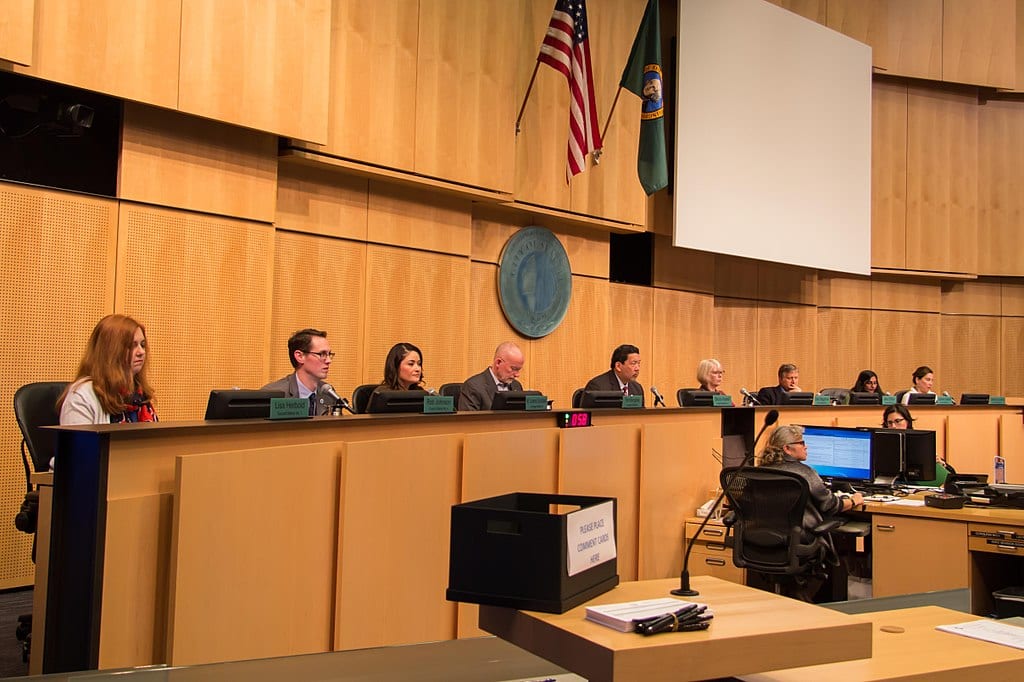 In the wake of Seattle’s decision to enact an Employee Head Tax (EHT) to fight homelessness, media reporting has largely focused on the backlash from large businesses such as Amazon. It’s not hard to see why. Amazon, which employs more than 10 percent of the city’s workforce, has suspended planned investments in protest, and more than 100 leaders of large businesses operating in the city signed an open letter opposing the tax increase. But local residents tired of Seattle’s stagnant economic situation are beginning to take action against the EHT as well.

It is truly difficult to imagine a worse mechanism for fighting homelessness than the one Seattle decided to implement. Seattle’s EHT would tax employers with revenues of at least $20 million at the rate of approximately $275 per employee, per year. Yes, you’re reading that correctly. No, there’s not some arcane economic logic at play here beyond the understanding of mere mortals such as us. Seattle plans to fight homelessness by taxing employers for hiring people.

With those facts in mind, using a per-employee tax to try to fight homelessness is a bit like a snake eating itself to try to grow larger. It doesn’t take an advanced degree in Econ to know that taxing something gets you less of it. Taxing businesses for every person they employ gives them a very strong incentive to minimize the number of names on their payroll.

Seattle does have a serious homelessness problem that should not be dismissed. The county has the third-largest homeless population in the country, estimated at a little over 11,500 people in 2017. Homeless camps are growing rapidly, such as the so-called “Jungle 2.0” that houses over 50 homeless Seattleites. Their expansion has created tension with residents — “unauthorized camping” complaints have increased from just a handful per month in 2012 to over 1,000 per month in early 2018.

But the responses designed by Seattle’s government have some residents up in arms. Matt Dubin, a candidate for State Representative in Washington’s 36th Legislative District, has begun collecting signatures on a proposal for a city-wide referendum to repeal the tax.

He predicts that the effort will blow away the 18,000 signatures required for a referendum, expecting more than 50,000 signatures by the June 15 deadline. “I have never seen such a community groundswell of support for a referendum. People are actively looking for places where they can sign, and they’re taking 3 or 4 petitions with them to gather signatures themselves,” Dubin says.

Indeed, polling data shows that Seattleites oppose the EHT by a margin of 54 to 38 percent. Part of the reason for their frustration is that Seattle’s government has been spending money at a breakneck pace these past few years. While the city’s population has jumped by 11 percent, tax revenue has jumped 35 percent and government spending has increased by an astounding 40 percent.

Where that revenue has come from is one major problem. Seattle relies heavily on regressive taxes on gambling, utility providers, ticket admissions, and sugary beverages. As a result, a report by the left-leaning Economic Opportunity Institute found that Seattle has the most regressive taxes in the state, collecting over 17 percent of the income of a resident making $25,000. The next-largest city in the state, Spokane, taxes residents at that income level nearly 7 percent less.

And Seattle’s not done there. Its city council waited only one week after passing the head tax to propose another property tax increase. This comes in the wake of a substantial property tax increase just last year that caused many Seattleites to flee King County. As the old saying goes, if you give a mouse a cookie…

But what has the increased spending gone towards? A Seattle Times investigation found that nearly all city departments grew, public safety costs spiked by $100 million, transportation spending doubled, and employee wages jumped to $1.1 billion as nearly half of city employees made over $100,000 a year. Amid this kind of out-of-control spending, it’s no surprise that Seattle residents are tired of footing the bill.

Spending on the homeless has been particularly ineffective. Total spending on the King County homeless population was $190 million, or about $17,000 per person. Despite this kind of spending — or maybe because of it? — the homeless population continues to rise. Dubin is therefore one of many who are calling for an audit of how the city is using the money it dedicates towards combating homelessness. “We spend nearly the most per capita on homelessness of any large city in the United States, yet we have the third highest homeless population,” Dubin says. “Compassion demands more than spending. Compassion demands results.”

Yet despite the failure of tech hubs to spend their way out of homelessness crises, cities seem determined to look anywhere but at the root causes. Mountain View, California, home to Google, is also considering an EHT to raise revenue. Its mayor, Lenny Siegel, recently claimed the city’s problem was that it had “too many good jobs,” and that an EHT might relieve pressure on transit and the housing market by cutting back on the influx of tech workers.

Pressure on transit systems is a real issue as well, but this too would be addressed if tech cities were honest with themselves that the issue is insufficient housing density. Despite adding 100,000 new jobs since the recession, Seattle has added barely 32,000 new housing units. Zoning rules in neighborhoods in and around Seattle make it difficult to build anything larger than a single-family home.

When housing supply is artificially constricted while demand continues to rise, the price of housing will continue to rise. This pushes residents onto the streets or out further into the suburbs, forcing transit systems to service areas further out. “The Seattle zoning code and land use regulations, as well as the Washington State Growth Management law, have absolutely driven our housing shortage,” argues Dubin. “The regulatory cost of new construction in Seattle represents 40% of the total cost. 65% of our city’s land mass is zoned single family residential.”

Dubin says he understands people’s wariness about “indiscriminate zoning,” but advocates a similar approach to the one California’s state legislature attempted (and failed) to implement: automatic upzoning near transit stations. This would increase housing supply while encouraging people who rely on metro access to move back into the city, reducing the strain on the transit system.

Seattle needs to address the underlying issues facing it, not just paper over the problem with temporary fixes like funding for encampments and affordable housing units. Zoning rules that remove artificial constraints on housing supply and bring down the cost of living under a roof are a critical part of any anti-homelessness campaign. Taxing employers for hiring, however, is absolutely not.