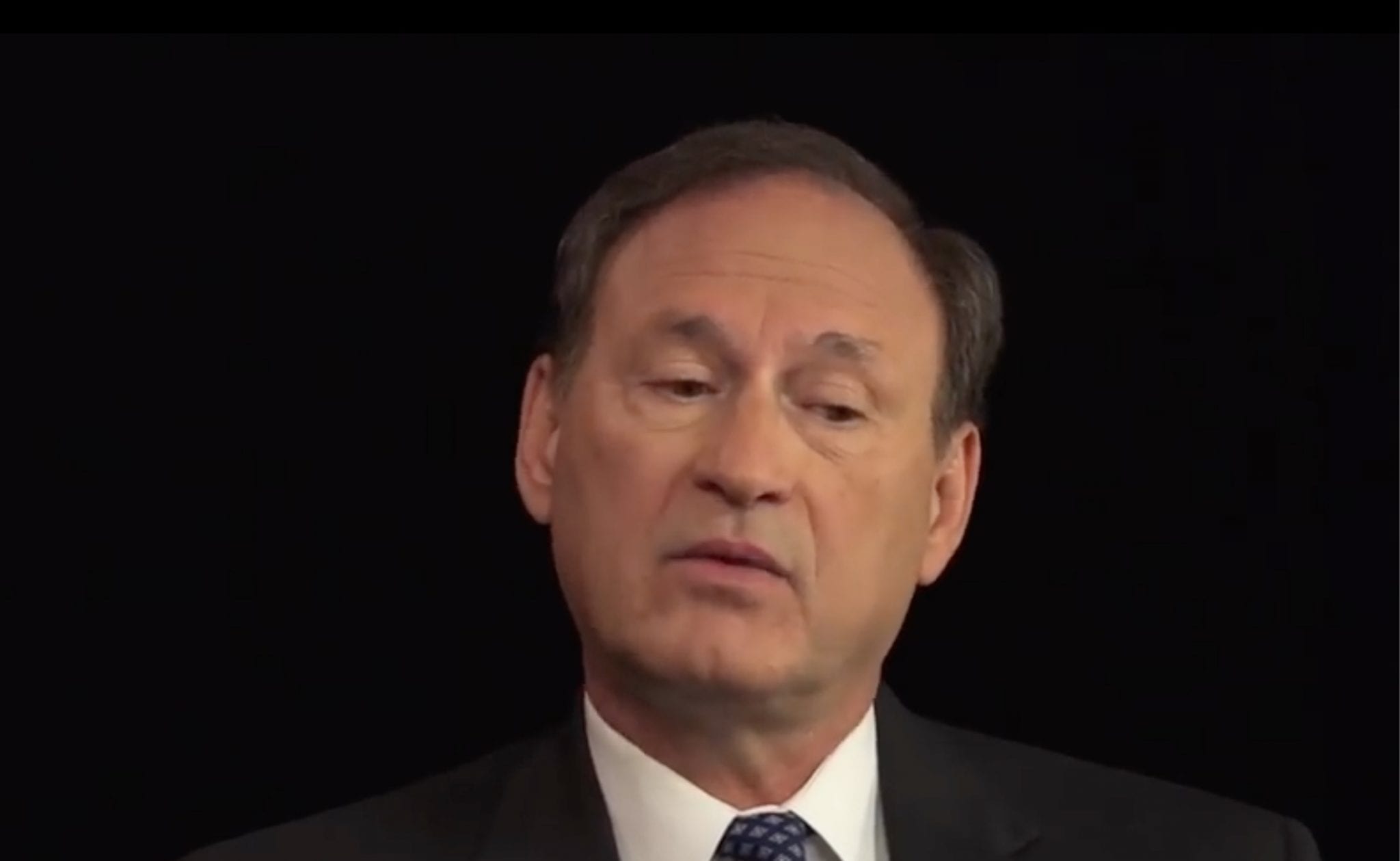 On Tuesday the Supreme Court ruled in favor of the Trump administration in Nielsen v. Preap, allowing the Department of Homeland Security to detain illegal aliens without bond while awaiting deportation for committing crimes within our borders. The decision reversed a ruling by the Ninth Circuit Court of Appeals. It was authored by Justice Samuel Alito, who was joined by Chief Justice John Roberts as well as Justices Thomas, Gorsuch, and Kavanaugh. The ruling involved a class-action lawsuit brought on behalf of various resident aliens, including a few with Green Cards, convicted of crimes for which U.S. law mandates deportation.

The respondents challenged the Trump administration’s interpretation of the Immigration and Nationality Act, which requires DHS to take any alien convicted of a deportable crime into custody “whether the alien is released on parole, supervised release, or probation, and without regard to whether the alien may be arrested or imprisoned again for the same offense.” The American Civil Liberties Union (ACLU) argued the case for the immigrants and insisted that the offender must be taken into custody immediately upon release from prison (after serving his sentence for the original crime). Justice Alito disposes of that spurious claim as follows:

Especially hard to swallow is respondents’ insistence that for an alien to be subject to mandatory detention under §1226(c), the alien must be arrested on the day he walks out of jail (though respondents allow that it need not be at the jailhouse door—the “parking lot” or “bus stop” would do).… Even if subsection (c) were the only font of authority to detain aliens without bond hearings, we could not read its “when … released” clause to defeat officials’ duty to impose such mandatory detention when it comes to aliens who are arrested well after their release.

In other words, the authority to detain aliens who have committed any of the clearly delineated category of crimes covered by the statute does not rest solely on the provision relied upon by the ACLU’s attorneys, and no reasonable interpretation of that provision leads to their “when … released” argument. Justice Alito also makes it clear that the ACLU lawyers have not really attempted to interpret the text reasonably. Instead of demonstrating that the statute supports their argument, they attempt to muddle the plain text of the statute, as well as its relevant provision, by reinventing the rules of English grammar. Alito calls them out thus:

Respondents contend that an adverb can “describe” a person even though it cannot modify the noun used to denote that person, but this Court’s interpretation is not dependent on a rule of grammar.… The grammar merely complements what is conclusive here: the meaning of “described” as it appears in §1226(c)(2).… That is the relevant definition…

If your eyes are bleeding after perusing the above passage, this is what separates the first and second string players in the judicial “bigs.” The basic point Alito is making here is that the text of the statute means what it says, and no amount of grammatical Jiu Jitsu will change that meaning. He goes on to point out that, even if the ACLU’s “when… released” argument could be justified by the actual text of the law, it would by no means relieve the Department of Homeland Security of its duty to arrest the offender:

Or more precisely, a statutory rule that officials “‘shall’ act within a specified time” does not by itself “preclud[e] action later.”

Not all the justices took this view, of course. The position of the minority was laid out in a dissent written by Justice Stephen Breyer, who focused on the rights of the aliens impacted by Tuesday’s ruling. He placed particular emphasis on depriving any “person” of “liberty” without “due process of law.” But, while noncitizens do have some constitutional rights, they don’t enjoy all the rights of U.S. citizens. And they are certainly subject to our immigration laws. Breyer nonetheless opined that the Court should have given far more consideration to the basic promises that America’s legal system has long made to all “persons.” He continued thus:

I would have thought that Congress meant to adhere to these values and did not intend to allow the Government to apprehend persons years after their release from prison and hold them indefinitely without a bail hearing. In my view, the Court should interpret the words of this statute to reflect Congress’ likely intent, an intent that is consistent with our basic values.… I fear that the Court’s contrary interpretation will work serious harm to the principles for which American law has long stood.

One could hardly ask for a better example of what’s wrong with liberal jurisprudence. It isn’t the Supreme Court’s job to reflect on the “likely intent” of Congress. The justices can determine the intent of that body by reading the words our representatives put in the laws Congress passes. The intent of the Immigration and Nationality Act can be found in its text. This is why every conservative in the nation should be grateful for the outcome of 2016. Donald Trump is the reason Justices Gorsuch and Kavanaugh are on the Court. Imagine how Nielsen v. Preap would have been decided if SCOTUS had been dominated by people who think like Breyer.