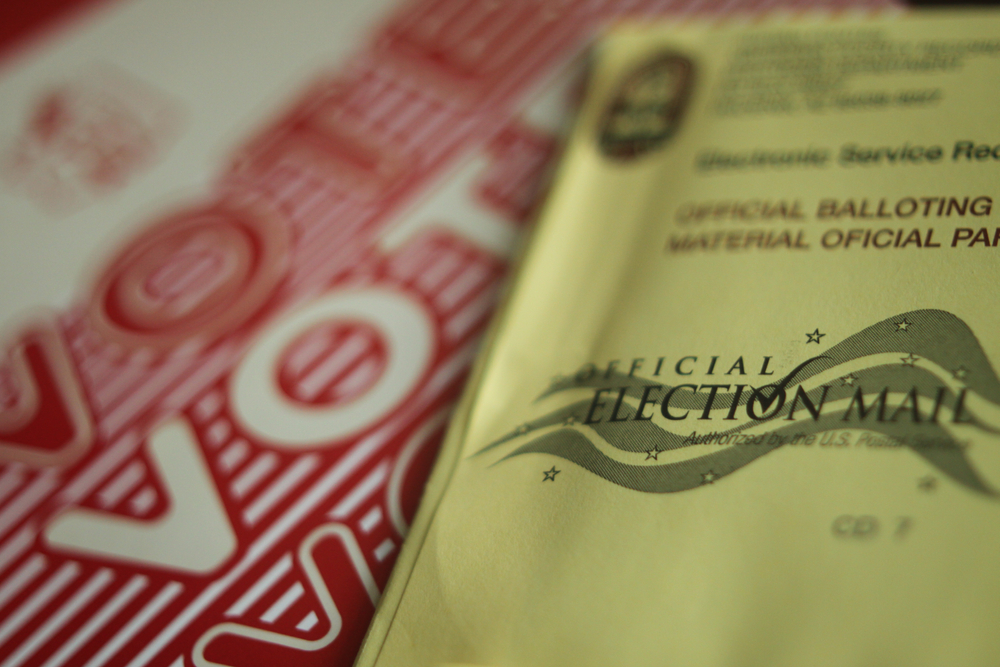 On Thursday, the Supreme Court upheld two longstanding provisions of Arizona election law, provoking widespread trepidation among the Democrats. In a 6-3 ruling authored by Justice Samuel Alito, the Court held that it was permissible for the state to limit ballot harvesting and out-of-precinct voting. Such limitations are commonplace throughout the country, but the Democratic National Committee (DNC) took Arizona to court arguing that these two violated Section 2 of the Voting Rights Act (VRA). The DNC lost but appealed to the Ninth Circuit Court of Appeals, which ruled against Arizona. SCOTUS overturned that ruling and the panicked Democrats  inevitably denounced the Supreme Court’s decision as a brazen assault on democracy.

President Biden, for example, responded to the ruling with characteristic hyperbole: “In a span of just eight years, the Court has now done severe damage to two of the most important provisions of the Voting Rights Act of 1965.” What really worries Biden is the probability that Democrats won’t fare well in 2022 without easily abused voting practices like ballot harvesting. If the Court had accepted the DNC’s logic on the VRA, attacks on election integrity laws such as that which the Biden administration has launched against Georgia’s recently passed voting reforms would have escalated nationwide. It is no coincidence that Justice Alito’s opinion emphasized the legitimacy of state efforts to prevent fraud:

One strong and entirely legitimate state interest is the prevention of fraud. Fraud can affect the outcome of a close election, and fraudulent votes dilute the right of citizens to cast ballots that carry appropriate weight. Fraud can also undermine public confidence in the fairness of elections and the perceived legitimacy of the announced outcome.… But prevention of fraud is not the only legitimate interest served by restrictions on ballot collection. As the Carter-Baker Commission recognized, third-party ballot collection can lead to pressure and intimidation.

Our new president was by no means the only Democrat who denounced the Supreme Court on Thursday. Vice President Kamala Harris delivered herself of the following: “Today, the U.S. Supreme Court handed down a decision that will undoubtedly restrict the right to vote, and in particular, for voters of color.” She didn’t explain how limiting ballot harvesting and out-of-precinct voting disproportionately harms people of color. She did, however, parrot Biden’s absurd claim that the ruling was part of a sinister conspiracy by SCOTUS to destroy the VRA: “After Shelby County v. Holder, this is the second time in the last eight years that the Supreme Court has dismantled crucial protections of the Voting Rights Act.”

Predictably, congressional Democrats are attempting to use the Court’s ruling in Brnovich v. DNC as Exhibit A in their case for passage of federal legislation that would usurp the constitutional prerogative of states to make their own election laws. Senate Majority Leader Chuck Schumer (D-N.Y.) said as much in the following statement: “These decisions today only further underscore the need for Congress to act to preserve democracy by ensuring that every eligible American is able to freely exercise their fundamental right to vote and that billionaires are no longer able to buy elections.” House Speaker Nancy Pelosi (D-Calif.) was much more explicit in her call for federal arrogation of state lawmaking powers:

The solution is clear: H.R. 1/S. 1, the For the People Act. The For the People Act would be a remedy for the assault on the vote and on our democracy, and would prevent the disasters in both cases. We also need H.R. 4, the John Lewis Voting Rights Advancement Act, to combat the brazen voter suppression threatening to erode our democracy. As we prepare to celebrate the Fourth of July and the blessings of liberty bestowed upon our nation, all Members must recognize their responsibility to secure and save our democracy with H.R. 1 and H.R. 4.

Pelosi’s “solution” has little to do with any assault on democracy by the Supreme Court and even less to do with voter suppression by the states. Both of these “threats” are fictions concocted for the consumption of the Democratic base. What she and the others noted above really fear is the steady erosion of their party’s influence at the state level. The Arizona election laws to which she and the others object resulted from the steadily rising tide of Republican power in the nation’s heartland — a tide that will almost certainly wash away the tiny majorities the Democrats now control in Congress. They know that the electoral loopholes they exploited in 2020 will be gone by next year, and they are afraid.

It’s a valid fear. The “Biden Agenda” is already sputtering, and there is considerable tension between the far-left and moderate wings of their party. Even worse, the voters are worried about the crisis at the border, the metastasis of critical race theory in public schools, inflation at the gas pump and grocery store, rising crime rates, ad infinitum. The Democrats correctly believe that, without the kind of control HR 1 and HR 4 would give them over the nation’s election machinery, the GOP will easily pick up the few seats they need to regain control of Congress in 2022. Thus the bluster about the Supreme Court ruling in Brnovich v. DNC. The prospect of a level playing field in 2022 is causing them to panic.