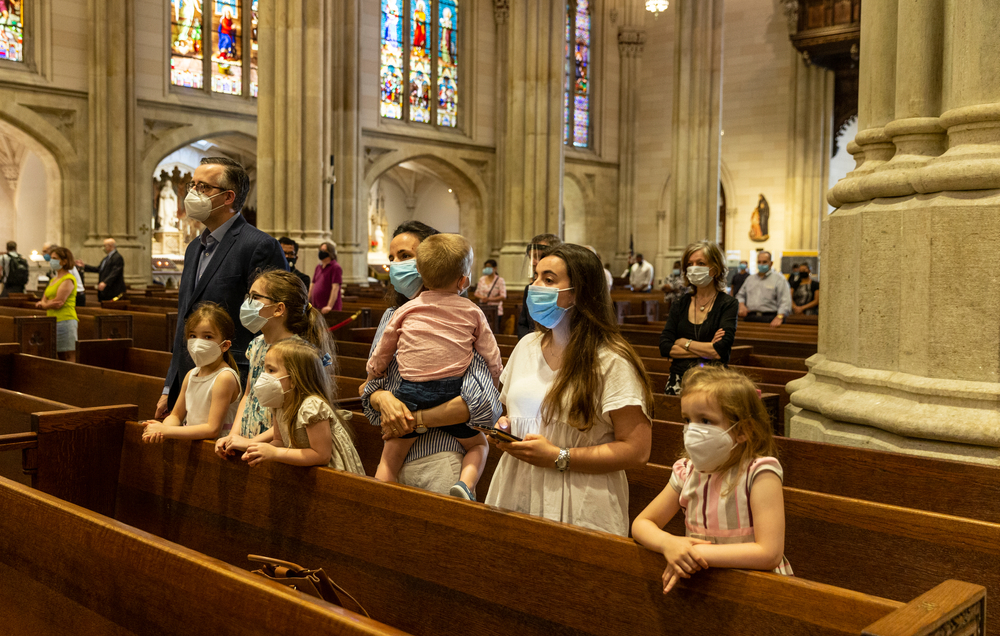 One could say something similar to religious groups seeking relief from COVID restrictions with the Supreme Court. In the main, religious liberty claims have fared moderately well before the Court the last couple of years. Yet COVID-related litigation proved an exception. Since spring, the justices have brushed off COVID-based religious liberty claims, usually by 5-4 margins.

Until now, that is. Late on Thanksgiving eve, the Court granted an injunction freezing enforcement of New York Gov. Andrew Cuomo’s executive order limiting religious gatherings. The justices did so by a 5-4 margin. With the addition of Amy Coney Barrett, religious adherents had the SCOTUS votes.

Does this decision mark a new direction for the Court on COVID regulations? Granted, the majority stated that New York’s restrictions went beyond those that previously came before the justices. Perhaps the Court had not changed, only the regulations it reviewed. But this Thanksgiving-week decision did not abide alone for long. The justices now have required a lower court to reconsider California’s restrictions on religious assembly in light of its New York decision.

The Court’s important shift in outcomes stemmed seemingly from more modest changes in reasoning. In past decisions, the justices have argued that state and local governments possess tremendous leeway in addressing the pandemic. Here, the majority reiterated that point when it said, “Stemming the spread of COVID-19 is unquestionably a compelling interest.” A compelling interest is legal-speak for the most important of government objectives, and the more important the objective, the more room judges think government have to act. Nor did past rejections of religious claims deny the existence of religious liberty. The Court restated its commitment to protecting Free Exercise by requiring that religious groups receive the same treatment as similarly situated secular gatherings.

But in past decisions, the Court had deferred to what governments considered similarly situated. Now they seem more aggressive in questioning these categorizations. This most recent opinion found troubling that places such as “acupuncture facilities, camp grounds, [and] garages” faced much different, more lax rules than houses of worship. The majority further noted the lack of outbreaks in the religious institutions suing, saying that the facts did not justify New York’s special, more restrictive treatment of them.

More rigorous equal treatment of religious groups, in itself, does seem rather modest. But the way the Court critiqued New York’s categorizations portends a potentially bolder future. The Court did not focus on similarities or disparities grounded in susceptibility to transmitting the virus. Issues like ability to social distance or to meet indoors versus outdoors, for example, received little attention. Instead, the Court turned to the now well-known designations of “essential” and “non-essential” jobs. The majority bristled at the fact that New York gave religious gatherings stricter limits than both essential and non-essential secular work.

In doing so, the Court would come closer in its COVID decisions to recognizing religious practice’s privileged place in our constitutional system. The Constitution provides general protections for speech and assembly. Many kinds of thought and belief fall under those canopies. But our governing document gives special, named protection for religious adherents. And so it should be. For what could be more essential work than that pertaining to the eternal status of one’s soul?

Moreover, in taking these steps for religious liberty, the Court showed a willingness to act with greater independence in a crisis than has been normal for judicial bodies. In the Civil War’s aftermath, for instance, a Court decision limiting presidential power admitted that during the conflict, “questions of safety were mixed with power” and “the temper of the times did not allow that calmness in deliberation and discussion so necessary to a correct conclusion of a purely judicial question.” Courts have tended to shrink back in a crisis, bowing out to other actors.

But today’s Court has asserted that “even in a pandemic, the Constitution cannot be put away and forgotten.” Even more, the New York decision shows a willingness to go beyond asserting this point abstractly. The Court’s majority actually decided against deference in the midst of crisis when the Constitution called for it.

Therefore, on COVID regulations, religious liberty now has the votes. Let us hope they continue to add reasons for believers to give thanks.