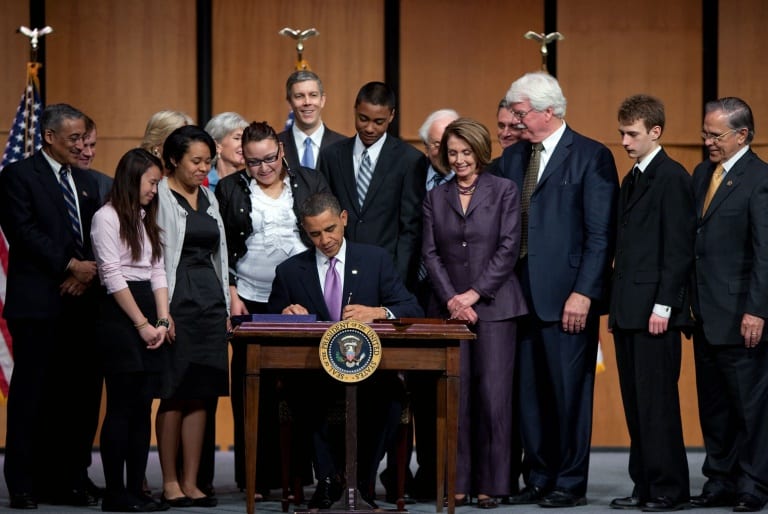 When Americans pay good money for private health insurance, they expect their insurance company to pay their emergency medical bills. But insurers don’t always pay. So how do they get away with it?

In the 2010 Patient Protection and Affordable Care Act (“Obamacare”), the federal government wanted to make sure that the law included protecting patients against emergency out-of-network bills. And it should come as no surprise, since this is the very essence of why people have health “insurance,” that insurers were supposed to pay. But powerful insurance interests pressured federal regulators to let them pay an amount based on how their plans determined out-of-network payments. This gave insurers a massive loophole — an escape clause that, shamefully, these schemers exploit to the maximum extent.

At that time, health insurers generally determined out-of-network fees based on a regional charge database. Once they enshrined their preferred regulation, however, they then started encouraging people to buy insurance plans with much poorer out-of-network benefits (e.g., benefits tied to the sharply discounted Medicare fee schedule). Quite simply, the health insurance industry pulled a classic “bait and switch”: when customers scheduled services with out-of-network doctors, they discovered (after it was too late) that their “coverage” would only “cover” a small percentage of the bill. This is quite the opposite of what insurance is meant to do.

Worse, patients were doubly deceived by insurers. Health insurers never adequately explained to policyholders that switching to an essential out-of-network benefit meant the insurance company wasn’t obligated to pay for most of their emergency out-of-network bills. At the same time, these insurers were offering doctors lower reimbursement rates for services, driving them out of the network. More doctors leaving a network means fewer opportunities for customers to get services “in-network.” Fewer in-network opportunities sharply increases the risk of surprise bills from doctors who are out of the network.

Meanwhile, since then, private health insurance companies have been generating tens of billions of dollars in record profits, and their CEOs are taking home compensation packages close to $20 million per year. This is money that they should be using to pay people’s emergency bills. Instead, it is lining corporate coffers, overpaying executives who are offering poorer services to customers, and funding a vast influence machine in Washington that is trying to create more loopholes and escape clauses in federal rules and regulations.

The answer to surprise medical bills isn’t outlawing doctor and hospital bills — or creating price controls. The answer is insurance companies living up to their obligations — both in name and law. “Insurance” is supposed to mean something — it’s supposed to mean that a family isn’t hit with a nasty financial surprise when seeking necessary medical treatments. Either the regulatory loophole should be fixed or Congress should consider looking at reforms like those in New York State. New York requires insurers to pay bills that are consistent with other regional out-of-network charges and payments. It has worked extremely well in the last five years since its enactment. Even private health insurers are happy with the outcomes. At the federal level, Congress should consider adopting something similar — or at least looking at making such reforms part of a more sweeping package.