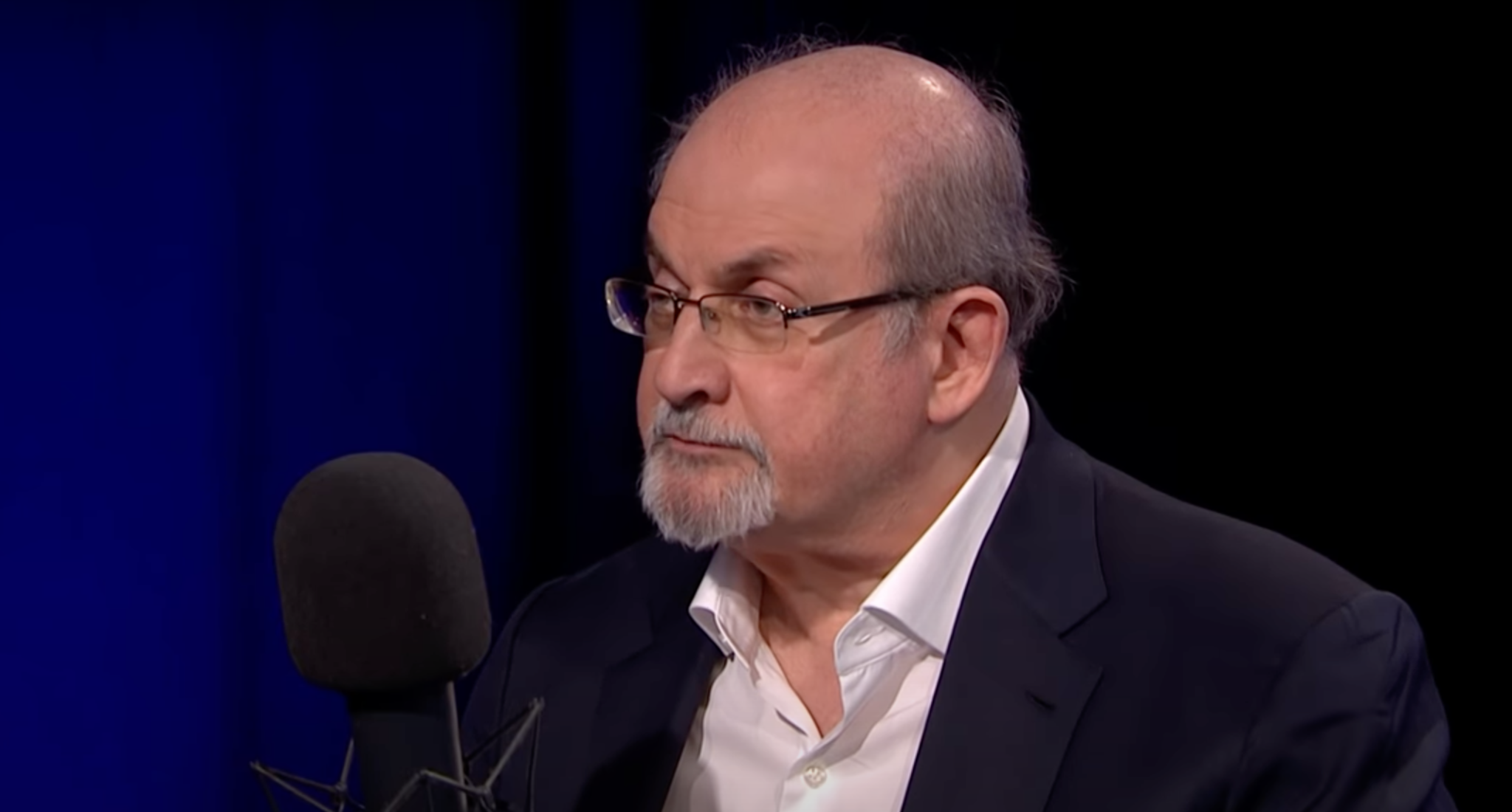 The horrific attack on novelist Salman Rushdie has prompted HBO host Bill Maher to call for more “debate” about Islam and its “dangerous” character. But that won’t happen, of course. Maher’s fellow liberals dread any such discussion. They insist that Islam is a “religion of peace,” even as their frightened silence about it belies the claim.

The media coverage of the attack on Rushdie has seemed thin and evasive, as if liberals are loath to dwell too long on yet another act of Islamic violence. But if a prominent critic of Christianity ever lost an eye to a “Christian nationalist” stabber, you can be sure that the media would hold endless panel discussions about it. We would hear loud editorial calls for “reforming” Christianity and so forth.

Rushdie rightly considered it madness that the very religion most opposed to European multiculturalism receives its most benevolent and protective treatment.

Usually hostile to traditional religions, the secularists in the press always hesitate before making any demands upon Islam. It is the one religion that they don’t seek to secularize. The mildness of Christianity in comparison to Islam is never acknowledged by them. Instead, they grow more and more determined to cast Christianity as a uniquely dangerous religion. Joe Biden and the Democrats are quick to call traditional Christians opposed to the LGBTQ agenda “discriminatory” and “bigoted” but they wouldn’t dream of slapping such labels on Muslims.

As we saw last week, some of the same liberals who apologize for militant Islam view the Catholic rosary as a symbol of “violent extremism.” How dare Christians recognize a power above the state! As in the days of decadent ancient Rome, virtuous Christians are seen by secularists as the worst citizens and a threat to the state’s designs. But secularists bear no such resentment toward Muslims for their otherworldliness.

Liberals can rattle on about the “hate speech” contained in the Bible — Finland earlier this year put Christians on criminal trial for citing it — but they would never dare level such a charge against the Quran. Liberals can accuse Christianity of a “war on women” for opposing “reproductive services” while overlooking the obvious misogyny in Islamic countries. (READ MORE by George Neumayr: A Christian Heroine in Finland)

Rushdie is the rare liberal willing to call Islam illiberal, and he has paid a severe price for that honesty. A few other liberals, such as Maher and Christopher Hitchens, joined him in this criticism. But many liberals shunned Rushdie for criticizing Islam. They refused to admit that the fatwa against him illustrated the very crisis in Islam his criticism pointed out. Former President Jimmy Carter rebuked him for a “direct insult to those millions of Moslems whose sacred beliefs have been violated.” Katha Pollitt at the Nation recalls the string of liberal luminaries who distanced themselves from Rushdie after The Satanic Verses appeared, “among them John Le Carré, John Berger, Liberal Democrats doyenne Shirley Williams, Roald Dahl, and Germaine Greer.” (Some on the right, including Pat Buchanan, also expressed displeasure with his book.)

Liberals could celebrate blasphemies against Christianity — recall their defense of Martin Scorsese’s The Last Temptation of Christ — but they drew a line at Rushdie’s work. Suddenly, Voltairean liberals fell silent about the value of robust free speech and subjecting religion to rationalist scrutiny. Even after the Islamic massacre at the French satirical publication Charlie Hebdo, many European liberals couldn’t rouse themselves to defend the “Enlightenment values” that they supposedly hold dear. Hundreds of liberal writers opposed the awarding of any honors to Charlie Hebdo, which left Rushdie dismayed. Referring to the critics of Charlie Hebdo, he said, “I’ve since had the feeling that, if the attacks against The Satanic Verses had taken place today, these people would not have defended me, and would have used the same arguments against me, accusing me of insulting an ethnic and cultural minority.”

Rushdie rightly considered it madness that the very religion most opposed to European multiculturalism receives its most benevolent and protective treatment. In 2005, Rushdie noted that the leader of “moderate Islam” in the United Kingdom, Iqbal Sacranie, supported his persecution, saying, “Death, perhaps, is a bit too easy for [Rushdie], his mind must be tormented for the rest of his life unless he asks for forgiveness to Almighty Allah.”

The liberal praise of Rushdie was always very guarded, and it still is. In recent days, we have heard him extolled for his bravery but not for his truth-telling about Islam. That the violence inflicted upon him confirms his grim assessment of Islam goes unmentioned. Many of the editorials and commentaries since the attack make it sound as if he is a victim of “state terror” or amorphous extremism, not Islamic violence.

Rushdie’s calls for reforming Islam fell on deaf ears. Liberals normally muse darkly about “fundamentalism” within religion. But they exempt Islam from that obsession and present its traditions in the best possible light. Rushdie found himself as isolated in his criticism of Islam as Pope Benedict XVI, who received enormous criticism for simply commending the harmony of faith and reason to Muslims.

European liberals in particular respond coldly to any suggestion that Islam needs reform. Meanwhile, they hector the Catholic Church for falling “behind the times” and urge it to embrace the modern zeitgeist. They treat Europe’s historic religion as retrograde and its historic adversary as innocuous.

In America, Democrats pride themselves on defending Muslims while harassing Christians. Biden railed against Trump’s “Muslim ban” (a tendentious reference to immigration restrictions on people from terrorist hotbeds) even as he rolled out plans to marginalize traditional Christians. His sweeping assault on religious freedom can justly be described as a Christian ban — an attempt to drive those who cling to the Bible and Christian orthodoxy out of public life.

In this upside-down culture, which portrays Islam’s militant symbols as harmless and Christianity’s harmless symbols as militant, the attack on Rushdie will generate no meaningful reflection. If anything, it will occasion more liberal capitulations to the world of Islam and Rushdie will leave the hospital not vindicated but quietly resented.