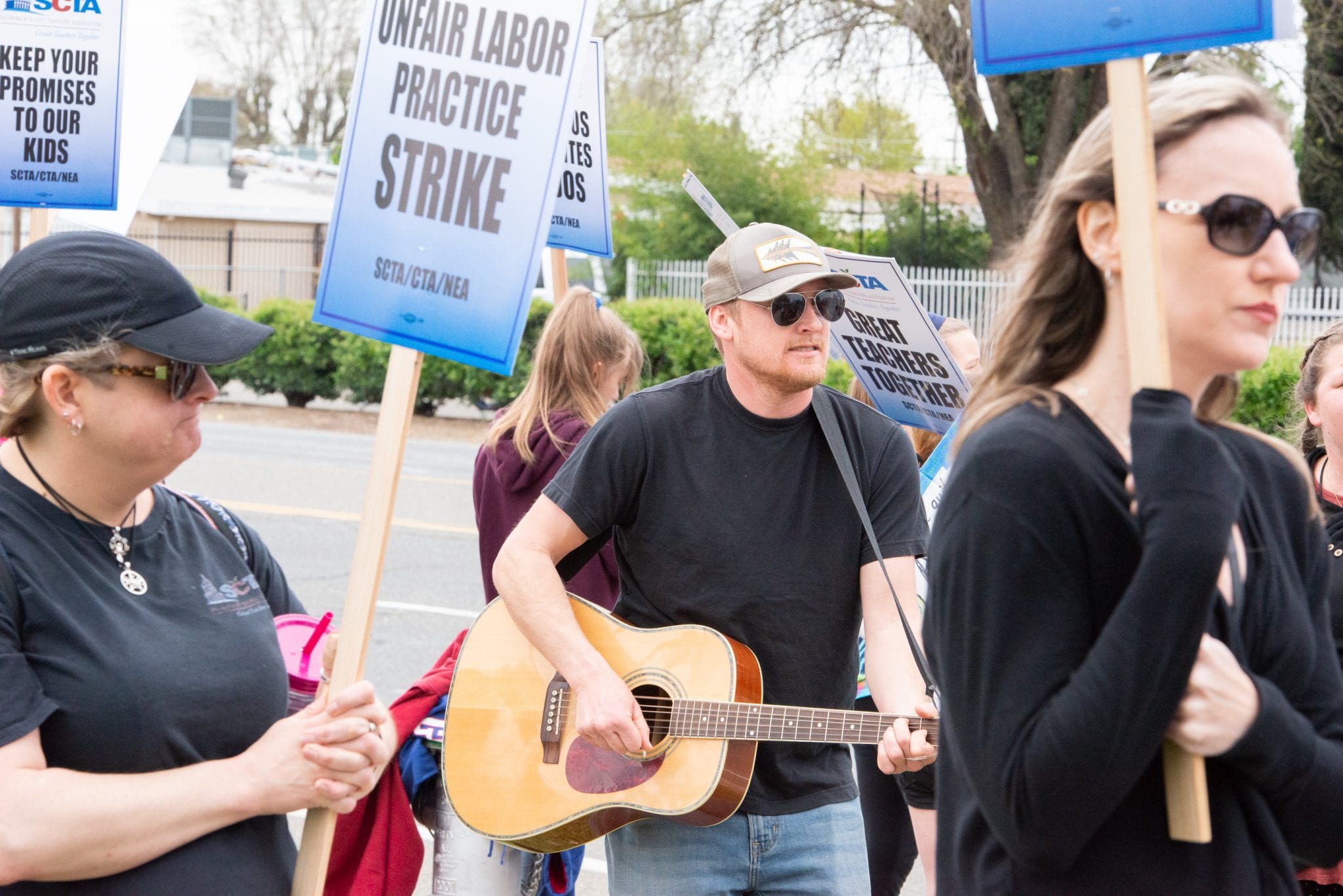 The San Diego City Council’s vote Monday to join the union side in an effort to invalidate a 2012 ballot initiative signaled an ignominious end to one of the most promising pension-reform efforts of the past decade. The city’s modest voter-approved law had offered a roadmap for other cities, but after years of assaults from a union-friendly state agency, that measure now is effectively dead. So too are any hopes to reduce hundreds of billions of dollars in public debt.

The San Diego situation was a perfect example of how the California government is, at every level, rigged on behalf of public-employee unions. It also spotlights the degree to which union priorities almost always win — even when they undermine long-established constitutional rights. In that case, the courts agreed that union demands for city officials to “meet and confer” with them about benefit changes trumps the right of citizens to vote on such matters.

The 2012 ballot measure, Proposition B, shifted most new employees into 401/k plans rather than the costly defined-benefit pensions that are based on guaranteed formulas. For instance, most California “public safety” officials receive what’s known as “3 percent at 50.” They can retire with 90 percent of their final years’ pay beginning at age 50. And that’s before various pension-spiking gimmicks often push their retirement pay above their working pay.

At the time of its passage, the state had been facing $25 billion budget deficits. Although the pension portion of that shortfall was relatively small, the state’s fiscal crisis highlighted soaring pension debts. Local government were — and still are, actually — cutting back public services to deal with the growing costs, driven by a pension-increasing spree sparked by a 1999 law that encouraged localities to retroactively boost pension pay.

Pension reformers saw that crisis as a great opportunity to reform the troubled pension systems. In liberal San Jose, voters approved Measure B by 69 percent to 31 percent margins after pension costs had risen 350 percent over a decade. But that voter measure reduced benefits for current employees, which ran afoul of something known as the California Rule. The courts have interpreted that “rule” to mean that benefits can never be cut for current employees even going forward, unless they received something of equal value in return.

San Jose’s reform was halted after a series of union-backed lawsuits. Proponents of San Diego’s Proposition B,  however, took a different tack to avoid any potential conflict with that legal precedent. They limited “pensionable pay,” which means they capped the amount of salary upon which pension benefits could be based. They focused mainly on new hires. They eliminated a city charter requirement that employees vote on any changes to their pension plan. There was no “California Rule” issue, but the unions were able to derail it anyway.

The California Public Employment Relations Board, or PERB, invalidated the measure by claiming that city officials were legally required to negotiate with unions over benefit changes before putting any such measure on the ballot. This was an absurd interpretation of state law given that the city of San Diego did not put the measure on the ballot. Local activists collected signatures and placed it before voters, which is a constitutional right, after all.

However, the city’s mayor and a council member had, in their role as private citizens, supported the initiative effort. But PERB ruled that the mayor had acted as the city’s “agent” when advancing that initiative. State administrative agencies don’t have the power to invalidate elections, but they ruled that the city must pay the unions’ legal costs.

The California Supreme Court ultimately sided with the unions, ruling that PERB is “one of those agencies presumably equipped or informed by experience to deal with a specialized field of knowledge, whose findings within that field carry the authority or an expertness which courts do not possess and must respect.” PERB also is one of those agencies that is largely captive to one particular interest group — and its decision was never in doubt. The high court asked the lower courts to remedy the situation by fining the city or overturning the law.

That led to Monday’s decision, where San Diego city officials threw in the towel and agreed to ask the city attorney to seek the invalidation of the voter-approved law. Because it was approved by voters, they can’t simply vote to overturn it. The city could have chosen to continue to fight, although Prop. B’s proponents are still moving forward with their legal battle. It’s a sad chapter, and one that should have triggered more outrage given the implications of the ruling on Californians’ right to place initiatives on the ballot.

“The power of initiative is a constitutional right, not something for which people must bargain,” wrote former San Diego city attorney Jan Goldsmith in a 2012 San Diego Union-Tribune column. “It is unconditional and nonnegotiable, like the First Amendment.… Never in the history of California has there ever been a requirement to negotiate with labor unions over terms of a citizens’ initiative placed on the ballot by voter signatures.… And the mayor doesn’t give up his constitutional rights simply because he’s the mayor.”

The state Supreme Court has put the kibosh on every major attempt to rein in spiraling pension costs. Many advocates for pension reform, including former Gov. Jerry Brown, had hoped that the court would revise the California Rule after a series of lower courts found that public employees were only owed a “reasonable pension” — and that it was perfectly fine to reduce future benefits to ensure the health of the pension systems.

But the high court thought otherwise. The court was reviewing a lawsuit filed by a firefighters’ union involving a pension-spiking benefit known as “air time.” In its modest 2013 pension-reform law, lawmakers scuttled that benefit, which allowed public employees to buy extra years of service at deeply discounted prices. It was a way to inflate final earnings to permanently boost pensions.

The court upheld that state law, but punted on the broader question. It declared that “[W]e have no occasion in this decision to address, let alone to alter, the continued application of the California Rule.” That was perhaps the last, best hope the state has had to change a rule that makes it nearly impossible for cities and counties to scale back benefits that are consuming their budgets and leading to an endless wave of tax hikes and service cutbacks.

Now, with San Diego’s decision, there is nothing left to do — other than wait until an economic slowdown pushes cities to the brink. California officials have decided that public employees’ right to enjoy millionaires’ pensions is more important than our right to vote or receive decent public services. At least the courts have recognized reality: The public works for the public-employee unions. They are not public “servants” by any stretch of the imagination.