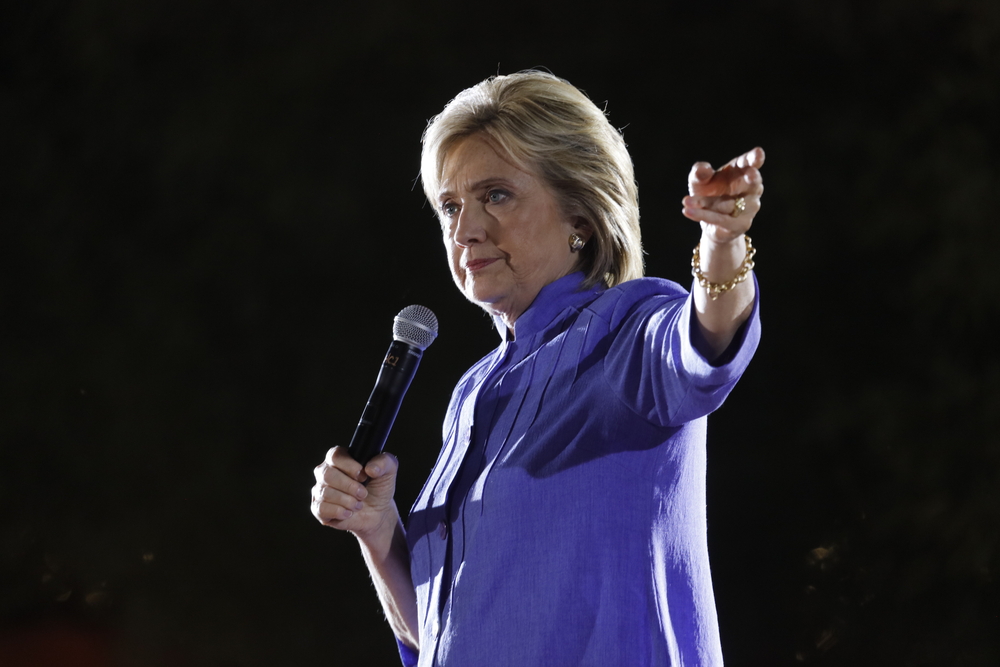 Good things, they say, come to those who wait.

And Trump supporters such as myself have waited long enough to learn the truth behind Obama’s attempts to sabotage his successor.

Thankfully, the president recently declared he will declassify “any & all documents pertaining to the single greatest political CRIME in American history, the Russia Hoax. Likewise, the Hillary Clinton Email Scandal. No redactions!”

October surprise? Perhaps. But recent revelations make clear that, political or not, Trump’s order is perfectly justified. For those who have been living under a rock (or subsisting solely on CNN), allow me to provide a bit of context.

The latest development comes courtesy of former CIA Chief (and ardent Never Trumper) John Brennan’s notes, in which he describes informing then-President Obama of intelligence showing the collusion hoax was cooked up by the Clinton campaign in order to deflect from her (very real) email scandal.

The lack of public outrage, much less justice, in the wake of quite possibly the biggest political scandal in American history gives me little hope for Trump’s last-minute grenade toss.

And just last month we learned that a primary source for the Steele dossier, that shabby piece of pseudo-intelligence that formed the basis for so much of the Russia investigation, was believed by the FBI to be — wait for it — a Russian spy! In other words, any so-called “collusion” was committed by the Clinton campaign.

All of this, of course, comes on the heels of notes by disgraced FBI agent Peter Strzok released this summer showing that Obama, Biden, and Comey knew good and well that Michael Flynn’s contacts with his foreign colleagues were both legal and legit. But facts didn’t stop them from forging ahead, ruining Flynn’s life and forcing the Trump administration to constantly battle bogus charges of corruption.

So why, you may be asking yourself, are the players in this sordid saga not lined up beside a guillotine on the National Mall? I’m being hyperbolic, of course, but the lack of public outrage, much less justice, in the wake of quite possibly the biggest political scandal in American history gives me little hope for Trump’s last-minute grenade toss.

Don’t get me wrong: I know well that Donald Trump is a much smarter man than I. Every time I’ve counted him out he’s risen to the occasion and, thankfully, proved me wrong.

But lacking any Linda Tripp–level bombshells, there are several reasons the declassified docs, no matter how damning, may have little electoral impact.

The public has been inundated with “Russia, Russia, Russia” for nearly 50 months now, and scandal fatigue is a real thing, even if the guilty parties are suddenly reversed. As a friend is fond of saying, “Russiagate is the ‘NOW That’s What I Call Politics’ of 2016.”

And despite near-constant “coverage” since Trump took office, too many Americans still can’t quite wrap their heads around all the gory details. Who can blame them?

The characters and machinations of the entire soap opera are so interwoven and complex it basically takes a supercomputer, or a terminal obsession with current events, to make sense of it all.

Strzok, Comey, Brennan, Page, McCabe. The FBI, CIA, DOJ, FISA. The Brennan notes, the Steele dossier, the email server. It’s like trying to absorb the plot lines across four decades of The Young and the Restless in a single binge, and with a much less attractive cast.

Most civic-minded Americans have jobs, families, and lives, and the press tasked with informing them is so comically biased that it was the lowest-rated public institution in a March Gallup poll (in fact, it was the only one to garner a negative rating).

This lack of trust forces well-meaning citizens to hunt for kernels of credible information in the dank recesses of social media, where “facts” are often suspect and analysis rarely goes deeper than a tweet or viral soundbite.

Who wouldn’t rather go fishing?

Despite our informational wasteland, however, most see Russiagate for what it is: a coverup more characteristic of the Soviet Union or Latin America than the epicenter of the Free World.

But too many still don’t, and won’t.

Forty-three percent of Americans believe socialism would be good for the world’s most powerful economy (which, by the way, was built on capitalism); more than half consider American society “racist”; and 55 percent view the nation’s founding document on the same plane as commercial software, believing it requires regular updates.

Simply put, Trump can declassify all the docs he wants, but this country’s metastasizing far Left would self-immolate before willfully abandoning the Orange Man Bad storyline.

The Sixties, it seems, were a slow-acting poison, and it will take more than Watergate 2.0 to convince the decade’s victims they’ve been had.

That is, if there’s even time to convince them.

I can’t help but think that to be effective, these declassifications should have happened some time ago. You know, like maybe before the midterms?

Any clear malfeasance on the Dems’ part would continue to haunt them a mere two years later. But now, with less than a month to go before the election, an anti-Trump media is expected to dissect an Everest-sized mountain of paper in order to … damage the Democrats?

Not to sound too cynical, but Joe Biden has a better chance of winning Jeopardy.

Of course, the administration has likely already highlighted the nasty parts and primed them for release, and Comey’s announcement that the FBI was investigating Hillary Clinton’s emails just 11 days before the 2016 election was a game-changer.

But it all feels a bit anticlimactic at this juncture.

I hope I’m wrong, again, and that Trump has one last trick up his well-pressed sleeve. If not, a key player in perhaps the filthiest episode in American political history could be handed the keys to the White House.

And the Russian collusion hoax will seem like small potatoes compared to the corruption that will plague this country over the next four years.