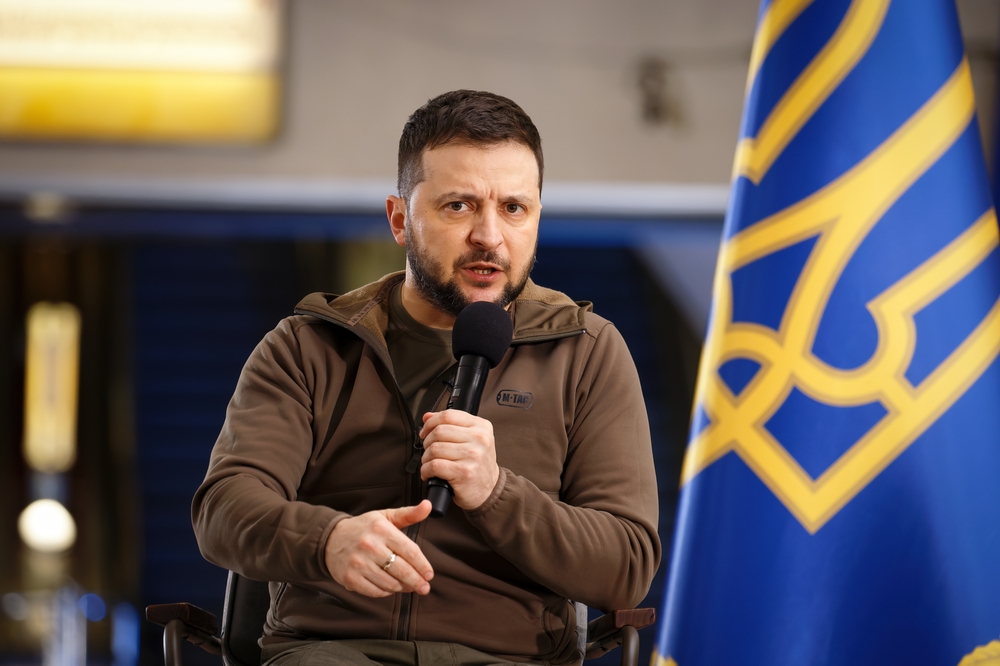 For years, Jonas Ohman, who founded the Blue/Yellow NGO after Russia invaded Crimea in 2014, believed the West considered Ukraine as “a nuisance.” He believed he understood the constant Russian threat to Ukraine, but the West under-appreciated the danger.

Russia’s invasion of Ukraine on Feb. 24 sparked another “World War” and demonstrated the need to curb “an increasingly aggressive Russia,” Ohman told me. Ukraine has gone from being a nuisance to a shield.

“Roughly speaking, it’s go home or die,” Ohman said of Ukrainians in the Donbas and other parts of Ukraine under attack.

Ohman was in the Capitol last week to lobby members of Congress to keep sending aid so that his group and other NGOs can buy more equipment and weapons for Ukraine’s freedom fighters. His group, Ohman offered, can be more nimble and faster than the usual national security channels.

After many missteps in other policy areas — stoking inflation, the botched withdrawal from Afghanistan — President Joe Biden is treading more carefully as he navigates a minefield.

His words have reflected the anger Americans feel watching as Russian troops have killed civilians and leveled cities and towns. Who did not agree with Biden when he said in Warsaw, Poland, in March that Russian President Vladimir Putin “cannot remain in power”?

Wednesday, Biden laid out his goals in the region. “We want to see a democratic, independent, sovereign and prosperous Ukraine with the means to deter and defend itself against further aggression,” Biden wrote in a New York Times opinion piece.

At the same time, Biden offered, “We do not seek a war between NATO and Russia.” And he argued that the war “will only definitively end through diplomacy,” as Ukrainian President Volodymyr Zelensky himself has said. (READ MORE: The Theft of a Nation: Ukraine’s Fight for Existence)

Biden also pledged not to pressure Ukraine to make territorial concessions, as former Secretary of State Henry Kissinger recently suggested. Good. Zelensky may choose to make concessions, but it is not in American interests to push for them.

Like many Americans, I thought that when Russia invaded, Ukraine would fold. I underestimated Zelensky, the Ukrainians, and the effect of people like Ohman. And so did Putin.