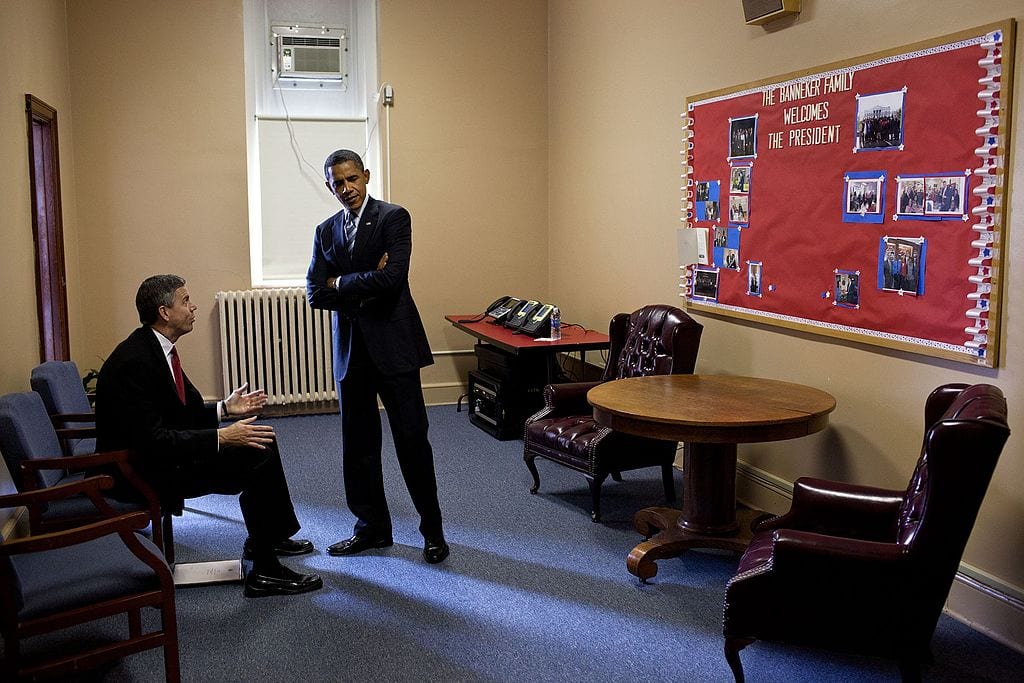 On January 8, 2014, the U.S. Education Department (USED) sent a “Dear Colleague” letter to officials of every local school district.

The 44-page letter/social-justice manifesto made plain that race-based statistics must be of paramount importance in student disciplinary policies. USED’s stated central concern is African-American, Latino, and special-education children are suspended and expelled at higher rates than white kids. Using a doctrine of “disparate impact” in a more absolutist way than any federal court had, USED threatened to come down hard on schools for civil-rights violations unless disciplinary actions against minority students decrease significantly.

Although frequently vilified by teachers unions and public education special-interest groups, U.S. Secretary of Education Betsy DeVos is listening to educators on both sides of the contentious school discipline issue — something her predecessor, Arne Duncan, never did before federalizing this local policy. DeVos showed particular interest in reforming school discipline policies after hearing several teachers’ comments and concerns at a recent summit on school safety and climate.

In stark contrast, Duncan and Obama-era officials blamed teachers for failing to properly address disruptive classroom behavior and thereby activating a “school-to-prison pipeline [that] must be challenged every day.”

DeVos may well rescind the Obama administration’s education power grab and restore disciplinary authority to its rightful place at the local level. It should come as no surprise progressives, who refuse to concede failed social policy, would slam DeVos and President Donald Trump. Classroom teachers would welcome this change, even though they would only do silently — they dare not defy the party line.

A student being punished simply because of his or her race is wrong, plain and simple. However, USED asserted the feds could find unlawful discrimination even “if a policy is neutral on its face — meaning that the policy itself does not mention race — and is administered in an even-handed manner.… The determining factor would be whether a local policy has a disparate impact — i.e., a disproportionate and unjustified effect on students of a particular race.”

Duncan’s “Dear Colleague” letter stated flatly “suspensions don’t work — for schools, teachers, or students.” Four years later, suspensions are down, to be sure, but mayhem and chaos are rising in classrooms across the country.

After extensive study, the Manhattan Institute’s Max Eden concluded USED’s discipline policy is misguided and counterproductive. As Eden notes, in New York City, a majority of students at half of schools serving a high share of minority students said they saw more fights and that their peers were less respectful. In Chicago, peer respect deteriorated and teachers reported more disruptive behavior. In St. Paul, the district attorney declared school violence a “public-health crisis.” In Syracuse, the district attorney ordered a restoration of discipline after violence surged and a teacher was stabbed. In East Baton Rouge, 60 percent of teachers say they’ve experienced an increase in violence or threats, and 41 percent say they don’t feel safe at school.

In 2017, teachers unions (fierce critics of DeVos) commissioned surveys showing two-thirds (or more) of teachers in major metropolitan areas believe the federalized discipline policy is hurting students, and perhaps minority children most of all. Even in the progressive haven of Madison, Wisconsin, only 13 percent of teachers expressed confidence USED’s discipline reform made a positive impact.

In Oklahoma City, another city hurting from USED’s egregious overreach, teachers described the reality of federalized discipline in stark terms: “Students are yelling, cursing, hitting, and screaming at teachers and nothing is being done. But teachers are being told to teach and ignore the behaviors. That is very hard to do now that these students know there is nothing a teacher can do. Good students are now suffering because of the abuse and issues plaguing these classrooms.”

“We were told that referrals would not require suspension, ‘unless there was blood.’… Student behavior problems are just sent back to the teachers,” the teachers added. “This year alone a third-grade student brought an X-Acto knife to class. The knife was taken by the principal, and the student returned to class.… The student has also brought a BB gun to school and threatened students.”

Schools should implement discipline fairly and consistently, not at the whims of Washington, D.C. bureaucrats and their radical social justice agenda. DeVos should end this classroom madness and protect students and educators by rescinding the Obama-era “Dear Colleague” guidance.

Robert Holland (holland@heartland.org) is a senior fellow for education policy with the Heartland Institute.