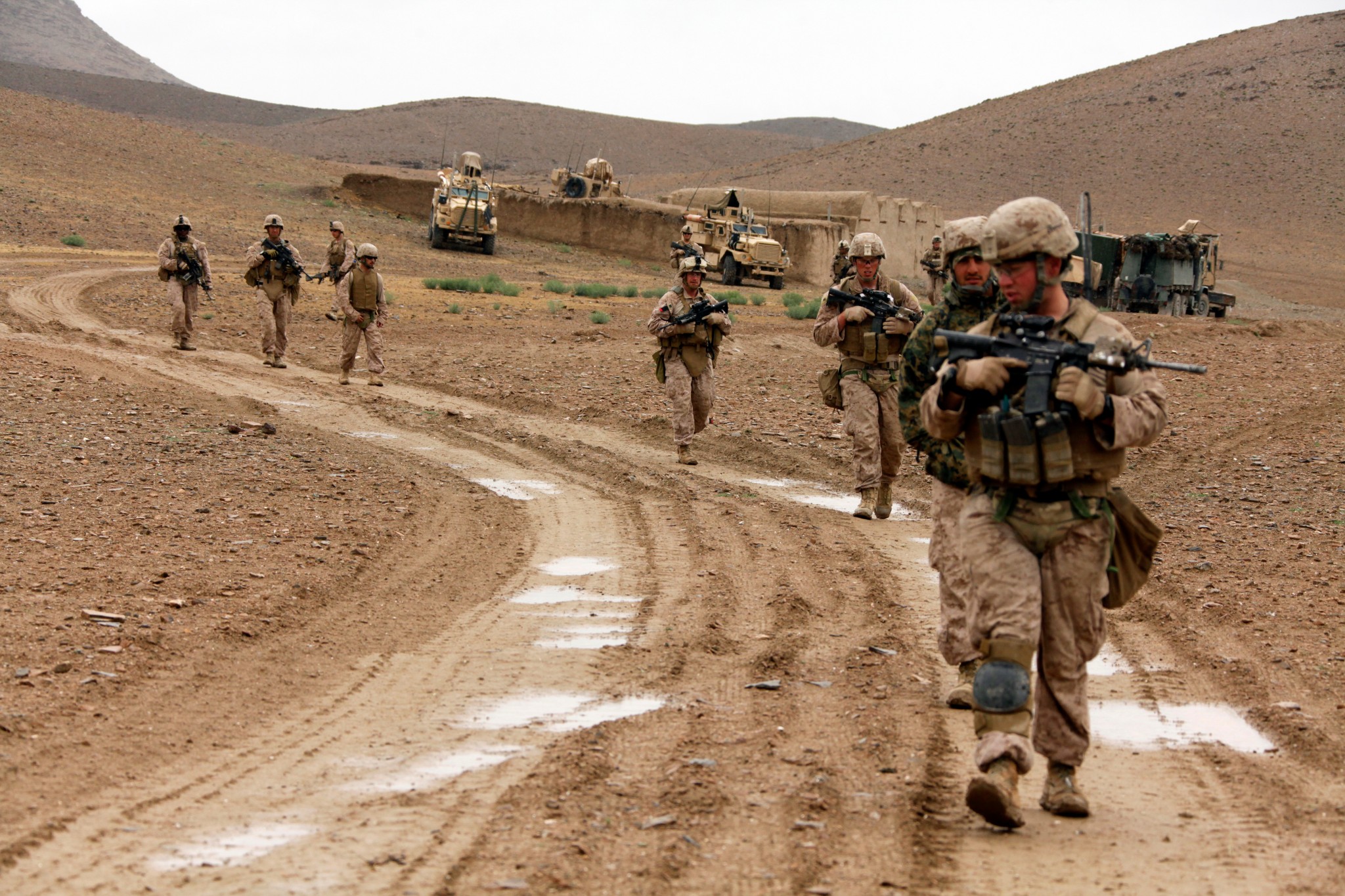 In the Trump era, establishment Republicans were forced to rein in their desire to expand and maintain the American empire through military might and intimidation. Perhaps Trump’s ability to personally intimidate and aggrandize on behalf of a “strong America” satisfied their natural urges. But the election of Trump and his sustained popularity among conservatives and populists across the country held a lesson for those in the conservative establishment: your voters oppose empire, and are tired of sending their sons and daughters to unnecessary wars, wars we found out too late were never meant to be won.

Biden said very little about foreign policy during his campaign beyond criticizing Trump’s “America First” pronouncements. What could Biden say? Far leftists, angered for a second time in four years over being put in a corner by the establishment Democrats, felt much the same as most Republican voters regarding wars of empire on behalf of — as General Smedley Butler observed in the 1930s — wealthy war-conglomerate owners, investors, and racketeers all tightly connected to the federal government and Congress.

The reality on the ground is that your average citizen, whether left, right, or center, rejects the very idea of the American empire, opposes military adventurism, and fears the consequences of political trash talk that might lead to war. Take the libertarian constitutional-purist Sen. Rand Paul and his otherwise philosophical polar opposite, Rep. Alexandria Ocasio-Cortez. These seemingly strange bedfellows agree when it comes to a future of peace and an end to empire. So do the vast majority of Americans. Instructively, that’s even more true among veterans of recent wars.

Actually, opposition to militarism and empire has long been part and parcel of pure conservative philosophies and woven into the modern Republican cloth. The post-Reconstruction Republican party over time grew concerned with expansive government power, standing militaries, and territorial acquisition through colonization and war. Finally, in the early 1900s, this wing of the Republican Party emphatically rejected the imperialism of Republican Presidents William McKinley and Teddy Roosevelt, who constituted a powerful political force for many decades. The ideas of limited central government, enforcing constitutional curtailments of state power, and foregrounding the singular role of Congress to declare and fund war persist as a potent unifying theme; for many, they define what it means to be a Republican today.

While both parties honorably claim Thomas Jefferson as their political father, it was actually the early Democratic Party that most loudly clamored for states’ rights, and incidentally, free trade and anti-imperialism. While the political history of the Democratic Party has been checkered, it has tended to value local preferences and the rights of states and countries to exist without being conquered, invaded, or occupied by either a domestic or imperial army. These values and priorities— regardless of what a president does, be it Harry Truman at the end of WWII, Bill Clinton in his “humanitarian war” in the former Yugoslavia, or Biden verbally threatening Russia and China — persist in the hearts of rank-and-file Democrats too.

Just this past week, Congresswoman Cortez criticized the Biden administration, noting that “. . . the US spent decades contributing to regime change and destabilization in Latin America. We can’t help set someone’s house on fire and then blame them for fleeing.” She’s not only correct, but speaks for those on both the Left and Right. In criticizing the costs, moral evil, and unintended consequences of American empire, she is echoing the earlier Republican anti-imperialists who’d grown skeptical of the Republican expansionist McKinley, and the proto-Trump of his day, Teddy Roosevelt.

We might ask, then, who in this country actually does want war, expansion and empire? Last week, thousands of politicians and civic-minded people vied for primary election or turned in their petitions for public office across this country. Not a single one of them ran on a platform of empire. Not one advocated a new boutique war.

As President Dwight Eisenhower famously observed 60 years ago, those who profit from government funding for endless war, pugilistic policies, and the centralization of political power form a bipartisan minority, comprising a congressional-military-industrial complex. These war racketeers have infiltrated both the Republican and Democratic parties. They consistently push for the permanent transfer of wealth from poor and working people — mortgaging their economic futures, roads, schools, hospitals, and bridges — to line the pockets of gun-running defense contractors and their political allies.

Instead of being constantly told that 74 million Republican and 80 million Democratic voters remain at war with each other, imagine instead that 150 million Americans share values of peace and prosperity — reminding Congress and the president of their constitutional duties and demanding an end to this imperial scam.