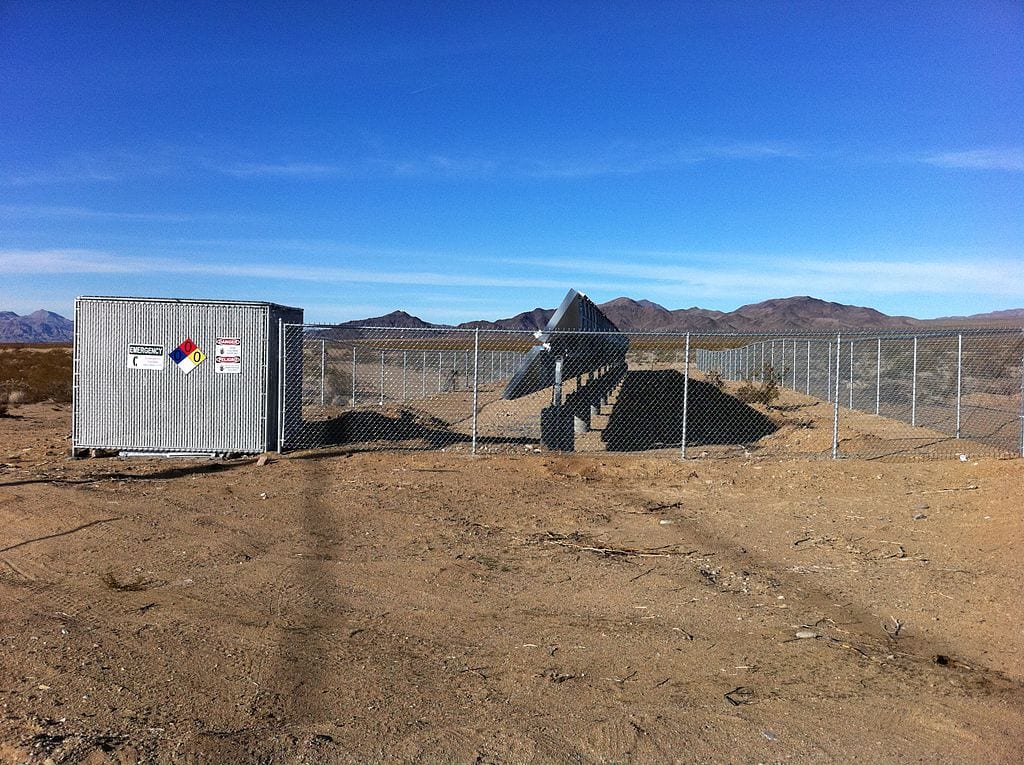 There’s an old saw about government officials and activists who want to scare the public into embracing some big life-changing policies. You don’t want the predicted catastrophic event to be too far out into the future, because people will shrug and not worry about it. But you don’t want the predicted event to come too soon either, lest people will be able to hold government officials accountable when the “end of the world” event doesn’t come to pass. It’s best to pick a time frame that’s somewhere in the middle to get the desired effect: concern, but not panic.

California legislators, who completed the latest legislative session last Friday, seem to be well aware of that advice. There was no real theme to the session. Lawmakers passed a grab bag of policies ranging from criminal-justice reform to changes that deal with sexual harassment. There was nothing too eye-popping except for Senate Bill 100. This measure, which is now on Gov. Jerry Brown’s desk, would require that all energy used in the state be of the renewable variety. The goal isn’t too soon to harm anyone, but it’s close enough that lawmakers can claim to be “doing something.”

As the Senate analysis explained, “This bill establishes the 100 Percent Clean Energy Act of 2017 which increases the Renewables Portfolio Standard (RPS) requirement from 50 percent by 2030 to 60 percent, and creates the policy of planning to meet all of the state’s retail electricity supply with a mix of RPS-eligible and zero-carbon resources by December 31, 2045, for a total of 100 percent clean energy.”

Notice the words “planning to meet.” The measure slightly increases the actual renewables mandate, but the big news is little more than a goal or suggestion given that the legislation doesn’t include any penalties for utilities that miss that mark. Furthermore, there’s broad agreement that California cannot meet this 100-percent goal using existing technologies. The Legislature could mandate that people commute to work in teleporters by the year 2100, too, but it doesn’t change the fact that such technology doesn’t yet exist. It’s a pipedream.

“Reaching the goal will require more solar plants and wind farms. But it will also depend on developing better, cheaper ways to store large amounts of energy, either by perfecting existing technology or developing new forms,” according to a San Francisco Chronicle report. “It could also mean making better use of the renewable power California generates, for example by persuading drivers to buy electric cars and charge them in the middle of the day, when solar power floods the grid.”

Supporters apparently believe the new goals will push companies to ramp up development of such technologies, but they already are doing so. It’s unlikely that a new, symbolic law will do anything to solve the main problem inhibiting the rapid growth of solar power: significant advancements in battery technologies so that solar-generated power can be stored and used when customers need it, such as in the middle of a frosty night rather than during midday. The market will have to work that out.

Advocates for such laws note that California already has tripled its use of renewable power in the past decade, so why not push for bigger goals? But it’s all about “diminishing returns.” It was relatively easy and inexpensive to go from very little to pretty much. Now, farm fields are sprouting solar panels wherever one goes and hillsides increasingly are covered with those massive wind turbines. We’ve made rapid advancements California continues to get a good share of its energy from hydroelectric power, which is considered a renewable under the new legislation. But it will be exponentially more costly as we approach the 100-percent mark.

Of course, there are various opinions about such approaches even amidst California’s powerful environmental communities. Acres of ugly turbines and industrial-looking solar facilities despoil natural landscapes. Turbines may be taking a toll on endangered birds. The environmental Left is fairly united in its opposition to building more dams, which makes it unlikely that the state will be able to hike the percentage of power it now gets (nearly 15 percent) from hydroelectric facilities, although perhaps we can import that type of power from neighboring states. And the abandoned nuclear towers that sit a few miles from my little ranch in Sacramento County remain a testament to the political hurdles involved in ramping up that type of energy.

To reach the kind of goals included in the bill, “California would need 41.5 billion square meters, or about 16,023 square miles, of turbines,” wrote the Manhattan Institute’s Robert Bryce, in a recent Los Angeles Times column. “To put that into perspective, the land area of Los Angeles County is slightly more than 4,000 square miles — California would have to cover a land area roughly four times the size of L.A. County with nothing but the massive windmills.” He noted that four California counties have already imposed tough restrictions on new wind turbines.

California utility costs are far above the national average, which adds to our already absurdly high cost of living. That cost of living is, according to the Census Bureau, the reason California’s poverty rates are the highest in the nation. California’s coastal communities are blessed with a mild Mediterranean climate. Residents in those generally affluent enclaves aren’t as affected by rising energy costs as those living in the Southern deserts, the Central Valley, and the northern mountain communities.

In those poorer places, these mandates will have drastic economic consequences and California has picked the costliest way to reach these renewable goals. Try living in Indio or San Bernardino in August without a constantly running air conditioner, or Alturas in December without an affordable source of heat. Such mandates only exacerbate the state’s poverty and the lack of optimism about the future for poorer residents, which a recent poll has noted.

California’s utility companies already are facing a potential death spiral: the more people take advantage of Net Energy Metering and install solar roof panels, the higher the overall energy costs go for the remaining grid customers. Those higher costs convince more people to then install roof panels. I’m not bemoaning any crisis for these regulated, monopoly utilities — especially after they convinced the Legislature to essentially bail them out from their liability for various wildfires. But these are powerful political players who are resistant to the changes. For instance, current laws already restrict the amount of alternative energy that some of the state’s biggest energy users, military installations, can provide, which helps the utilities.

“When it comes to fighting climate change and reducing our reliance on fossil fuels, California won’t back down,” Senate President Pro Tempore Kevin de León, D-Los Angeles, said with his characteristic sense of self-importance. “We have taken another great stride toward a 100 percent clean energy future.” But the reality is quite different. This is just a symbolic act designed to convince voters that the Legislature is doing something important, without actually doing anything at all. An unachievable mandate is little more than an aspiration. As the state approaches 2045, this bill will be long forgotten — and that Legislature will just do whatever it wants to do about renewables anyway.