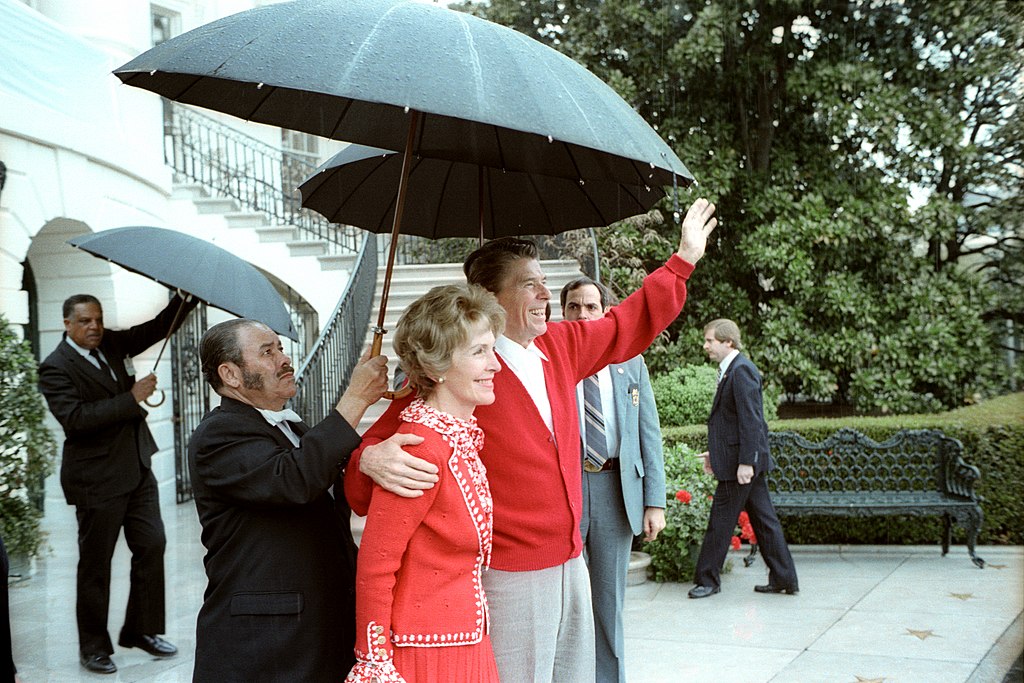 I recently got an email from Albert, a longtime reader of this fine publication, regarding the “unconditional release” of would-be Reagan assassin John Hinckley, who spent decades confined to a mental institution for trying to kill the 40th President of the United States. Albert says that every time he thinks of Hinckley, he thinks of something that he read about Ronald Reagan in my 2004 book God and Ronald Reagan. It was a moment of great grace by Reagan. I think it’s worth sharing right now at a time when we’re so lacking another Reagan.

The date was March 30, 1981. It was only two months since Ronald Reagan had been inaugurated. It was 2:25 p.m. Reagan was leaving the Washington Hilton through a side door after speaking to a gathering of the AFL-CIO. Outside was a gaggle of staff, Secret Service, reporters, and bystanders, including one who was determined to end Ronald Reagan’s life at that moment. That face in the crowd belonged to an unstable man named John Hinckley.

Hinckley came carrying no grandiose vision or cloak-and-dagger role in an international conspiracy. He came carrying a heavy heart of unrequited love for a young actress named Jodie Foster, whom he had been creepily stalking. He also came carrying a gun. He had a singular personal goal with that weapon: to gain the attention of Foster — his crush. He would certainly succeed.

A reporter yapped out a question as Reagan headed toward the awaiting presidential limousine. He raised his left arm to deflect the question, though he could not deflect what Hinckley fired his way. The president suddenly heard what sounded like firecrackers, followed by screaming and chaos and bodies scrambling, ducking, running, falling. One of them, Press Secretary James Brady, in an instant was lying face down on the pavement in his suit, bleeding from his skull, eyes fixed blankly open. Brady would never be the same again.

Reagan had a strong sense that his survival in that perilous state depended on his forgiveness of Hinckley.

As for Reagan, he was thrust into the backseat of the limo by diligent Secret Service agent Jerry Parr, who landed atop the 70-year-old president’s frame as he yelled directions to the driver to escape the scene.

“Jerry, get off,” pleaded Reagan, “I think you’ve broken one of my ribs.”

Reagan didn’t yet realize he had been hit by a bullet, though the pain soon worsened considerably. The president would later recall that the feeling in his upper back was “unbelievably painful,” and, with typical Reagan wit, quipped: “Getting shot hurts.”

The pain near his chest was not from anything Parr had done. It emanated from the bullet fired into his chest. Parr figured as much. He noticed frothy blood bubbles coming from the president’s lips. This was a bad sign, the experienced Parr understood, and he ordered the driver to head straight to George Washington University Hospital.

Parr’s snap call might have saved Reagan’s life because the 70-year-old was actually losing a lot of blood under his coat. In fact, Parr’s decision to head to GW Hospital was the first big break for Reagan that afternoon. Upon his arrival came another: the hospital just happened to be holding its monthly meeting of department heads. This meant that GW’s best and brightest were on hand to react swiftly. The hospital’s chief thoracic surgeon and chief brain surgeon were both present and rushed to the president’s side. Reagan joked to the superb surgical team: “I hope you’re Republicans.” The lead surgeon replied, “Today, Mr. President, we’re all Republicans.”

Though it was typical of Reagan to react with humor, he was scared. “My fear was growing because no matter how hard I tried to breathe,” he later wrote in his diary, “it seemed I was getting less & less air.”

Then came that remarkable moment of grace from Reagan. As he struggled to breathe, he thought of something forever implanted in his mind by his devout mother, Nelle. She had taught him since he was a boy at the First Christian Church in Dixon, Illinois, to always forgive. Reagan did that right now, with Hinckley. He explained later in his memoirs:

I focused on that tiled ceiling and prayed. But I realized I couldn’t ask for God’s help while at the same time I felt hatred for the mixed up young man who had shot me. Isn’t that the meaning of the lost sheep? We are all God’s children and therefore equally beloved by him. I began to pray for his soul and that he would find his way back into the fold.

Ronald Reagan was thinking not just of himself but of the one lost sheep who had perpetrated this callous act. He was concerned about Hinckley. It was as if Reagan felt a need for personal penance, to forgive, to cleanse his own soul before he could be forgiven himself, and healed.

Reagan’s pastor at the time, the Rev. Louis Evans of the National Presbyterian Church, told me that Reagan later told him that he had a strong sense that his survival in that perilous state depended on his forgiveness of Hinckley. He must forgive.

Reagan needed all the prayer he could get at that moment. Spread out on the table, the surgeons discerned the frightening extent of Hinckley’s action. The “mixed up” young man had little confusion about his choice of weaponry. He had used a fairly mild handgun, a .22, which explained the firecracker-like sounds, but he had employed a type of destructive bullet called the .22 Devastator, manufactured to explode on impact. The most nearly lethal among those Devastator bullets had ricocheted off the armored presidential car and flattened. Like a jagged, razor-sharped dime, traveling at an unseeable velocity, it sliced into Reagan’s body through his left armpit. The injury was almost undetectable. It was so tiny that the surgeon was able to find it only by examining the blood trail on Reagan’s clothing. He found a hole in the president’s jacket at the left armpit. With that, the team could better search for the bullet, which they eventually found in Reagan’s chest, mere centimeters from his heart and perilously close to rupturing a valve that could have easily bled him to death in minutes.

Even then, if the wound was not stitched soon, he would bleed to death. Despite reports in the news media that the president’s life was not in danger or (as some had initially reported) had not even been hit, Ronald Reagan came precipitously close to dying. He required a significant transfusion of eight pints of blood.

That in itself is another story — a medical one. But the spiritual aspect is likewise remarkable. It says much about Ronald Reagan that at the moment he lay bleeding to death in the hospital, he stopped to pray not only for himself but for the “confused young man” who had tried to end it all for him.

It’s a remarkable story of character and great grace, rare to find nowadays in a president and rare to find in anyone.