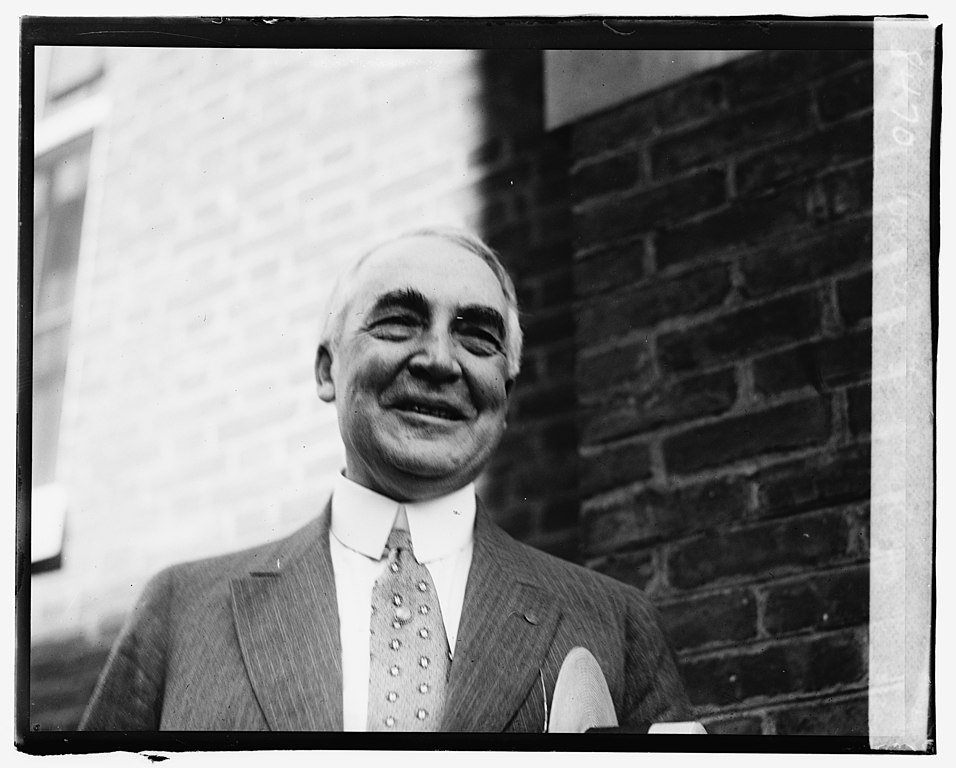 America is in a frightful mess just now, what with rampant inflation, record crime, violence on our streets, an open southern border that has allowed God knows whom into the country, all manner of racial and sexual animosities ginned up by aggressive and cynical leftists, a significant war in Europe we’re trying to contain while not getting directly involved in, and various other cultural and political hair balls. And all of this chaos is being overseen by a weak, corrupt president who is mentally at least two tacos short of a combination plate. One could be excused for thinking that it’s never been worse — that our future has never been more in doubt.

Of course one would be wrong. It’s tempting and easy to imagine the past as more tranquil, a series of golden ages where Americans did not have to deal with the horrific problems we face now, and were not at each other’s throats. The less history one knows the easier it is to hold this rosy but inaccurate view of the past.

Change and conflict, even violence at one level or other, have been the norm in America, as they have been almost everywhere else. There were plenty of birthing pains for the republic, and the whole business threatened to come apart in a great Civil War that took the lives of 600,000 Americans. Many Americans got really gnarly and doubtful about our basic values and arrangements during the Great Depression. Our history has not been all beer and skittles.

Comes now Ryan S. Walters in The Jazz Age President to instruct readers on another disturbing period in our history, when many Americanos worried that the center would finally not hold, that the last great hope of Earth would come apart. Walters makes a case that nominations for the worst year in the life of the republic should include 1919.

This nomination will surprise many. After all, in the fall of 1918 it was finally over Over There. The boys were coming home and the roaring twenties would soon get underway. What’s not to like? Quite a lot as it turns out. There were a great many snakes in our immediate post-war garden. Here are just a few:

• The fact that the boys were coming home was a blessing for wives, girlfriends, mothers, and all those who cared for American doughboys in harm’s way in Europe. But it was a great strain on the economy attempting to absorb three million returning members of the American Expeditionary Force. Unemployment skyrocketed to almost Great Depression levels. In fact the country endured a short but sharp depression.

• America mourned the 100,000 American G.I.s who didn’t return from what was then known as The Great War. But seven times that many Americans died from the Spanish flu epidemic that ravaged the planet.

• The country was plagued by some of the worst race riots in our history. Riots that killed hundreds across the country. Lynchings of blacks were common.

• Anarchists and Bolsheviks, emboldened by the success of the Russian Revolution of 1917, were engaged in bombings and assassination attempts, some of them successful. Americans became afraid of public places.

• Civil liberties in America were on life support after eight years of the rigid and dictatorial Woodrow Wilson. And most Americans opposed his fever dream of a League of Nations that could have required American troops to go into battle God knows where without the approval of Congress.

America needed help, and right away. It came in the form of conservative Republican President Warren G. Harding, elected overwhelmingly in 1920. Harding, with the help of Congress, put in place policies that reinvigorated the economy. These included tax cuts, government spending cuts, and lessening of federal regulations on business. His policies also helped restore civil liberties, lessen racial tensions, and usher in one of the most peaceful and prosperous decades of our history. That most historians and a majority of journalists rate Harding as one of our worst presidents says more about historians and journalists than it does about Harding. That this lot is still in business, still missing the point, and still misleading the public is confirmed by the way in which they panned President Reagan’s and President Trump’s successful policies.

The bulk of Walters’ book is a brief in defense of the much maligned Harding. In making the case he might be gilding the Harding lily a bit much. But it would be hard for an honest observer to look at Harding’s policies and the effect they had and not conclude that he did a lot of much needed things for a country in big trouble.

Much of the rap on Harding comes from corruption involved in by members of his administration, corruption that was unknown to Harding until after the fact and from which he did not personally benefit. When he learned of the bad behavior he took swift action against the malefactors. He didn’t try to cover up the corruption, as has too often been the dreary practice. There was no Harding son enriching himself peddling his father’s name. There was no more “cronyism” in the Harding administration than in others. Like most presidents, he appointed people he knew and trusted, some of whom turned out not have deserved that trust.

Harding was hardly the poster boy for marital fidelity. He had at least two affairs, from one of which he may have fathered a child. But these stopped, Walters argues, when Harding arrived at 1600. Testimony from Secret Service agents and other White House officials that served during his administration directly contradicts the lurid claims that the Harding White House was the best-little-you-know-what in Washington until Harding’s death in 1923. Harding was no saint. But he was no Billy Bob Clinton either.

In fewer than 200 pages of text, Walters catalogues and takes on the charges and specifications against Harding and attempts to deconstruct them. Regardless of how convinced readers are by Walters’ defense of our 29th president, his book is a useful primer on the way our history is written and our public officials evaluated. Much of what he relates from 1920 will sound very familiar to what we see happening a century later.

Some things don’t change. In 2024 we can hope Americanos will select a president who will be as successful in bringing America back from the brink as Warren G. Harding was in 1921. But rest assured that whoever this turns out to be, even if he/she gets America back on track in the way Harding did, and the way Reagan and Trump did, future historians and most journalists will react as ignorantly and uncharitably as most did in the case of Harding, a better president and a better man than most have made him out to be.