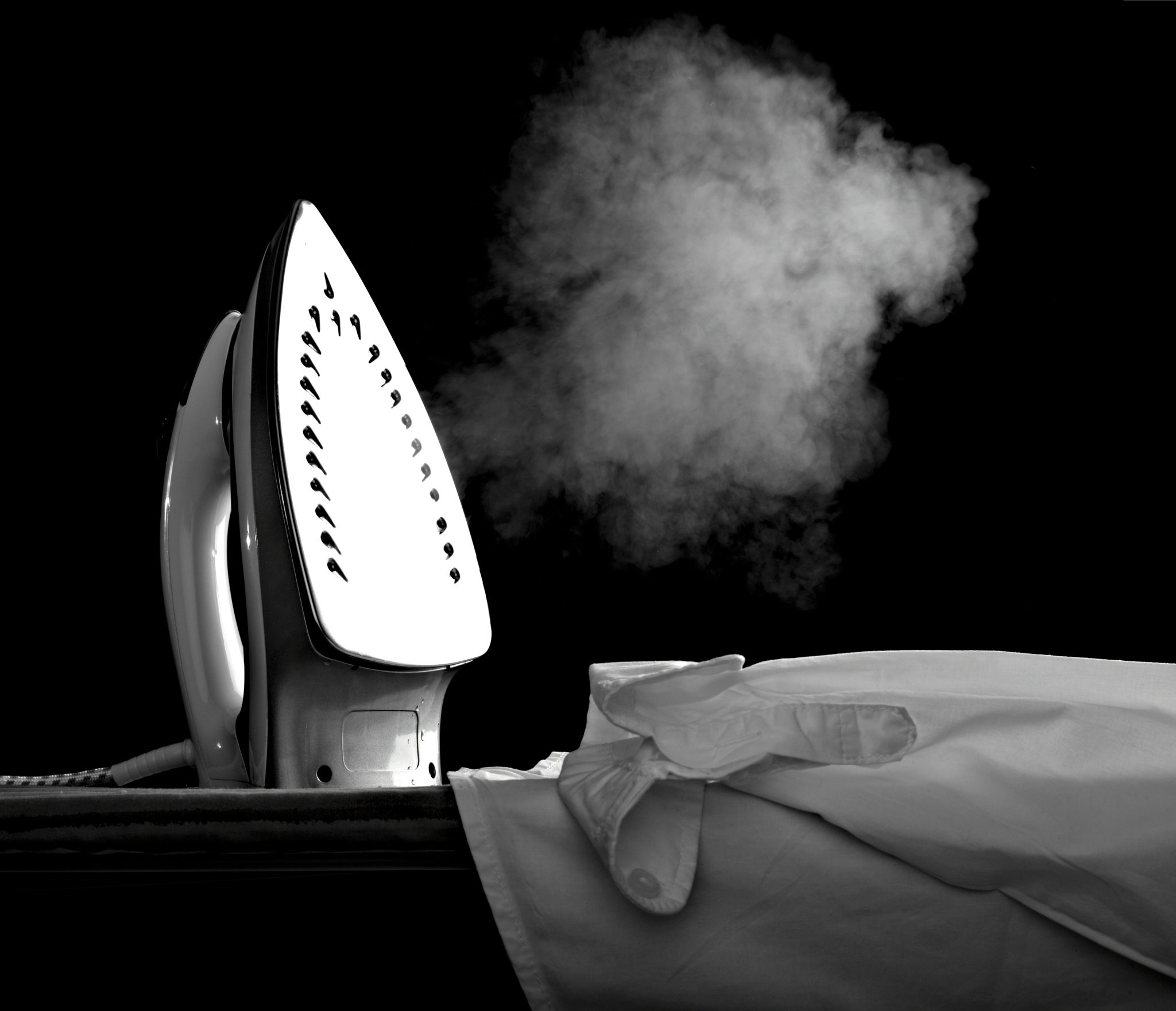 The fastest way to iron a shirt is to put on a sweater. They even have long sleeves. So you have nothing to worry about. Sweatshirts are never wrinkled. They’re worn that way. And they’re easy to pull on and off without the torture of having to button them up. Ironing is fine when you have nothing else to do. But you always have something else to do. I’m sure you do. And if not, tweet something nasty about Biden.

June 6, 1882, was a fateful day for mankind. Mid-morning, the American Henry W. Seely, after failing in his attempt to invent the guillotine and the electric chair, patented the iron. The sky blackened. The earth shook. Somewhere in the world a kitten died of a heart attack. God threw his hands in the air. This was a tragedy. And almost certainly, in the absence of confirmation from my theologians of choice, a very grave sin. After the expulsion from paradise many misfortunes occurred, none comparable to what happened that morning.

I don’t know what the Secret Services were thinking when Seely approached the patent office with the plans for an electric iron. It was not even necessary to liquidate the engineer. It would have been enough to blow up the patent building without warning. But they didn’t lift a finger. The scoundrels.

My theory is that Seely wanted to exact revenge on the world. And he succeeded. Personally, I would have preferred him to invent the guillotine or even the atom bomb, which, by the way, is the second most effective method of ironing shirts. But no. Seely wanted to cause pain over a long period of time. That’s why he invented the iron. The same one you have to deal with every morning before going to work. I suppose there are also those people who iron the night before and go to bed leaving the shirts ready for the next day. And I suppose they are the same people who raise their hands in math class to solve the problems before even the teacher does. Just to be clear, they’re riffraff.

When I’m not ironing or washing, I’m recycling. It’s a real fever. My neighborhood has become so sophisticated about recycling that instead of a garbage can we have a built-in filing cabinet with dozens of compartments. I’ve had to hire two secretaries to audit and classify all the crap that until 10 years ago we threw into the garbage can without a guilty conscience or the threat of facing a municipal fine.

After ironing and washing, garbage management has become the third great household drudgery. My experience, at last, is that the only household chore that isn’t a nuisance is playing poker. But I’m not sure that counts as a household chore. I’m sure Henry W. Seely didn’t know how to play poker.

Itxu Díaz
Follow Their Stories:
View More
Itxu Díaz is a Spanish journalist, political satirist, and author. He has written 10 books on topics as diverse as politics, music, and smart appliances. He is a contributor to The Daily Beast, The Daily Caller, National Review, American Conservative, and Diario Las Américas in the United States, as well as a columnist at several Spanish magazines and newspapers. He was also an adviser to the Ministry for Education, Culture, and Sports in Spain.
Most Popular
Sign Up to receive Our Latest Updates! Register