It is time to schedule a recall election for both President Joe Biden and Vice President Kamala Harris. They are clearly in over their heads and incapable of governing. Their tepid response to the Russian invasion of Ukraine is only the latest example. (Did you see that the Russian stock market went UP by 14 percent after Biden announced his weak sanctions against Russia?).

The unfolding debacle in Ukraine comes on the heels of the disastrous “evacuation” from Afghanistan. Even worse for our country in the long run was the squandering of America’s energy independence — energy independence that had been a national goal under seven prior presidencies. It was finally achieved under President Donald Trump and then thrown away by Biden, who approved a Russian pipeline to Germany but vetoed a Canadian one to the United States while banning drilling on large swaths of federal lands. And then there was Biden’s shameless overspending to buy votes with trillions of dollars that we will have to borrow. This overspending created out-of-control inflation, with wholesale inflation currently at 9.7 percent over a one-year period, which hurts everyone. 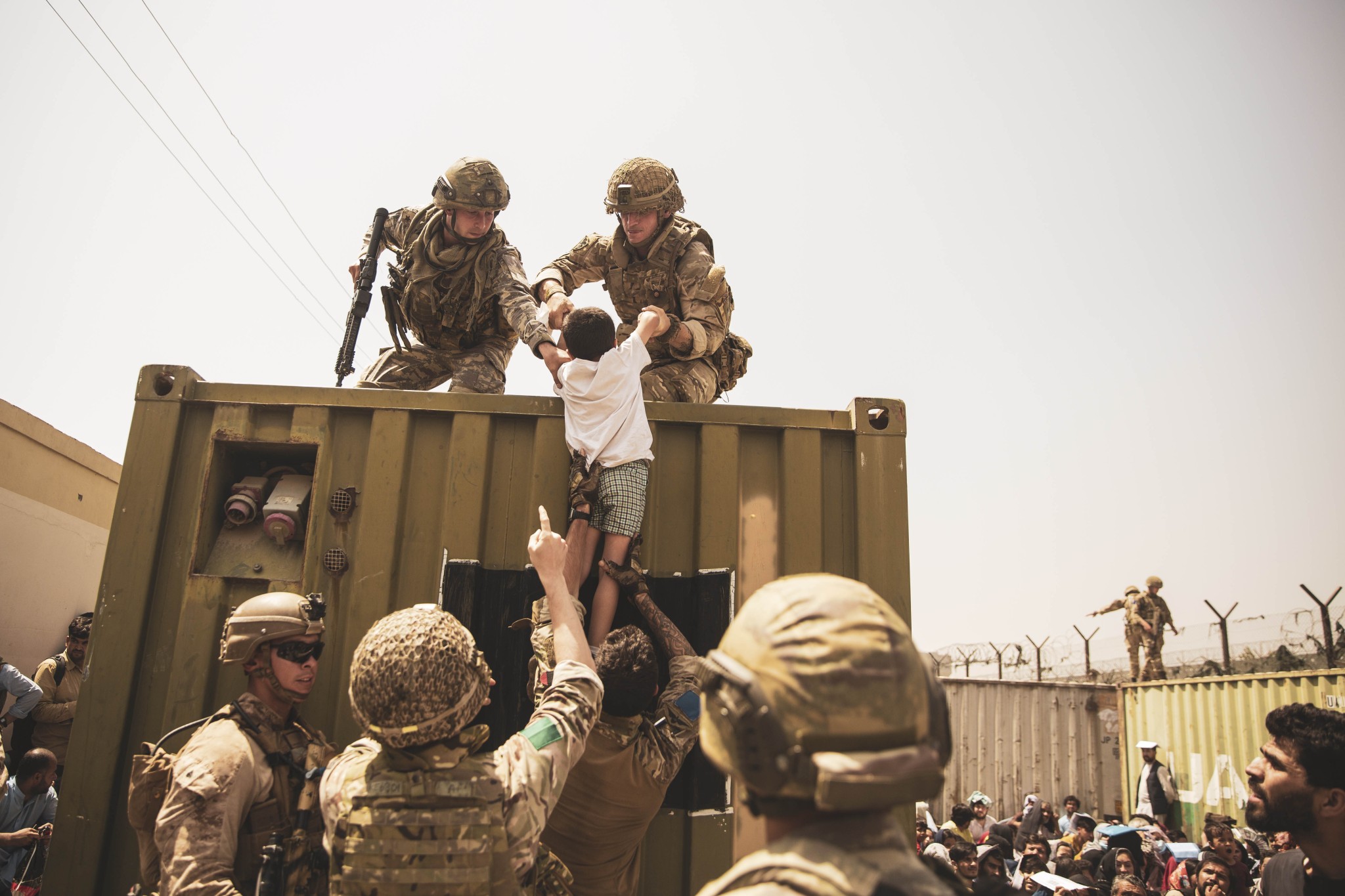 These horrendous errors in judgment are bygones, but the world sees them and we should worry about what happens next. An invasion of Taiwan? An invasion of a NATO country in the Balkans? A headline in the Wall Street Journal gets it right: “Ukraine Crisis Kicks Off New Superpower Struggle Among U.S., Russia and China.” It goes on to warn prophetically: “Beijing and Moscow now hold a stronger hand in confronting the West than during the Cold War.”

Who in his or her right mind believes that Joe Biden is competent to lead the free world in these times of crisis, most of which he has caused? A majority of Americans now recognize that he is not up to the task. We cannot afford to wait until January 2025 to get him out of office. The people are supposed to be sovereign in America; it is time for us to assert our sovereignty and send a clear message to Biden that it is time for him to resign.

We need to start that process now by calling for a plebiscite before Biden’s incompetence gets us into World War III with the Russians, the Chinese, and possibly Iran and North Korea

The closest to a recall that the current federal Constitution comes is the 25th Amendment, which was added in 1967. It provides a procedure by which the president may declare himself that “he is unable to discharge the powers and duties of his office.” In light of the clear demonstration by his actions that he lacks the capacity to discharge the powers and duties of his office, Biden should do the honorable thing and submit his resignation. He could be forced to make that decision by a non-binding resolution that it is the sense of the Congress that he should resign. That’s how most countries in the world with parliamentary systems do it. We never have, but we could.

If Biden refuses to abide by the will of the people as expressed by such a vote of no confidence, the 25th Amendment goes on to provide:

Read that again, particularly the italicized part about “such other body as Congress may by law provide.”

That means that a majority of Congress could provide by a simple statute that a majority vote of the American people in a recall election could remove the sitting president by voting that he is unable to discharge the powers and duties of his office. A constitutional amendment is not required. Congress could create binding national recall elections for the president and vice president by simple legislation implementing the 25th Amendment.

Let’s hope Biden does not put us through that. If a majority of the American people indicate through a vote of no confidence that they no longer approve of the president’s leadership — as the polls currently indicate that they would — Biden ought to do the honorable thing and resign. If he didn’t, then Congress could act, presumably after the Republicans take control in the 2022 congressional elections, to legislate a formal recall election prior to 2024.

Wouldn’t that make things even worse, by making Harris acting president? Yes, but she too can be recalled or resign and be replaced at the same time.

We need to start that process now by calling for a plebiscite before Biden’s incompetence gets us into World War III with the Russians, the Chinese, and possibly Iran and North Korea as well. It is clear that our adversaries worldwide, like the American people, see that the Biden-Harris team isn’t up to the job. 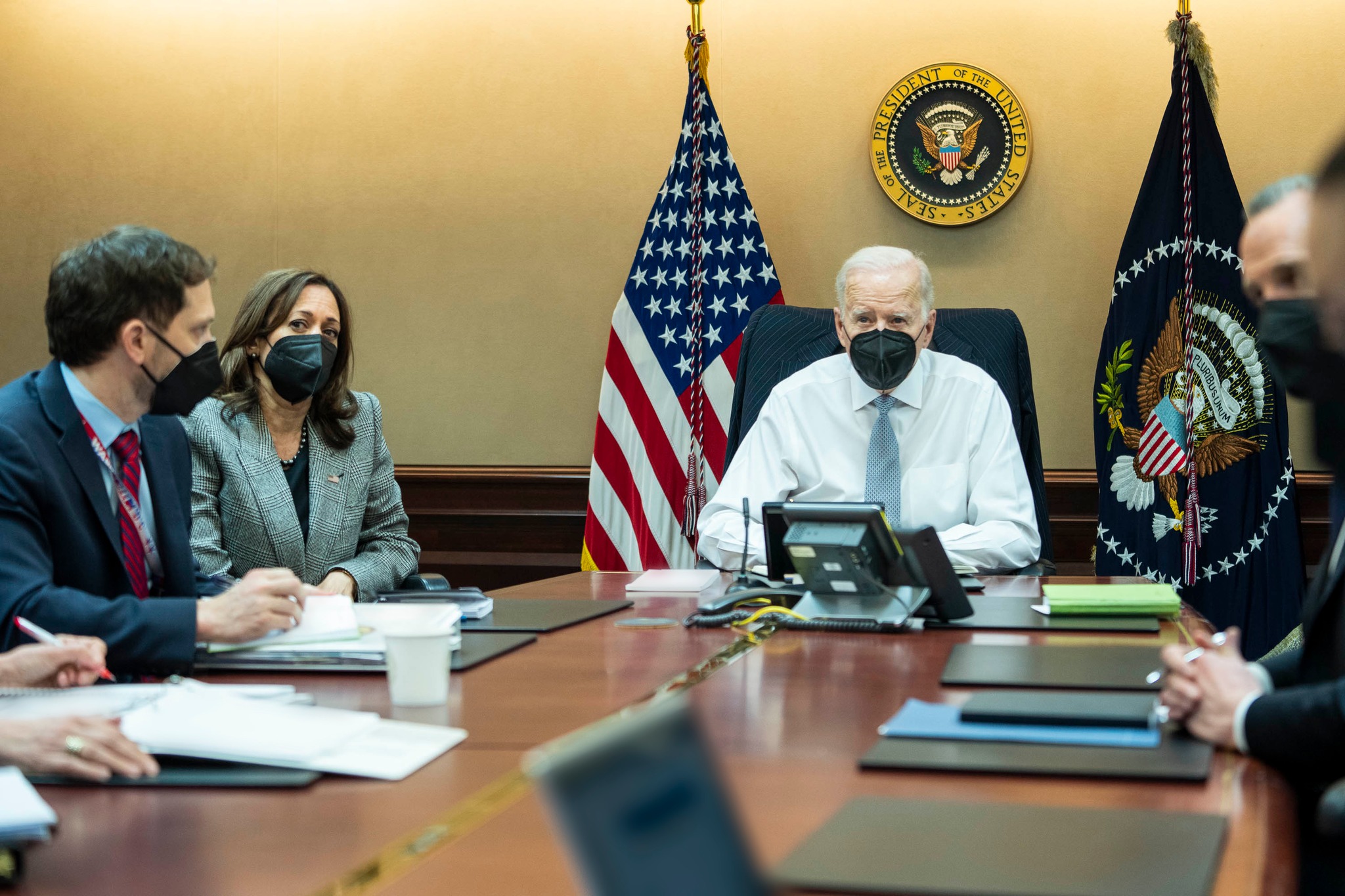 The handwriting is on the wall. Biden and Harris have got to go before a bad situation gets much, much worse. We have to start the process now of indicating that he has lost the confidence of the American people. If Congress won’t act, a national vote of no confidence in Biden and Harris’ leadership could even be accomplished through non-binding elections in individual states.

Who should replace him? Not Donald Trump, but a respected Democrat, maybe Barack Obama or Bill Clinton, so this won’t be seen as a partisan attempt to stage a coup or overturn the results of the last election. Or better yet, an experienced leader with foreign policy and defense experience who is respected by both parties and can form a government of national unity, such as Robert Gates, who first served as Secretary of Defense under President George W. Bush and was retained and served honorably under President Obama, or Leon Panetta, who served as secretary of defense, CIA director, White House chief of staff, director of the Office of Management and Budget, and as a U.S. representative from California.

For the good of the country, and the entire free world, it is time to start the process of replacing Joe Biden with a government of national unity that can steer our country through the crises that loom just ahead. This simply cannot wait until January 20, 2025.