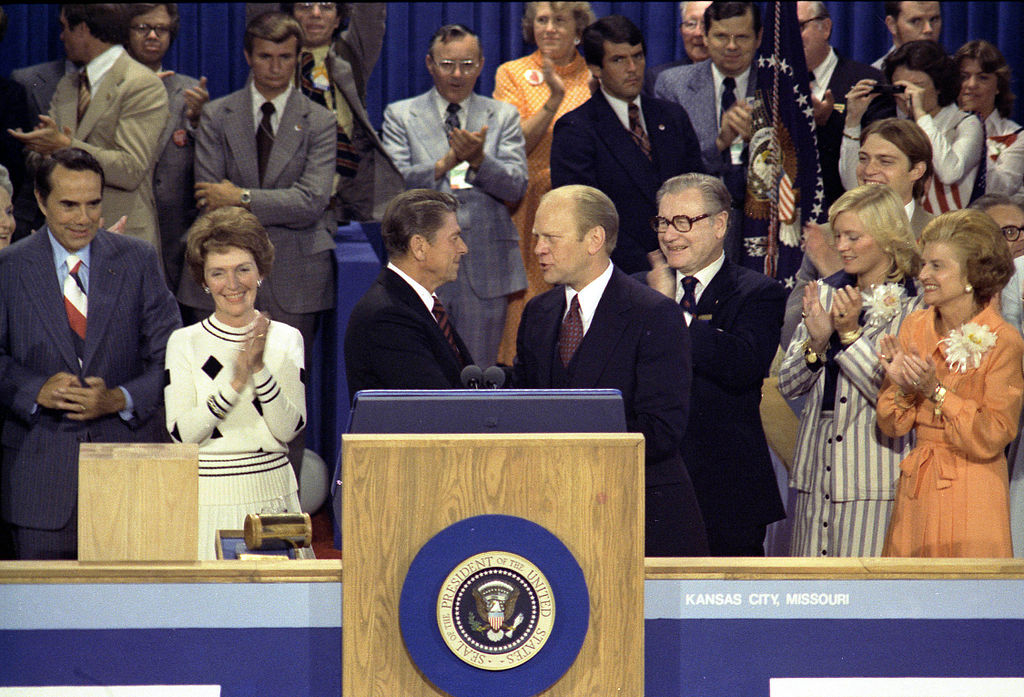 More than forty years ago Ronald Reagan was asked by someone to write a letter for a time capsule, addressed to future generations, to be opened a hundred years later, in 2076. He spoke of it himself in August ’76, in a speech at the Republican National Convention. “You’re going to write for people a hundred years from now who know all about us,” he warned, “we know nothing about them. We don’t know what kind of world they’ll be living in.” Pay attention to what he said next, however, because Reagan seemed to know exactly what problems those future generations would face:

If I write of the problems, they’ll be the domestic problems of which the President spoke here tonight; the challenges confronting us, the erosion of freedom taken place under Democratic rule in this country, the invasion of private rights, the controls and restrictions on the vitality of the great free economy that we enjoy.

And he added (perhaps thinking of Russia in 2022):

These are the challenges that we must meet and then again there is that challenge of which he spoke that we live in a world in which the great powers have aimed and poised at each other horrible missiles of destruction, nuclear weapons that can in a matter of minutes arrive at each other’s country and destroy virtually the civilized world we live in.

I find it amazing that Reagan pointed out the exact crossroads at which we find ourselves today. I have taken the trouble to look up what Carter was saying at the time, at his Democratic Convention. Despite proclaiming an endless string of nonsense, drivel about love, and advancing that as president he would try to sink the economy by raising taxes, there is almost nothing in Carter’s speech that would fit the Democratic Party today. His most important phrase was, “We can have an America where freedom, on the one hand, and equality, on the other hand, are mutually supportive and not in conflict, and where the dreams of our nation’s first leaders are fully realized in our own day and age.” Reagan himself might very well have penned it.

I did this as an exercise to see if once and for all we might understand, and truly realize, that it is the left that has moved towards nothingness. We conservatives think the same as we did fifty and one hundred years ago. And I dare say a hundred years from now too. Democrats have gone from wanting to solve problems with misguided prescriptions in the 1970s to a succession of obsessions, broken flags, and esoteric beliefs ranging from fighting climate change to the importance of educating school children about transgenderism.

What Carter called for in ’76 has nothing to do with Obama’s or Biden’s policies: “It is time for us to take a new look at our own government (…) to expose the unwarranted pressure of lobbyists, to eliminate waste.” Of course they didn’t get rid of the lobbies, they just sold everything to their lobbyists: to environmentalists, LGBT movements, or BLM pirates. And no, of course, they haven’t ended the waste: just take a look at the money the government spends on fighting the climate enemy, increasing the size of the government, and creating things like the National Strategy on Gender Equity and Equality Strategy.

The global left (this is not exclusive to the Democrats) has gone crazy and forgotten about the needs of real people. That is why more and more working-class people are looking towards conservatives in their vote, because at least they sit down and talk face to face. The left can no longer hear the voice of working-class people because they are too busy saving the planet.

The right, on the contrary, can boast of a truly relevant program. Reagan’s words about freedom, about the invasion into private rights, and about this obsession for limiting the free market are words that the next Republican candidate for the presidency could speak — without touching so much as a comma. And they would take him to victory, like Reagan in 1980.