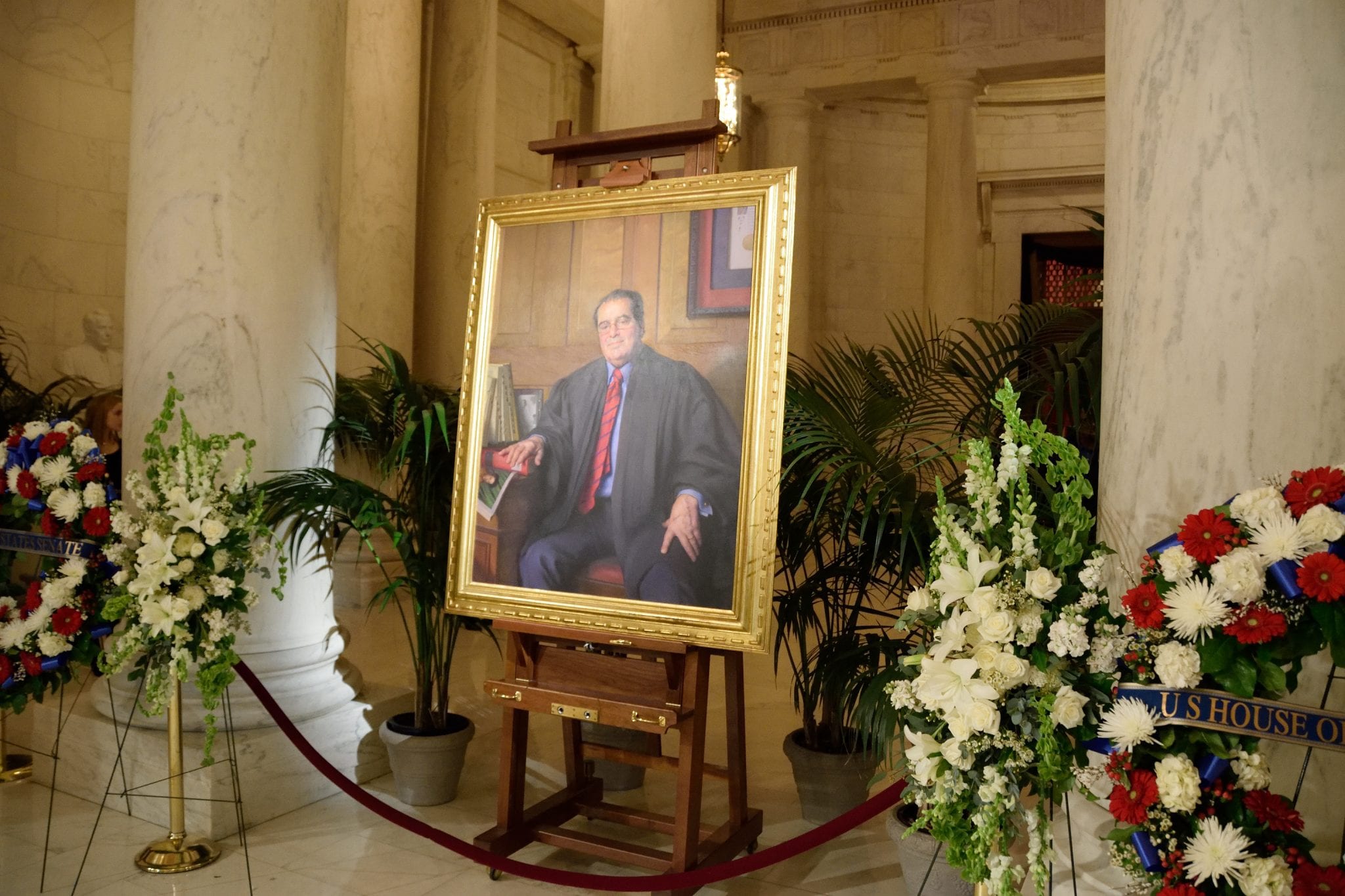 Greatness casts a long shadow. For, even after death, the eminent live on in the legacy they forge.

So it is with Antonin Scalia. Scalia became one of the most consequential persons ever to sit on the Supreme Court. Judges seek to emulate him. The GOP runs national campaigns in part on nominating judges in his likeness.

Since his death in February of 2016, Scalia’s influence of course continues through his three decades of judicial opinions. But he still exerts great influence in another, less-discussed way. In 2012, he co-authored the book Reading Law: The Interpretation of Legal Texts with Bryan A. Garner. This work describes numerous “canons,” or rules regarding how to interpret legal documents.

In so describing these canons, Scalia and Garner provide a defense of and a handbook for textualism, an approach to legal interpretation that “in its purest form, begins and ends with what the text says and fairly implies.” This approach seeks to vindicate two important principles. First, it upholds the rule of law. It does so by saying that words and phrases possess objective meaning discernable by regular people. Thus, the words and phrases making up our laws can reliably impart to us what is permitted and forbidden.

Second, textualism keeps judges in their rightful place within our Constitutional order. In Federalist 78, Alexander Hamilton argued that judges would not act from “will,” but “merely judgment.” Congress should exercise will, creating laws based in part upon its wishes. Judges, tasked with interpreting those laws, must set aside their own preferences, only seeking to discern and apply the will of the legislative branch. Textualism then seeks to keep judges to judgment alone by basing decisions only on a fair interpretation of a law’s own words.

Reading Law provides judges with the means to uphold both principles. And it has done so already, to an extraordinary degree. A mere seven years since its publication, Reading Law has been cited in over 1,000 state and federal cases. Just this spring, for instance, Supreme Court justices referenced the work in 10 cases.

Focusing just on this spring’s Supreme Court, we see Scalia’s influence at work. For example, Canon 27 in the book says we should respect the rule of law by reading statutes as internally consistent. This stops judges from rewriting laws to suit themselves. This position came up in Department of Commerce v. New York, which asked whether the Secretary of Commerce could include a citizenship question on the 2020 census. Justice Breyer wrote an opinion arguing that relevant statutes required the secretary where possible to use sampling of the population rather than a direct head count. Justice Samuel Alito rejects this reading by citing Canon 27. Breyer’s reading, he argues, made the law contradictory, giving the secretary at the same time discretion to choose counting methods and requiring him to use one method in particular.

Along similar lines, Canon 36 states that judges should read statutes so that no part is redundant and thus superfluous. Doing so respects the will of the lawmaker by assuming that every word is there for a reason. In his dissent in United States v. Davis, Justice Brett Kavanaugh cited Reading Law to argue this principle, claiming the majority’s reading of a criminal statute made two parts of it redundant.

For a third example, Canon 34 declares that a law’s preamble can inform how to read the rest of the law. This principle, by the way, also applies to the Constitution’s Preamble, which does not itself have legal force but instead instructs on how to understand what follows.

Here we see the book’s influence stretching beyond the Court’s Republican appointees. Justice Elena Kagan cited the work in Gundy v. United States. There, the Court considered whether a law regarding registering sex offenders gave the attorney general unconstitutional power to decide to whom the law retroactively applied. Kagan noted that the law’s preamble stated it wanted a “comprehensive” registering system, thus demanding that the Attorney General apply the law to all sex offenders. What did she cite to say this preamble was “a permissible indicator of meaning”? Canon 36.

Thus, in Reading Law, we find yet another enduring source of Scalia’s greatness. His book has already proven an invaluable source for judges and an aid to upholding the rule of law and rightly exercising judicial power. Moreover, these canons can show us non-lawyers that laws can rule because words can matter. In that, he does more than teach us how to read law. He teaches how to read.

Adam Carrington is assistant professor of politics at Hillsdale College.