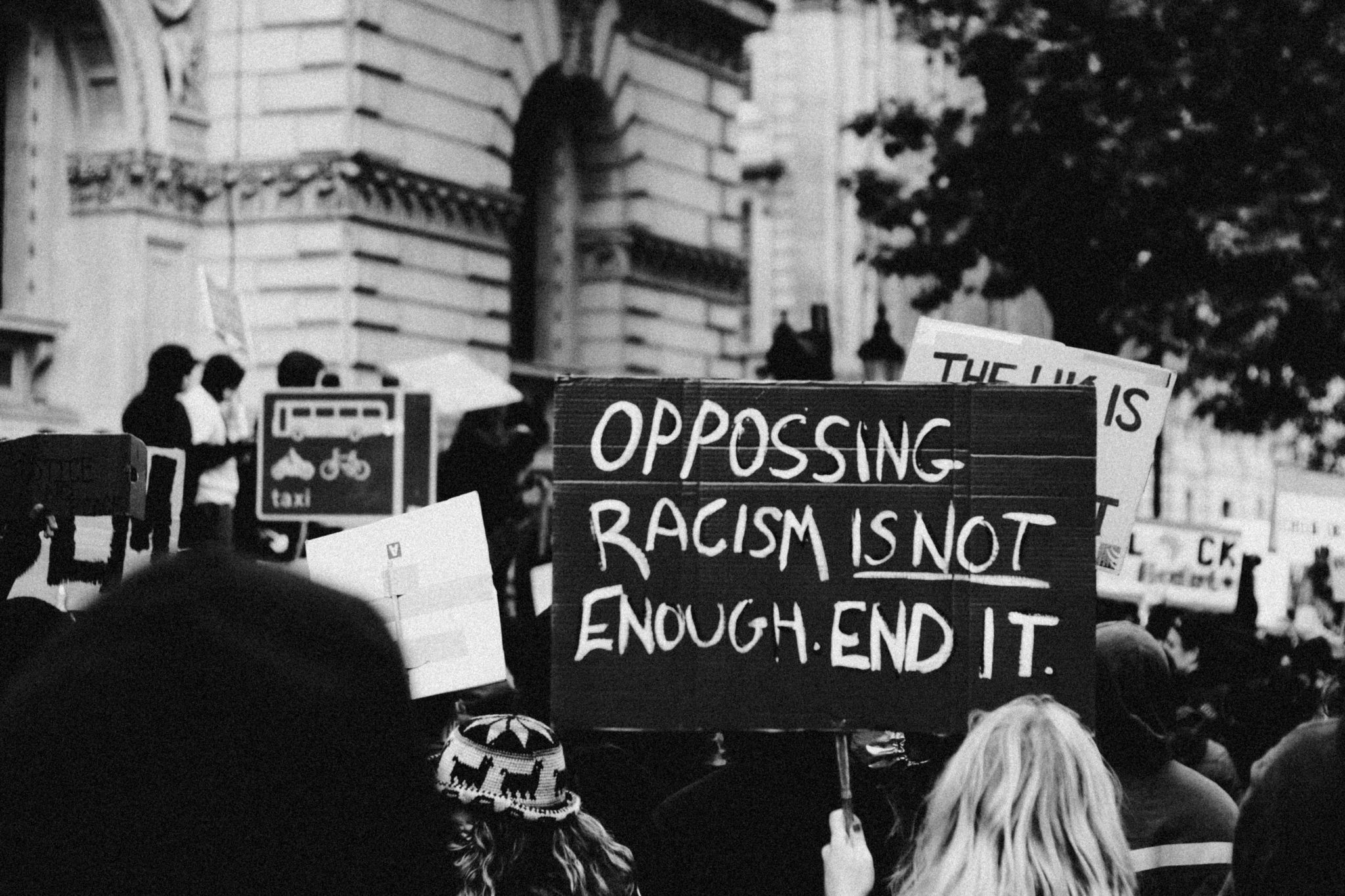 With all the talk about racism, let me ask a simple question. How do you make someone a racist? Assuming that’s what you want to do.

For the woke Left, that’s a no-brainer. Just be born with white skin. The two-month-old child, the American Nazi — no difference, really, if they’re white.

Then there are the institutions that have made us less racist. You’d want them to disappear. One of them is religious organizations. Look at the photos of priests, ministers, and rabbis at the old Civil Rights marches. You’ll not want them around. In Louisiana the archbishop excommunicated segregationists in the 1960s. The problem with religion, you see, is that if you think that God created all of us in his image, and you have two brain cells to rub together, you have to believe in human equality. So if you’d want to promote racism, there’s your problem right there.

American nationalism has to go too. What makes a person an American are our founding texts, especially the Declaration of Independence and the Bill of Rights. Their importance as nationalist icons has so frequently been noted that the point might seem trivial. “The American Constitution is unlike any other,” said historian Hans Kohn. “It represents the lifeblood of the American nation, its supreme symbol and manifestation.”

That was also Lincoln’s idea of American nationalism, expressed in a speech on July 4, 1858. For some in his audience, the holiday was a reminder of their ancestors’ patriotism and bravery. But when he spoke half of the country was foreign born, or the descendants of people who had lived elsewhere in 1776. It didn’t matter, said Lincoln. They were still entitled to celebrate the Fourth, to call themselves Americans. And what made them so was something other than ties of blood:

When they look through that old Declaration of Independence they find that those old men say that “We hold these truths to be self-evident, that all men are created equal,” and then they feel that that moral sentiment taught in that day evidences their relation to those men, that it is the father of all moral principle in them, and that they have a right to claim it as though they were blood of the blood, and flesh of the flesh, of the men who wrote that Declaration, and so they are. That is the electric cord in that Declaration that links the hearts of Patriotic and liberty-loving men together, that will link those patriotic hearts as long as the love of freedom exists in the minds of men throughout the world.

Nationalism subverts racism in another way. If you’re a nationalist, you have to feel a sense of brotherhood with all other Americans, whatever their color. Otherwise, nationalism is a hollow fraud. So if you want to make us all racists, you’d really want to preach that this is a horrible country and that no one should be proud to be an American.

Of course, teaching that white people are worthy of death helps move the ball in the right direction. An Asian-American Yale psychologist recently gave vent to her fantasies “of unloading a revolver into the head of any white person that got in my way, burying their body and wiping my bloody hands as I walked away relatively guiltless with a bounce in my step, like I did the world a favor,” she said, adding an expletive.

Finally, there’s the way in which anti-racist messages might backfire and make us all more racist. If you’re told that because of your skin color you’re necessarily a racist, I wonder if some people might say, “Well, okay then … ” Educators tell us that if children are told that they won’t succeed, then they don’t. They internalize the message. Something like that might happen when people are told that they have this disease called racism and it’s incurable.

In a color-blind society you’re not supposed to think about race. Now, however, we’re told to think about it 24/7, and don’t let me find your mind wandering! Am I so wrong in thinking that’s going to make us more racist?

So what if the woke Left has made us more, not less, racist? What if the best thing we could do is think that this is a pretty good country, built on some great values? How about thinking that we’re not racist, and maybe if we do we’ll be less racist?

F.H. Buckley teaches at Scalia Law School. His most recent book is Curiosity — And Its Twelve Rules for Life (Encounter).