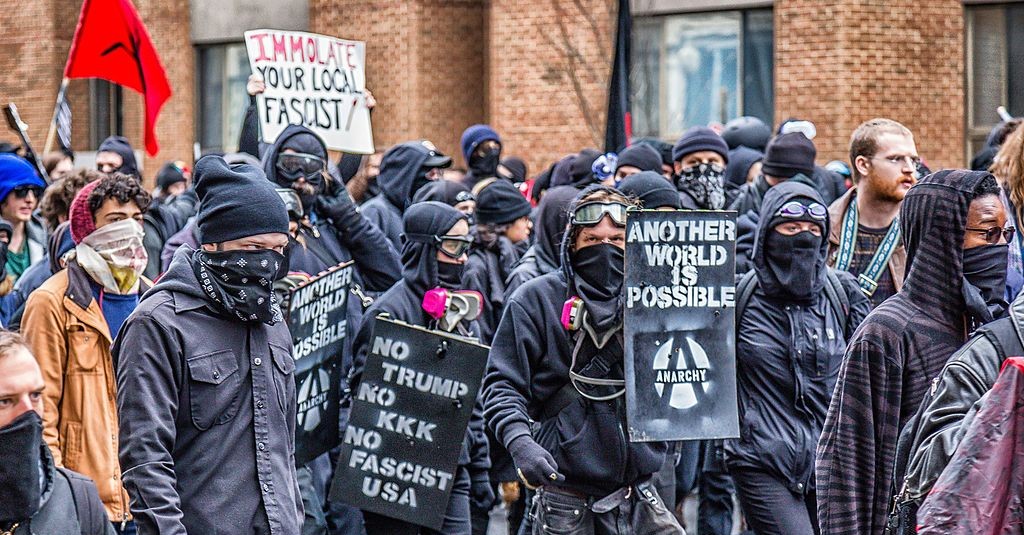 I am looking for a name to describe today’s progressive Left, and perhaps you can help.

Some people I know call left-wing Dems “communists,” and I’ve always hated that. It brings back memories of the Red Scare and reds under the beds. Even though there really were reds in the State Department, Joe McCarthy gave conservatism a bad name, and we don’t want to go back there.

Besides, the Soviet effort in defeating Germany deserves to be remembered. I visited St. Petersburg three years back, and the first thing I saw was an underground museum built on the site of the farthest outpost of the Russian army. From it, loudspeakers had broadcast Shostakovich’s Leningrad symphony to the Germans. The defense of the city was nothing less than heroic. Up to 1,500,000 Russian soldiers and civilians died during the nearly 900-day siege. There was mass starvation, and people died in the streets.

I honestly cannot forgive any German soldier for the Second World War. But the Russians who defended their country? I honor them.

There’s an effort in Russia today to celebrate all of its history, the good, the bad, and the ugly. Peter the Great, Nicholas II, Lenin, and even Stalin. Borodino, the Aurora, the works. Don’t be frightened when you see Stalin’s portrait in a Russian demonstration. It’s not about Stalinism. It’s about trying to feel good about being Russian.

We also could use a bit of forgiveness about parts of our past.

There’s one thing else that makes me uncomfortable when people call our progressive Democrats communists. Whatever the practice was like, the communists aspired to a universal ideology, one that didn’t divide people up on the basis of their race or religion. “The International unites the human race,” went the hymn. There are worse ideals, and that’s an improvement over today’s race-obsessed progressive Left.

So if the communist label doesn’t fit, what then? Well, for starters the progressives are anti-capitalist and might possibly learn something from Ezra Pound about the evils of financial capitalism. In Canto XLV, published in 1936, Pound ascribed society’s ills to the abandonment of nature and natural processes of creation. Real wealth, as opposed to the financial wealth of stock jobbers, came from the wool grown by the sheep, the house built by the stonemason, and the picture of paradise painted on a church wall. But all this had been marred by capitalism and usury. The same sentiments have been expressed by anti-capitalists and the Occupy Wall Street movement of a dozen years ago, but never so poetically as by Pound’s “Usura Canto,” which you can hear him recite on YouTube.

Pound’s hatred of usury came from the crackpot Social Credit theories of Major Douglas, and the antipathy to capitalism to his admiration for raw power and Mussolini’s fascism. During the Second World War Pound made hundreds of broadcasts from Italy to express his support for Hitler and Mussolini and his hatred of Jews. When the war ended, he was arrested as a traitor and confined to St. Elizabeth’s mental asylum in Washington, D.C.

Then there’s the race hatred in progressivism. If I sought a historical parallel, I’d look for a movement that identified with a defeated people and that blamed all its ills on another racial group. Today it’s whites who are the villain of the piece, and Jews in particular. In the past there have doubtless been similar movements. They don’t come to mind, however.

Finally there’s the moral absolutism of our progressives, the intolerance for the other side, the willingness to ascribe evil motives to everything they do, and the arrogance and hatred of the big-time newspapers and networks. Have we ever before seen a media so devoted to anger and contempt?

There must have been something like this in the past. But I’m blanking.

F.H. Buckley teaches at Scalia Law School. His most recent book is Curiosity — And Its Twelve Rules for Life (Encounter).