I do not think Russia will invade Ukraine. That does not mean that President Joe Biden’s lily-livered attempt at deterrence has succeeded; it is more a result of a cost-benefit analysis on the part of Russian President Vladimir Putin. I am making this prediction based on the assumption that Putin is still a rational actor. If that assumption is incorrect, all bets are off. Putin sees himself as a new Joseph Stalin. He will get what he can by bluff and bluster, but he will probably not precipitate a major European conflict unless he sees that the gains far exceed the risks. That is improbable.

In my view, the current crisis was a probe on Putin’s part. He got away with the 2014 annexation of Crimea because NATO was busy in Afghanistan and America had a leader who had shown himself to be vacillating and weak on foreign affairs in former President Barack Obama. This time around, the American debacle in Afghanistan combined with Europe’s desire for cheap energy convinced Putin that it was time to evaluate the fiber of the West. When the crisis began, he had several options open to him. If Ukrainian resolve appeared weak, he could engineer a coup that would put a pro-Russian government in place. The crisis also gave him a chance to assess Western resolve. He had nothing to lose by saber-rattling. Holding major winter exercises would examine the readiness of the newly modernized Russian military machine and remind NATO that Moscow still has teeth. 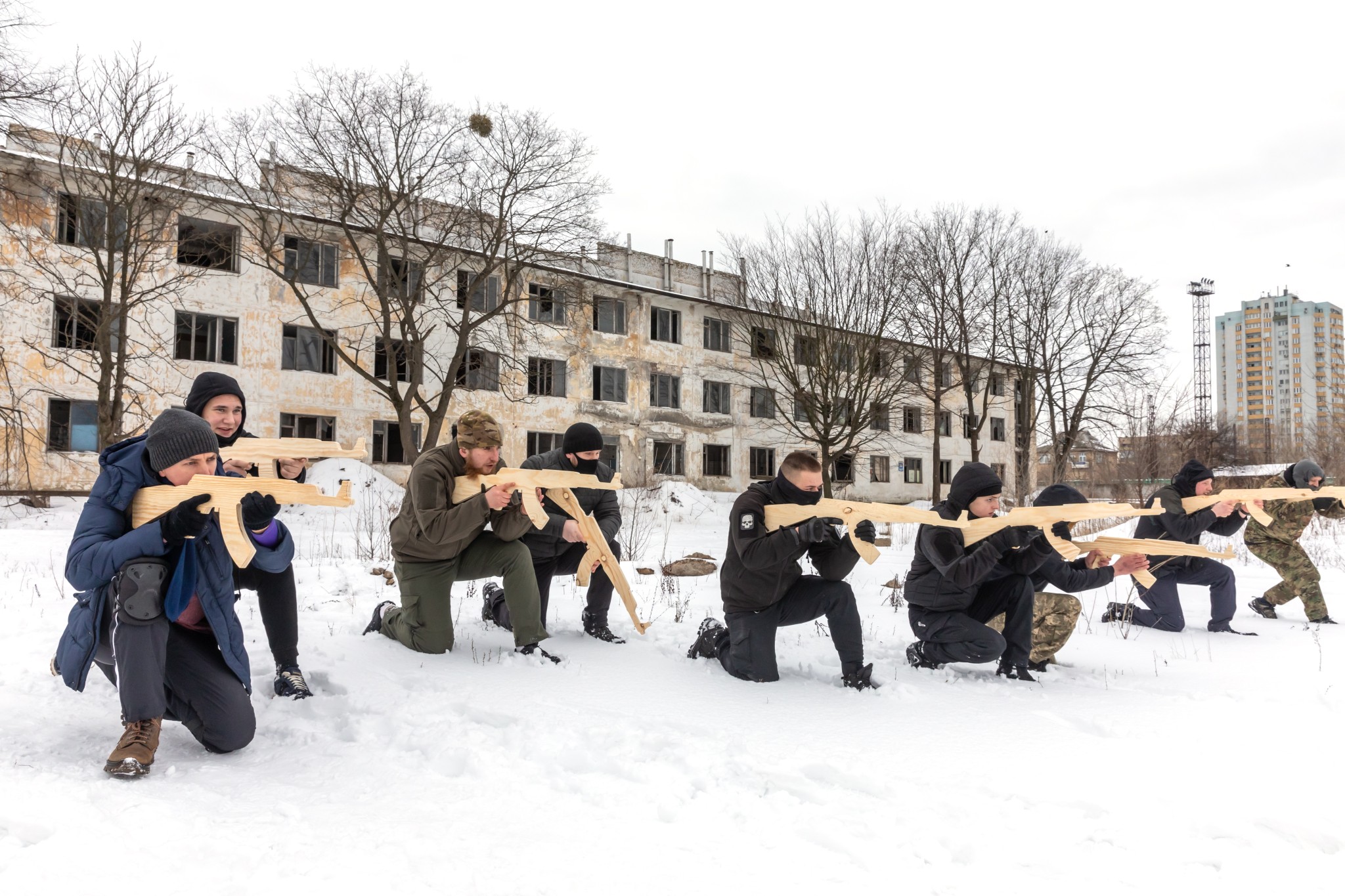 The American debacle in Afghanistan combined with Europe’s desire for cheap energy convinced Putin that it was time to evaluate the fiber of the West.

A few things have happened along the way that likely convinced Putin that the bluff and bluster was not going to pan out the way he had hoped. First, Biden’s debacle in Afghanistan and poor ratings at home regarding his domestic political failures forced the American president to appear to be tough in the foreign policy area. To his credit, Biden has done a fair job of trying to present a united NATO front to any Russian aggression even though the sticks he is using are economic sanctions and the threat of further isolating Russia diplomatically. NATO now has more troops in Eastern Europe than when the crisis began. This is likely not what Putin expected. No one seriously believes that the deployment of 6,000 U.S. troops to Eastern Europe is a real military deterrent, and only those great progressive military strategists at Ben and Jerry’s and Sen. Bernie Sanders believe that Biden’s pathetic military moves will provoke a war.

A short and bloodless conquest such as Crimea is one thing; a protracted conflict with Ukraine that might spill over into Eastern Europe is quite another.

The threat of canceling the Nord Stream 2 pipeline is a credible potential response to Russian military aggression. Putin also must consider domestic issues. The reality is that Russia is rapidly becoming a third-world nation in that it relies on natural resource exportation to prop up its economy. There is no enthusiasm for war in Russian public opinion. A short and bloodless conquest such as Crimea is one thing; a protracted conflict with Ukraine that might spill over into Eastern Europe is quite another. In addition, Putin’s pretext for threatening Ukraine over NATO membership is paper-thin and transparent. Ukraine has not formally applied for NATO membership and there is not great enthusiasm among members for greater expansion. Putin has not disguised his desire to bring Ukraine and former Soviet Union member states back into the Russian fold, but few Russians view that as a national priority. Even hardline retired Colonel-General Leonid Ivashov thinks the whole Ukrainian project to be a fool’s errand. Putin has left himself a viable off-ramp in that if there is no attempt to bring Ukraine into NATO, he can declare victory. I suspect that several of NATO’s weaker sisters have already pledged to block such an attempt through back channels and all NATO members must agree to any additions to the alliance.

Putin is a student of history and must have noted that — with the exception of piling on to Hitler’s invasion of Poland — his idol Stalin only invaded one neighboring European country unprovoked. That was Finland, and it was Stalin’s greatest embarrassment. After that debacle, Uncle Joe used the Soviet Union’s membership in the anti-Axis coalition as a pretext for further expansion. Stalin would probe, but he would back off when seriously challenged. That is probably why — unlike most autocrats — he presumably died of natural causes.

Like most professional general staffs, the Russians do advantage/disadvantage analyses of various courses of action. I suspect the Russian staff’s analysis of a Ukraine invasion looks something like this:

Again, this column is based on the premise that Putin hasn’t gone mentally gone off the rails. If so, he must ask himself, “How lucky do I feel today?” If he does invade, the answer he would have gotten from Ronald Reagan or either of the Bush boys would have been, “Make my day.”

Unfortunately, what he may get from Biden is probably: “Shucks, you called my bluff.”