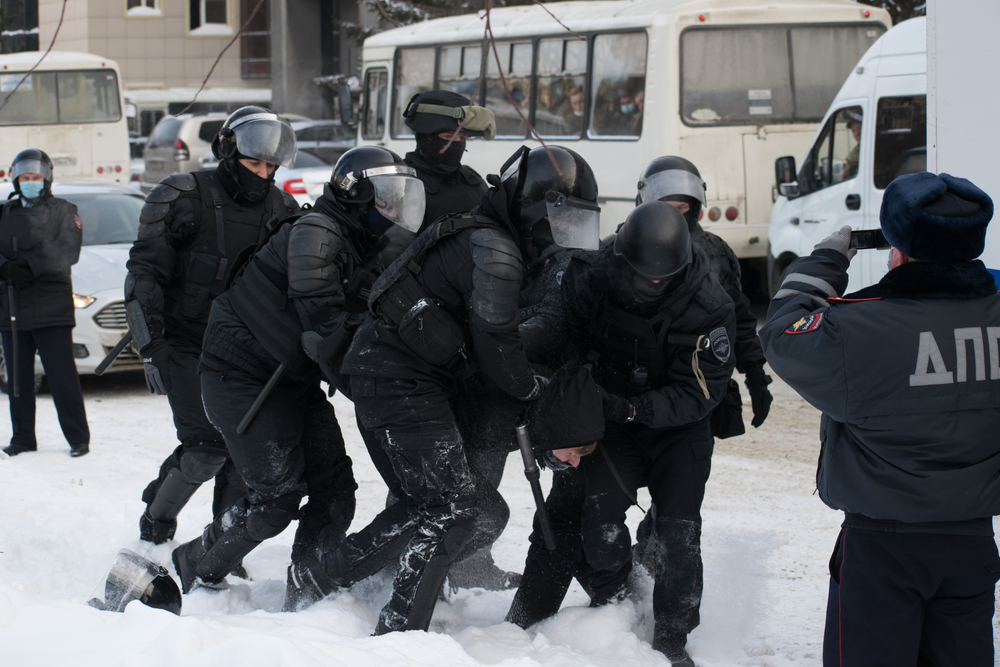 Washington — At the end of the Cold War, ex-President Ronald Reagan and his successor, President George H. W. Bush, were two happy statesmen. They had achieved their prized goal, an end to hostilities with the USSR. For that matter the Russian president, Mikhail Gorbachev, and his successor, President Boris Yeltsin, were pretty happy too. Gorby was perhaps less happy than his American counterparts, but he came around to accepting that the conclusion of hostilities between America and the USSR was not a bad thing. Gorby, you will recall, had objected when President Reagan famously said, “Mr. Gorbachev, tear down this wall.” The wall being the Berlin Wall, which separated East and West Berlin. Still, Gorby came to accept the end of hostilities between the USSR and the West, and Yeltsin was clearly delighted by it. He was no longer going to be faced with bankrupting bills in his military budget — just as President Reagan had predicted.

I met Boris shortly after the wall came down. Before meeting him, I conferred with Bob Gates at his office at CIA headquarters. Time spent with the cerebral head of our CIA was never time wasted. On that occasion we had a wide-ranging talk, and among the points Bob made was that Russia was proud of its cultural achievements. It wanted them recognized. The Russians thought of themselves as part of the West.

A great country never escapes its history. Win, lose, or draw, the Russians are a bloody-minded people.

Bob made the point that while American universities were ashamed of American history Russia was proud of its history. With Bob in mind, I was quick to tell President Yeltsin, as I chatted with him at the White House, that I had listened to a Prokofiev symphony and read The Brothers Karamazov in preparation for my evening with him and his Russian aides. I added that Russia’s culture was a great culture and that it had contributed richly to Western culture. He smiled broadly. That was my pitch to be President Bush’s ambassador to Russia. George did not take the hint.

Now the Russians under Vladimir Putin are again bellicose. President Putin is responding to another aspect of his Russian culture. The historian Hélène Carrère d’Encausse wrote of it in her magisterial work The Russian Syndrome: One Thousand Years of Political Murder. The great historian says, “The history of Russia is first and foremost a continuous history of political murder.” When she wrote that line, she was not thinking of Prokofiev or The Brothers Karamazov, but she was thinking of Ivan the Terrible and Peter the Great and Lenin and Stalin.

I was also reminded of a Russian warship that almost sank in the Middle East during military exercises that were supposed to demonstrate to the West Putin’s increased military prowess. There have been lesser mishaps surrounding the Russians’ maneuvers too. I believe the Russians are about as weak as they were at the end of the Cold War, but I am not so sure. Last week when our 79-year-old president had his talk with Putin on the telephone I hope he was forceful but politely reminded his Russian adversary of how the Cold War ended. Putin should not be rattling the saber once again. We are prepared for him.

Yet I am reminded of another thing that d’Encausse wrote in her monumental book on Russia. A great country never escapes its history. Russia has endured 1,000 years of bloody murder. Win, lose, or draw, the Russians are a bloody-minded people. What have we endured? Well, we have endured some 250 years of nation-building, much of it inspiring. We have saved the civilized world at least twice. We have in those 250 years ushered in modern times, rendering a massive frontier the most modern landscape on Earth. In practically every one of the sciences we have been a force for good, but now we come to the last few decades. Increasingly it is seen as the Era of the Snowflake. Particularly with the young men it is the Era of the Snowflake. Oh yes, and it is also the Era of the Woke Folk.