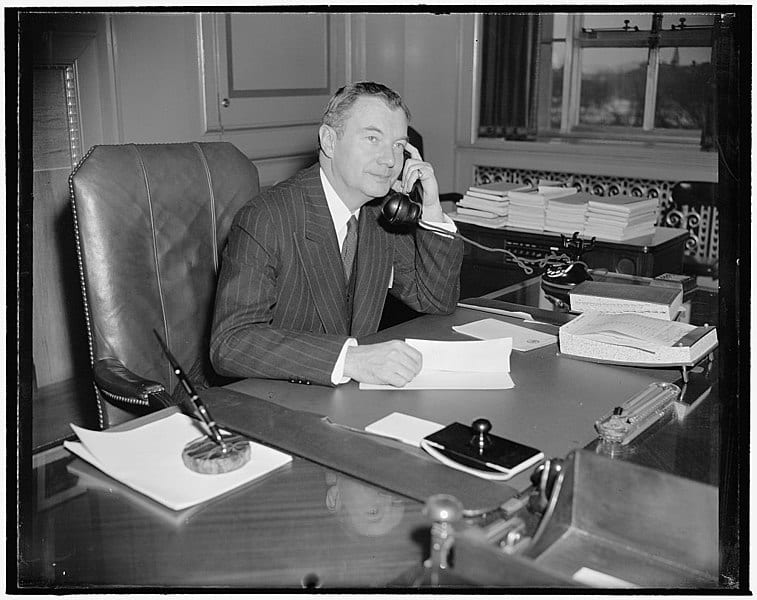 President Trump would be right to pardon Martha Stewart and Rod Blagojevich. They were both railroaded by overzealous prosecutors, James Comey and Patrick Fitzgerald, who along with Robert Mueller personify the prosecutorial fanaticism that cares more about high profile convictions than serving justice.

The preeminent American jurist, Robert H. Jackson, once said, “While the prosecutor at his best is one of the most beneficent forces in our society, when he acts from malice or other base motives, he is one of the worst.”

They rely overwhelmingly on something else about which Jackson warned: “[A] prosecutor stands a fair chance of finding at least a technical violation of some act on the part of almost anyone.” Mueller is currently testing whether that axiom extends to the president.

Mueller’s rejection last month of the president’s offer to answer all his questions, but in writing, betrayed Mueller’s motivations. His desire is not to find the truth, it is to find a “technical violation.”

Trump’s recent pardon of Scooter Libby was the long-overdue official rebuke of Fitzgerald, appointed by Comey to investigate the Plame affair, for his orchestrating a disgraceful stitch-up.

Comey (indirectly) appointed Mueller, too, by leaking subjective and unverified classified memoranda to the New York Times. In acknowledgement that the leak was probably illegal, Comey lawyered up, retaining Fitzgerald as defense counsel.

In a departure from standard practice, rather than investigating a supposed crime, for over a year now Mueller has been searching for one. The circular logic of Trump’s critics assumes that since Mueller is searching for a crime there must be one. But in fact, Mueller is no stranger to targeting innocent men.

As FBI Director, Mueller managed the 2001 “Amerithrax” investigation. Mueller spent three years hounding Dr. Steven Hatfill, who he and Comey proclaimed with absolute certainty was their man. Their certainty was based on a false positive by a team of bloodhounds purportedly able to track the culprit’s scent from a year-old anthrax-laced envelope. In a previous case, the same team of bloodhounds helped convict a man falsely accused of rape, to whom a federal jury awarded $1.7 million in damages. Hatfill later received over three times that sum in damages for the hardship Mueller induced.

At the time, Hatfill exposed the now-familiar tactic of “peddling groundless innuendo and half-information… to gullible reporters, who in turn repeat this to the public in the guise of news.”

There are few things more dangerous than power in the hands of someone who thinks himself infallible.

In 2004, Comey (then-Deputy Attorney General) and Mueller (then-FBI Director), in an intra-departmental act of tag-team political grandstanding, threatened to resign over the Bush administration condoning domestic wiretapping without a warrant.

Meanwhile, Mueller had no qualms using the fruit from the poisonous tree of incidentally collected and spuriously unmasked audio recordings to entrap General Flynn.

These prosecutors’ common thread is, despite their painstakingly cultivated Eagle Scout personas, they are base opportunists and self-righteous fanatics swaddled in what Andy McCarthy terms “technocratic altruism.”

Shuffling around the upper ranks of “an unaccountable fourth branch of government” for decades, they rose to power by manipulating the dispensation of blind justice into an exercise of self-serving realpolitik. They are not even cynics. They are merely such prodigious consumers of their own bathwater that they believe the lies.

Comey spent his early career collecting enough high profile scalps in New York City to trade up for a senior post at Justice. His collection included Martha Stewart, incarcerated for a typically finable offense, and the malicious prosecution of prominent tech banker Frank Quattrone for no reason. Comey’s indictment of Quattrone claimed 8-words, “You shouldn’t joke about that on e-mail,” amounted to conspiracy to obstruct justice.

Thirteen years after his baseless prosecution of Quattrone, Comey unilaterally decided that “no reasonable prosecutor” would pursue an indictment of Hillary Clinton, despite her countless violations of federal statutes related to mishandling classified information. Doubly bizarre was his pass on the low-hanging obstruction charge for the deletion of 30,000 emails that were under Congressional subpoena.

Less than a year later, Comey fumbled classified material of his own when he spitefully leaked surreptitious notes of his conversations with the commander-in-chief to the press.

The double standards these three prosecutors epitomize are the product of pathological opportunism and professional expedience, or as Robert H. Jackson would put it, “base motives.”