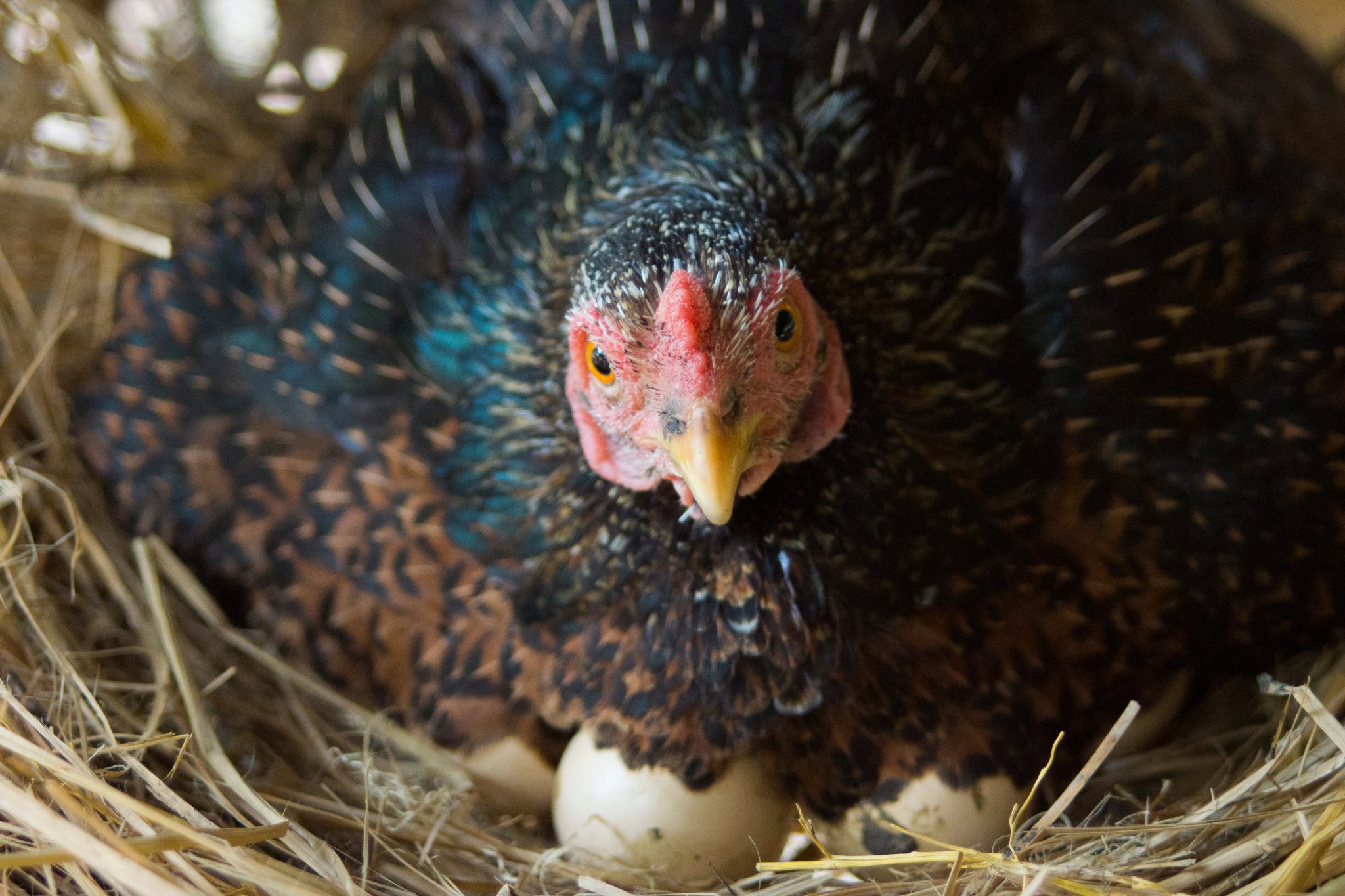 I’ve started to hatch an egg. I only have three more left in the carton. I spend six hours a day squatting in chicken position with a blanket to keep the egg at exactly 29 degrees Celsius (84.2 degrees Fahrenheit) and clucking so it gets used to my voice. The idea is that if a hen hatches, it can lay eggs for me when it is older. And if it’s a cock — the sort that goes cock-a-doodle-doo — I can fatten it up and eat it on Christmas Eve. If a sheep is born, I’ll have to rethink my drinking habits.

You might find the thought of me balancing my bulky figure over a delicate little egg laughable. The neighbor across the street, the architect — certainly does. I hope his bridges fall down. He saw me hatching while he leaned out his window to smoke a cigarette. At first he didn’t notice. Suddenly we were looking at each other. Me, hatching. Him, blowing out a puff of smoke. His eyes were like moons. He grabbed the binoculars to make sure they weren’t playing tricks on him. I could almost read his mind: “That idiot writer playing thinks he’s Mother Goose!” Seconds later, he burst into such a fit of laughter and coughing that he had to be taken away by Emergency Health Services, dressed like an astronaut, and sprayed from head to toe with sodium hypochlorite. That’s egg on your face, Mr. Architect.

You may cackle at me, but when you run out of eggs, my Spanish omelette is going to be the envy of the neighborhood — as soon as I’ve solved the potato problem, that is. So far I’ve put a bag of potatoes in a pot, and I water it every morning with olive oil. I understand my plan may have some flaws, but I’ve decided to firmly believe in whatever I am doing, however stupid it may seem. I just know that before long, my baby potatoes will be born.

All of this is thanks to a motivating YouTuber who says that if you firmly believe something and repeat it over and over, you will succeed. She also says that I have no limits. That I set the limits for myself. That I can be whatever I want to be. So I’ve spent the whole afternoon squatting on the egg chanting, “Mmm, I’m a hen … Mmm, I’m a hen,” between clucks. I was sure it was working, but I’m starting to doubt since I found a documentary about poultry farms on The Farm Channel. They say that you know it’s a chicken because of the comb on their pileus. I’ve checked several times in the shower and I don’t think I have a comb on my pileus, but I’m not sure I know what the hell a pileus is.

In any case, I am confident that in 21 days the chicken will hatch and run happily down the hallway. I have to remember to tie the cat up. For crying out loud, I’ve even planned a welcome baby party for it, with birdseed, a cuddly Tweety Bird toy, and “Chick Chick Chicken” on full blast. It won’t know what’s hit it. The only chicken in the world that, on hatching, instead of saying “tweet,” says, “wow.” I hope he doesn’t “croak,” at least.

In Hatching Chicks for Dummies, it says that after 18 days the chicken will start pecking at the shell. I’ll have to make sure I squat a little higher up. I don’t want it pecking at the wrong egg. It doesn’t say this in the manual, but I figured it out.

A lot can still go wrong. I’ll admit it’s hard work being a chicken. And between you and me, it’s all a bit humiliating. But if all goes well, as soon as it hatches, I’m going straight on to incubating bottles of beer.