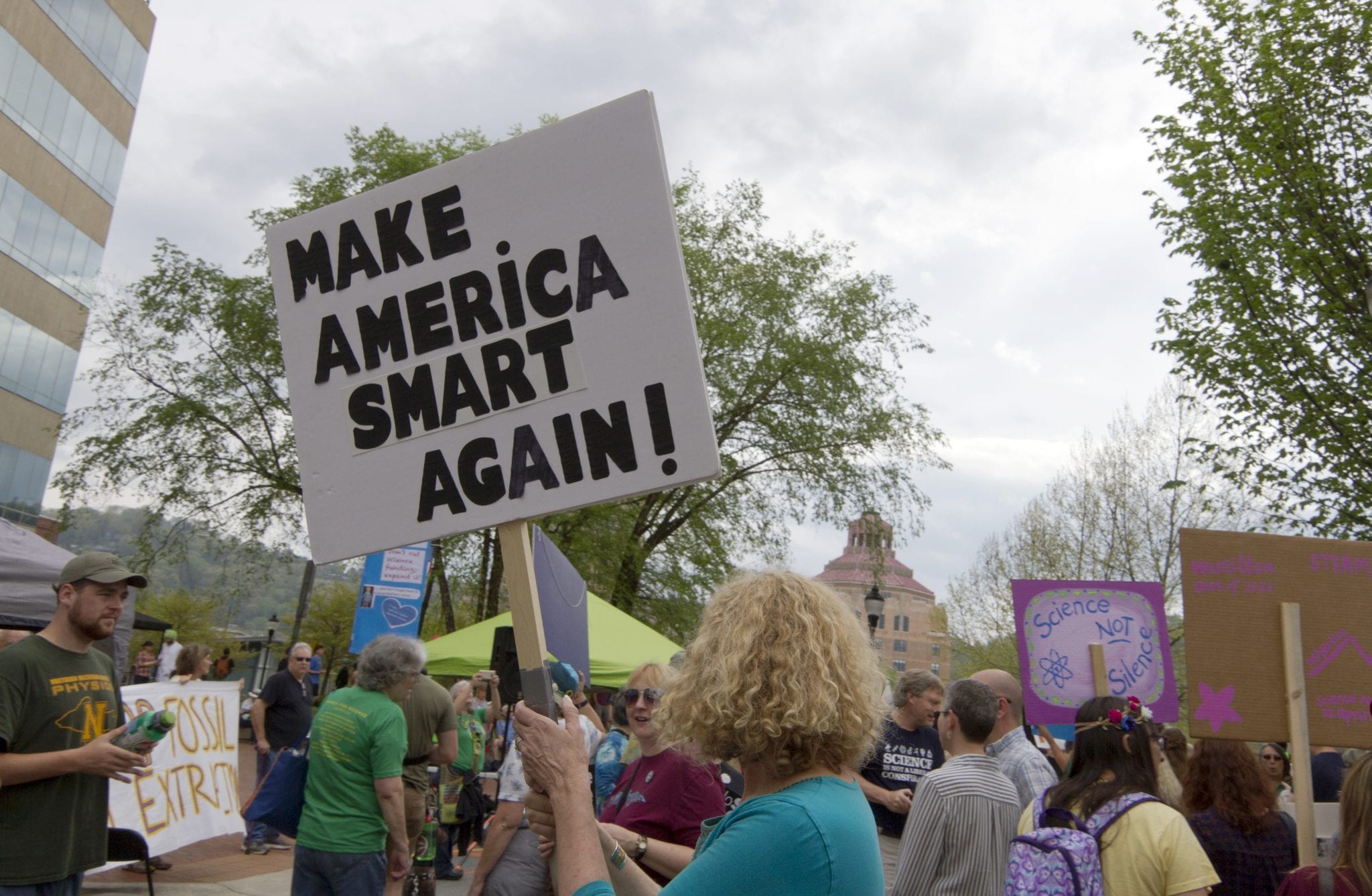 I saw a bumper sticker the other day that made me laugh: “Make American Smart Again. Impeach Trump.”

Let’s see now: he is a billionaire (although there is a debate about just how many billions). He paid very little or nothing in federal income taxes for a decade based on passive accounting losses from his real estate business; he was the star of a top-ranked TV show for fourteen seasons; he got himself elected President while spending half the money his opponent spent; he is married to a beautiful, elegant woman who did not leave him when he was accused publicly of conduct that would have destroyed many marriages.

But you are smart and he is dumb? Right!

I don’t usually bother writing to refute bumper stickers, but this one captured an error in thinking that is pervasive, so perhaps it is worth a moment to reflect on what’s wrong with it. The bumper sticker embodies what I call the “smarts fallacy,” which has two sides. One side is the idea that people who are successful in one area of human endeavor are necessarily going to be successful in some other area that requires different skills because they are “smart.” The other side of the same fallacy is that if you don’t like what President Trump is doing, he must not be “smart.” That side of the fallacy goes back to Plato, who also thought that the cause of evil behavior was lack of knowledge.

The underlying premise for the smarts fallacy is that if someone has shown that they understand how one part of the world works, they have a quality called “smarts,” and therefore they will have special insight into how things work in other areas of life about which they have no experience, training, or expertise. This version of the fallacy is particularly common among Republican politicians, who claim year after year that success in business is a good predictor of success in government, a proposition repeatedly demonstrated by experience to be false. Nuclear physicists also tend to be particularly prone to infection by the smarts fallacy; in my experience, they opine with great confidence concerning fields about which they are ignorant. Because he had developed the theory of special relativity, many people thought Einstein’s views on geopolitics were entitled to special weight.

The smarts fallacy is a sub-species of the fallacy of the unspecified domain, which means making a statement that is true for certain cases but not specifying the range of conditions over which it is true. It is also closely related to the microcosm fallacy, or the fallacy of composition, which is the idea that if one understands one part of the universe that necessarily explains all other parts of the universe. Although this idea was popular in the ancient world, it is false; too bad; it would make our lives much easier if by understanding one thing well, we got to understand everything else.

To its eternal shame, the microcosm fallacy inspired my nominee for the worst poem ever written (and that’s saying a lot):

No Buster, that’s completely wrong. All you really know is that you just killed a defenseless little flower by pulling it out by the roots. No matter how thoroughly you understand that little tragedy, it says very little about anything else, like how the Supreme Court works, or what portion of global climate change is caused by human use of fossil fuels, or whether your partner loves you, or anything else we might actually care about.

What the owner of the bumper sticker really meant is that he regarded Donald Trump as having many less than admirable qualities. Machiavelli pointed out four centuries ago that a successful national leader, whom he called “The Prince,” is not the kind of guy you’d like your sister to marry. Many of the characteristics that are not admirable or successful in ordinary life may nonetheless contribute to success as a leader, or at least so Machiavelli thought, and history tends to bear him out.

There is no valid general category called “smart” (although its opposite, “dumb,” unable to learn from experience, does indeed exist). But success or failure in one area of life does not necessarily translate into either success or failure in a different area of life that requires different skills and insights. Consider the lives of Harry Truman and Abraham Lincoln, both of whom experienced many failures earlier in life, only to be reasonably successful as presidents.

You may not like Donald Trump. You may even disagree with his policies — although that will get harder if he racks up successes on North Korea, trade negotiations with China, and immigration reform to match those on the economy and renegotiating our trade relationship with Canada and Mexico. But if you dislike or disagree with President Trump that is not because he is dumb and you are smart. There is no general thing called “smart.” Only the fool who puts a bumper sticker on his car thinks otherwise.