How much longer can Joe Biden remain in the White House? The man is feebleminded, weak, and incompetent. In his first six months in office, he has compiled an astounding record of failure and disaster. Despite the best efforts of his handlers and the ever-compliant corporate media to hide the truth, his already limited mental acuity is rapidly deteriorating in plain sight. What are the chances that he will make it to the end of his first term?

In the wake of Biden’s idiotically planned and disastrous withdrawal of American forces from Afghanistan, there have been growing calls for his impeachment. But, with the Democrats in control of the House of Representatives, the likelihood of that body passing articles of impeachment is nonexistent. Or, as Senate Minority Leader Mitch McConnell has flatly stated, “Look, there isn’t going to be any impeachment.”

In other words, the Republican calls for impeachment are going nowhere and serve primarily as a feel-good fundraising narrative for the party.

In apparent recognition of the futility of pursuing impeachment, there has also been a great deal of speculation about using the 25th Amendment to “remove” Biden. But how would that work, and what are the possible outcomes should it be invoked?

The 25th Amendment provides, in part, as follows:

Section 1 – In the case of the removal of the President from office or of his death or resignation, the Vice President shall become President.

Section 2 – Whenever there is a vacancy in the office of the Vice President, the President shall nominate a Vice President who shall take office upon confirmation by a majority of both Houses of Congress.

In the 1970s, these provisions were used when Vice President Spiro Agnew resigned after being charged with tax evasion. President Nixon nominated House Minority Leader Gerald Ford to replace Agnew, and Congress approved the nomination.

But that was then. What would happen in today’s bitterly divided political thunderdome if Biden was not removed from office? Could he, instead, either yield or have his powers taken away and still remain president?

The answers to those questions can be found in sections 3 and 4 of the 25th Amendment, which deal with the physical or mental incapacitation of the president.

At least one commentator has opined that the Democrats will never use the 25th Amendment to “remove” Biden since that would result in Kamala Harris becoming president. If that happened, the Democrats would supposedly lose Vice President Harris’ tie-breaking vote in the Senate, and their legislative agenda would grind to a halt.

That’s a happy thought, but a careful reading of sections 3 and 4 of the amendment indicates that the outcome would be otherwise. In fact, certain elements of the Democrat Party might benefit greatly from using the 25th Amendment to sideline Biden.

If, in lieu of resigning, Biden advised the Congress of his inability to discharge his duties, pursuant to Section 3, he would remain in office while Vice President Kamala Harris took over as acting president. 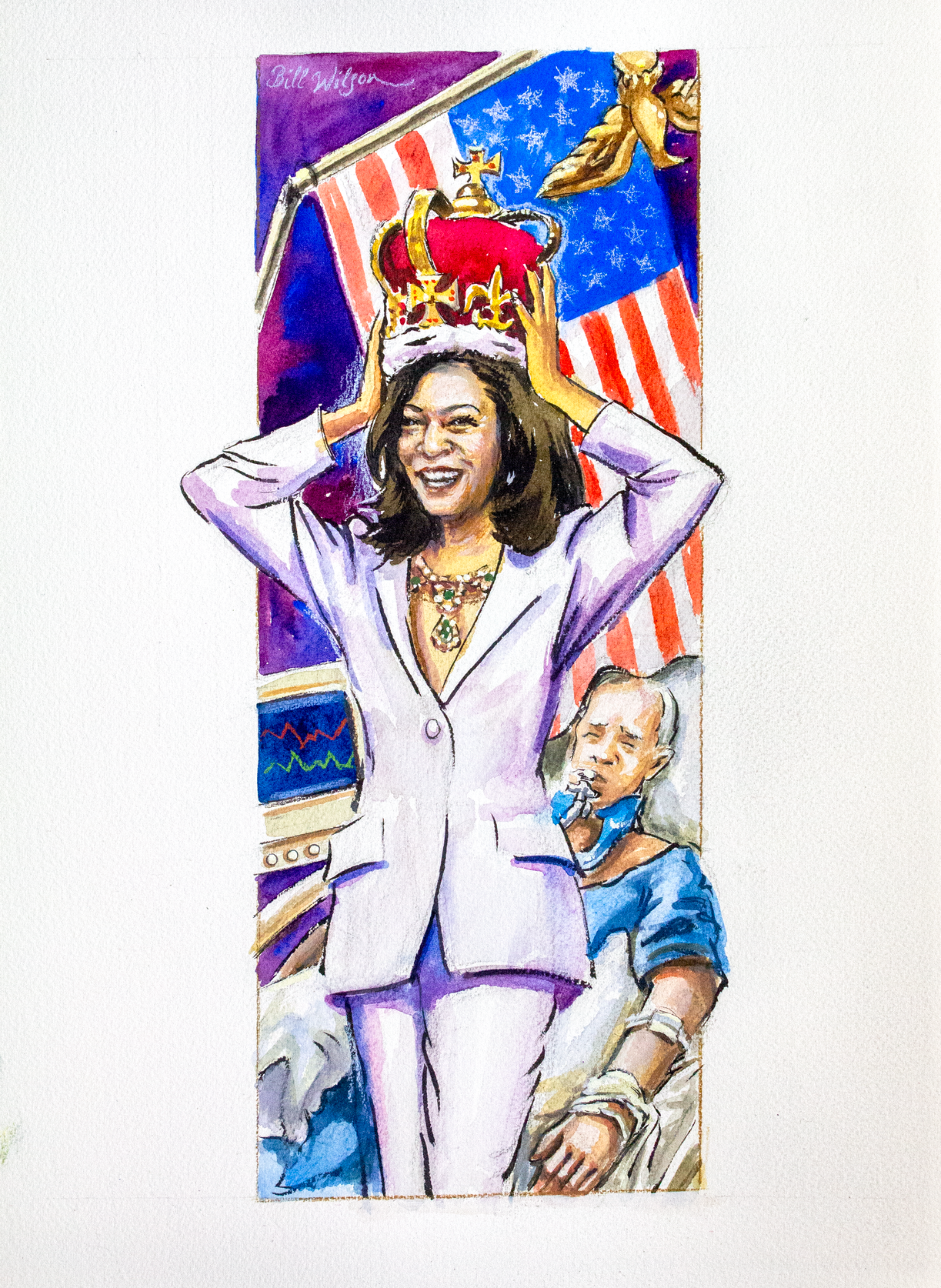 There is nothing in the amendment that defines the term “acting president” or provides that she would cease to be vice president with the power to preside over the Senate.

For many Democrats, such a transfer of power to Harris would likely be preferable to another three years of cleaning up after Biden.

But what would happen if Biden didn’t declare his inability to discharge his presidential duties and powers? Could Kamala Harris force a transfer of power?

In the event the president should challenge this declaration, the issue would be resolved by a “two-thirds vote of both Houses that the President is unable to discharge the powers and duties of his office, the Vice President shall continue to exercise the same as Acting President.”

Failing such a two-thirds vote, the powers of office would revert to the president.

If against all odds Vice President Harris were somehow able to cobble together a majority of executive department heads to join in a declaration to Congress that Biden was “unable to discharge the powers and duties of his office” and through some miracle two-thirds of the House and Senate upheld that declaration, she would nevertheless become acting president only.

Biden would still be president, and Acting President Harris would remain as vice president with the power to cast tie-breaking votes in the Senate.

While all of this may induce wet dreams among those elements of the Democrat Party eager to improve their electoral prospects by divesting Biden of power, the 25th Amendment provides no relief to those of us who fear for the future of our country.

In short, don’t take comfort in the mistaken belief that the 25th Amendment provides a way out of this nightmare.

Absent the outright removal of Joe Biden from office, our national journey into darkness and disaster has only just begun.