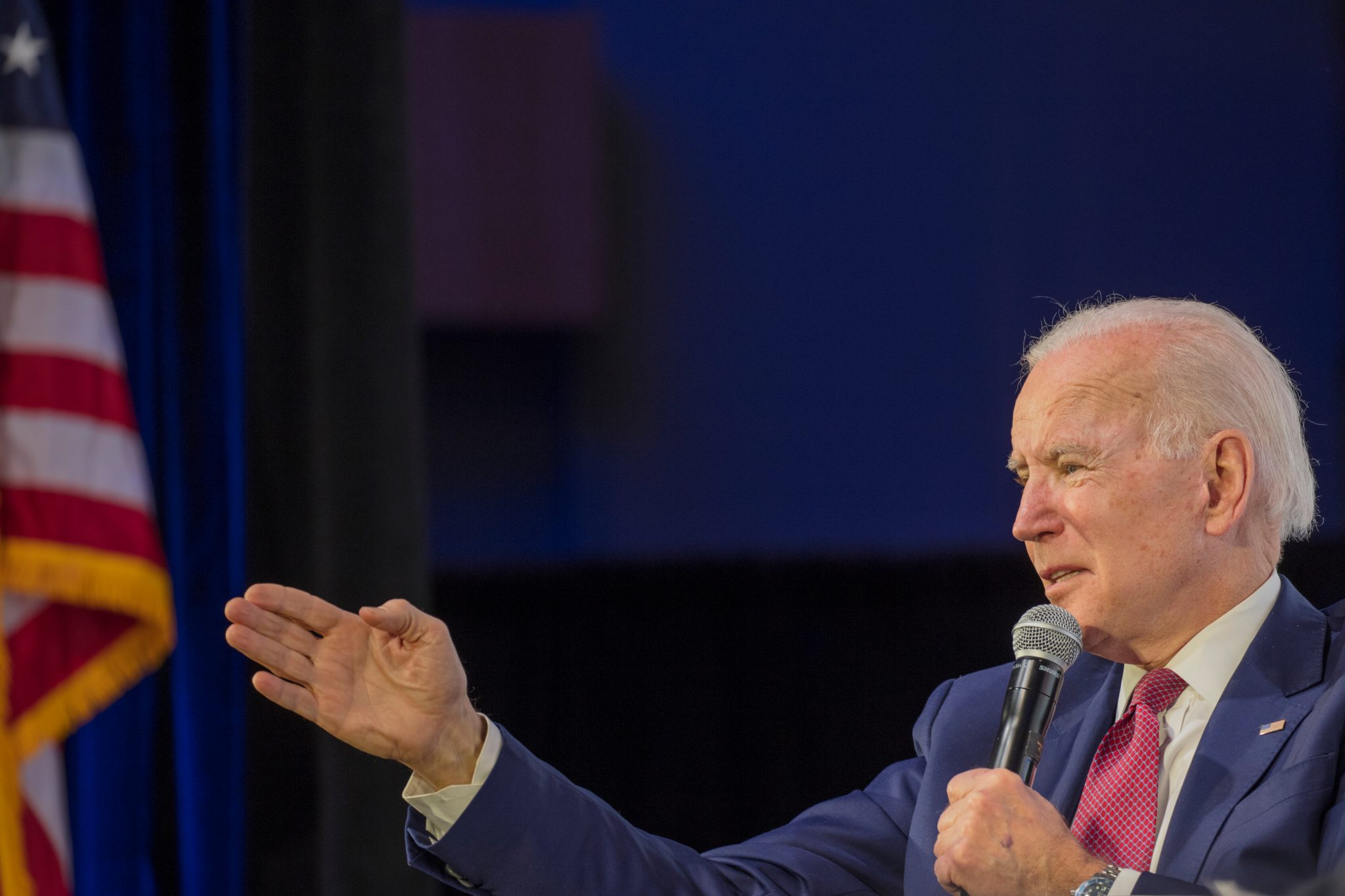 January 20, when Joe Biden was sworn in as president, came as a shock to many right-minded activists. Hapless evangelicals had confidently prayed for Donald Trump’s reelection while repeating sacred promises from faux “prophets” that he would return for a second term.

Befuddled believers — led by clownish conspiracy-mongers, such as the coyote-coifed “QAnon Shaman” who paraded about the Capitol shirtless, with spear in hand — in the deadly struggle against Satanic pedophiles that would culminate in a secular Armageddon. The Proud Boys were certain that President Donald Trump would stage a distinctly American-style Machtergreifung, or seizure of power.

All were exposed as morons to the world. And the conservative movement suffered accordingly. It desperately needs to free itself from the insane, the idiotic, and the fantastic. With the Left in charge of the national executive and legislative branches, there is much serious work for the Right to do. This requires clear-eyed activists to defend what is true and vital.

Biden was about as uninspired a choice as the Democrats could nominate. In another year, without a pandemic and endless disease-related follies, Trump would have won reelection. But not last year. And Biden has an agenda. A political antique who first arrived as a centrist on the Washington scene a half century ago, he has mutated into a progressive frontman.

Naturally, he downplayed his radical agenda in his inaugural address. Biden never has been a mesmerizing speaker. His talk was more folksy than eloquent, focused on domestic concerns, and with an extended pitch to unite. Indeed, major media led with that theme rather than his plan to create a spending supernova. “With unity we can do great things,” he asserted, “Important things. We can right wrongs. We can put people to work in good jobs. We can teach our children in safe schools.” And more.

In truth, that’s nonsense. Unity is a neutral condition that inherently is neither good nor bad. The critical question is, for what are people united? Do you want to see unity? View a Nazi Party rally in Nuremberg, Germany. You don’t have to go back in time: just watch Leni Riefenstahl’s masterful propaganda film Triumph of the Will from the 1935 gathering. There’s unity! But on behalf of unspeakable evil. A decade later much of the world was in ruins, tens of millions were dead, and the Holocaust had tragically entered humanity’s lexicon after the worst conflict in world history.

Nor does unity have much to do with righting wrongs. When did Americans unite to eliminate wrongdoing? More often they disunited to do so. For instance, in the mid-1800s the country, states, communities, and even families divided on the issue of slavery. Starting in 1861 Americans fought Americans for four bitter, bloody years. Around 750,000 were killed, the equivalent of eight million people today. Much of the South was ravaged by invading armies. It took extraordinary disunity — which carried forth in succeeding decades into the Civil Rights struggle — to eradicate slavery and its illegitimate children, segregation and Jim Crow.

Nor does unity have anything to do with job creation. Sure, broad support for sensible tax rates and regulatory reform should be applauded. But a policy passed by the bare minimum majority will have the same effect as a policy adopted unanimously. Unity has nothing to do with economic outcomes.

Good policies will spur employment growth through Adam Smith’s famous “invisible hand.” But there is no conscious, planned, Biden-style unity in those. Economic incentives lead profit-minded entrepreneurs to invest, experiment, and create. They also cooperate; capitalism relies on coordination as well as competition. Often it is the visionary outlier who comes up with the idea that transforms industry, economy, and world. In practice, “unity” typically means sunset industries buying off politicians and corralling political support to subsidize incumbents and suppress competitors. Indeed, Joe Biden’s Democratic Party long has been little more than a collection of established interests seeking to entrench themselves at everyone else’s expense. (Republicans haven’t been much better, but at least they maintain a pretense that they believe in freer economies.)

What about teaching kids in safe schools? If there is unity, it often is negative, a political combination that surrounds and protects even many of the worst urban schools. In many communities Democratic politicians, school teachers, public employee unions, and other members of the progressive coalition enthusiastically work together to subordinate the interests of children and their families to that of the educational blob. Members of the latter unite to decry disunity — private and charter schools, homeschoolers, religious institutions, and anyone else who does not worship the vision of the all-powerful state creating compliant, cookie-cutter citizens. The best educations often result from iconoclastic and individualistic people and institutions that emphasize countercultural principles and practices.

Indeed, the universal conventional wisdom often is the enemy of much that is good, productive, peaceful, and prosperous. Those who typically stand out are those who challenge erroneous unified opinion. The original colonial revolutionaries confronted a seemingly united establishment — made up of British overlords, Tory collaborators, and satiated colonists. Few did more to stir disunity than William Lloyd Garrison, the great abolitionist who published the Liberator. Or Frederick Douglass, who fought against racism in North as well as South and single-handedly refuted the claim of African inferiority.

It obviously is not just Americans who challenge united opinion. Despite a highly checkered career, Winston Churchill got one vital truth right: the nature of Adolf Hitler. Claus von Stauffenberg and the rest of the July 1944 plotters risked, and lost, everything to take a stand against a monstrous, murderous tyranny. Then there were the great opponents of communism who helped destroy what Ronald Reagan called the evil empire, a theoretically united enterprise that caused unimaginable tragedy and heartache. There are too many to name, but Aleksandr Solzhenitsyn, Václav Havel, Lech Wałęsa, and the never-identified Tank Man, made immortal when he faced down a tank column in Tiananmen Square, stand out.

The fact that unity is no panacea — in fact, that it often is not even desirable — doesn’t mean Biden was wrong to urge a change in Washington’s atmosphere and dynamic. Americans would benefit from restoration of public civility. Treating one other as enemies threatens to tear apart a large, diverse national community. There is much to criticize about the Democratic Party, but to suppose that its members are a bunch of child-abusing Satanists operating out of a pizza joint suggests serious mental derangement. No doubt there are reverse nightmares directed at GOP leaders by the Left.

So both sides should do a little purging of their own ranks. The Right tolerated the presence of certifiable loons, who turned out to be only a step or two away from lawless violence, because they voted right. January 6 demonstrated the price paid for supplementing philosophy with fantasy, bolstering arguments with lies. The assault on the Capitol building revealed something very ugly and dangerous that needs to be removed.

Democrats also have ideological demons to deal with. The cancel culture, in which liberal elites increasingly allow the radical Left to drive cultural and political discourse, is an ugly phenomenon that, like the French Revolution, ultimately is likely to consume its own. And it threatens to destroy what little is left of an American republic that supposedly is based on limited government and values individual liberty.

Nevertheless, give Biden his due. He is right to challenge his critics, of whom I am one: “To all those who did not support us, let me say this: Hear me out as we move forward. Take a measure of me and my heart. And if you still disagree, so be it.”

I did, and I still do. Not because I believe Biden to be an evil man, nor even because I object to his goals — many of which I share, such as getting people vaccinated and the economy energized. Indeed, it’s hard to argue against uniting to battle “anger, resentment, hatred, extremism, lawlessness, violence, disease, joblessness and hopelessness,” as he urged, though few these can be solved through political campaigns.

Even when better policy is the answer, I believe he’s often wrong in his specifics. For instance, the coronavirus pandemic will force fiscal compromises. But Americans should not pile debt upon debt for future generations to spray money with wild abandon in hopes of scoring political points. Recognizing problems — in health care, education, the environment, and much more — does not require reflexively accepting left-wing objectives and measures.

It is in this debate where Americans should “unite.” But in the right way.

Despite the country’s distinct images of red and blue, we are integrated throughout one land and must work together to forge a common future. Let us have a serious discussion over what goals best connect us, what processes best strengthen historic bonds and create new connections, and what policies best deliver a good society, one in which virtue and liberty flourish and economic opportunity and benefits are widely shared.

Such a debate will highlight our differences. Biden’s election was a great disappointment to Red America, including many people who believed they had to vote against Trump despite Biden’s shortcomings. But forthcoming political battles need not tear us apart. Both sides have a stake in a united America even as they fight with passion and skill over issues that will define our future. This should be the kind of unity affirmed by President Biden’s supporters and opponents alike in coming months and years.