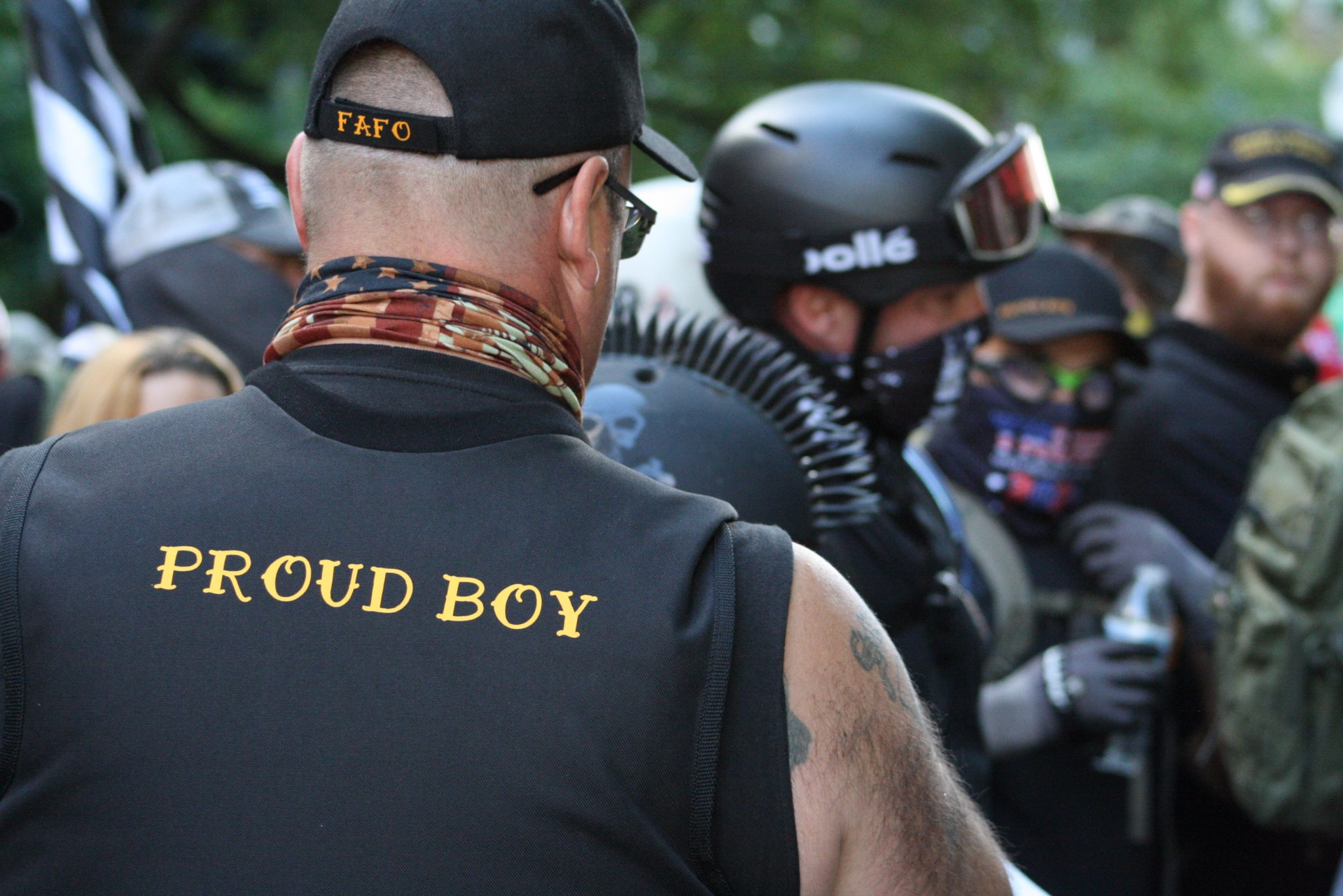 Almost every political movement has a moment when it must deal with its irresponsible dregs. The violent louts who seem determined to embarrass you and everything you stand for. The sort of folks who you begin to believe were hired by the other side.

For the president’s supporters, that’s the Proud Boys.

Obviously, BLM marchers had this problem. Legitimate political protests became an excuse for unvarnished looting in several cities around the nation. During one of the early demonstrations, supposed social justice warriors decided that the big glass windows of my organization’s building should be used for target practice. Apparently these jerks thought a march was a good excuse for engaging in pointless vandalism.

Unsurprisingly, that didn’t leave me with a very high opinion of the protesters. How could I take their professed concerns seriously if they would destroy for no reason other than destruction’s sake? Ironically, my institute had done work on the problem of police accountability.

Now the problem is with the other side. Opinions of the Washington, D.C., Jericho March vary. It struck me as bizarrely cultish, but some serious political activists and religious believers still turned out. As well as the Proud Boys.

I didn’t have a very high opinion of them before the event, given their obvious penchant for violence and apparent affinity for white supremacy. They failed to meet even my low standard, however. They attacked two historic black churches, ripped down BLM signs, and burned them.

Forget political differences for a moment. There is something more important at stake, including standing with fellow believers when under attack.

It was outrageous conduct, and we can imagine how the group would have reacted had BLM protesters hit their hometown and swarmed a suburban, majority-white church, tearing down “We stand with the president” signs and setting them afire. While displaying their bullying behavior, the Proud Boys could be heard chanting, “Whose streets? Our streets!” This from people who came from elsewhere to trash the city whose hospitality they claimed.

Both churches, the Asbury United Methodist Church and Metropolitan African Methodist Episcopal Church, founded in 1836 and 1872, respectively, are within walking distance of my institute’s office. These are traditional congregations occupying historic buildings, and they play an important role in city life. They also are my Christian brothers and sisters. And their security, their freedoms, their property, and their dignity were all attacked that night.

Congregants from a typical white congregation in a suburban neighborhood likely would be shocked if something similar happened to their church. But African-American believers have seen it before. Asbury’s Rev. Dr. Ianther Mills observed,

It pained me especially to see our name, Asbury, in flames. For me, it was reminiscent of cross burnings. Seeing this act on video made me both indignant and determined to fight the evil that has reared its ugly head. We had been so confident that no one would ever vandalize the church, but it has happened.

There are other, even more disturbing examples. Five years ago, a white supremacist — his name should not even be mentioned — murdered nine African-Americans attending a Bible study at Emanuel African Methodist Episcopal Church. Obviously, destroying a sign is nothing compared to killing people, but black churches, traditionally a focus of community life and political activism, long have suffered violent attack. In 1963, Ku Klux Klan members bombed Birmingham, Alabama’s 16th Street Baptist Church, killing four little girls and injuring more than a score of other people.

Impressive has been the response of the victims in such cases. In Charleston, some of the victims’ families forgave the murderer. They put into practice Christ’s injunction to love their enemies. How many of the rest of us could do the same?

We are a people of faith. As horrible and disturbing as this is for us now, it doesn’t compare with the challenges and fears the men and women who started Asbury, 184 years ago, faced. So, we will move forward, undaunted in our assurance that Black Lives Matter and we are obligated to continue to shout that truth without ceasing. We are assured that our church is surrounded by God’s grace and mercy.

Metropolitan’s pastor, William H. Lamar IV, offered a similarly determined response. “We have not been distracted by signs, sounds, or fury for nearly two centuries. We worship. We liberate. We serve,” he tweeted. Moreover, he emphasized, “We do not want this to be about a sign coming down.” Rather, “We want a clear message sent to the city, the nation and the world about the work that we do.”

The chairman of the Proud Boys, Enrique Tarrio, publicly offered to return to Washington, D.C., to face charges but justified his actions as responding to the BLM movement, which, he argued, “has terrorized the citizens of this country.” But BLM is not the issue. The churches and their congregations weren’t terrorizing anyone. They were doing what Americans have been doing since the first colonists arrived in the New World: peacefully debating important issues. Anyway, how is threatening D.C. residents and spoiling their city the proper response to anything?

On social media Tarrio challenged the police: “Come get me if you feel like what I did was wrong. We’ll let the public decide.”

Yeah, let’s decide. What he and the group did was wrong. Let us count the ways:

The behavior of the Proud Boys was outrageous and should be widely denounced by the Right. “The sign was taken down because of what it represents,” argued Tarrio. That is no excuse for using violence and violating churches’ fundamental rights to property, expression, and faith. On this issue, at least, people from across the political spectrum should be able to close ranks.

Forget political differences for a moment. There is something more important at stake, including standing with fellow believers when under attack.

Conservatives often complain that too many progressives excuse misbehavior on the left. Now is a moment for the former to make clear that they stand for respecting the liberty, rights, and dignity of everyone, irrespective of where they stand in politics. That applies with special force to historic black churches, which have ministered to the least of these through challenging struggles and terrible times. And they can be expected to continue their work long into the future.

Doug Bandow is a Senior Fellow at the Cato Institute. A former Special Assistant to President Ronald Reagan, he is author of Beyond Good Intentions: A Biblical View of Politics and The Politics of Envy: Statism as Theology.