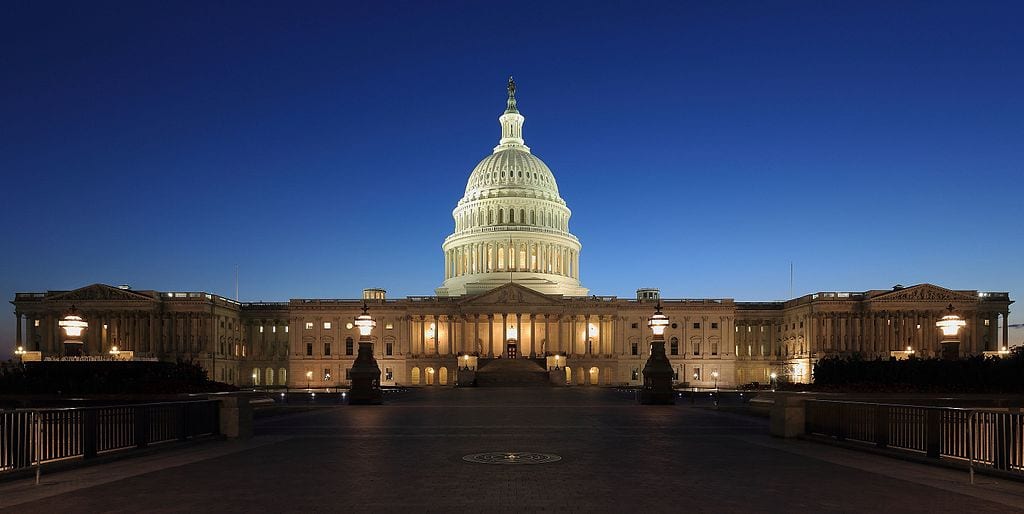 This one is different. No embedded hyperlinks, and I am preaching only to the choir this morning: Get out and vote.

I write for a university-educated conservative readership — the kinds of people that the pollsters say are too educated to vote Republican or like Trump. Although my first choice in 2016 had been Mike Huckabee because of his Middle American conservative values and deep religious moorings, I have come to love Trump deeply. That is why I sometimes write at length — to set forth an explicatory narrative to overcome so many layers of falsehood and Fake News. I also write to entertain. The vast majority of The American Spectator’s readers “get” that. A few don’t. So be it.

Jackie Mason presents it well when explaining that you can’t be loved by everybody. He describes his amazingly perfect loving girlfriend — beautiful, kind, charitable, helps and visits the elderly, tutors disadvantaged children, thoughtful in every way. But as much as almost everyone loves and cherishes her as he does, his girlfriend is not loved by everyone. For example, his wife can’t stand her.…

Some readers bemoan sometimes that, by setting forth a conservative message on these pages, alas the rabbi is preaching to the choir. And that is exactly my purpose here today: You are a conservative Trump supporter, so stop reading — and get out and vote, or pull a few others.

If you have not yet voted, this is not the time to read articles about how great Trump is. Rather, right now is the time to get dressed, get out, and cast your vote for every Republican on your state ticket. It will not do to “love Trump” and then leave him with a Democrat House or with less Republican a Senate than may be possible. Get out and vote. We can’t have 50% of our voting GOP public left on the table. This is not McCain (G-d rest his soul) or Romney we are being asked to support. This is a guy who made promises and kept as many of them as anyone ever has, despite filibusters, a Left-Radical media, Mueller investigations, and perjurers like the crowd-funded millionaire Christine Ford and the rest of them.

One honest deterrent to voting is the sense many have that “the ballot is too long.” Here in the People’s Democrat Republic of California, the ballot goes on for four extra-long pages. It is like the Biblical Megillah Scroll of Esther. Here, there are twelve state propositions that are written in convoluted language, and they further are framed dishonestly. The Democrats who run the elections word the text, even the titles of the Propositions, to confuse. You think you are voting to cut taxes, and instead you have voted for a new tax. Meanwhile, in the rare case that a conservative initiative actually passes, the Left then runs to a Democrat-Left state judge who overturns it anyway. And then, for complex legal reasons related to the civil procedural concern known as “standing,” no one can appeal from the judge’s ruling if the radical-left Democrat state Attorney General will not stand.

The ballot further intimidates because there are candidates for state judge, for water fountain commissioner, for dog catcher, for town council, for manure shoveler. It is too much. So you stay home because, hey, you are only one vote, and the thing will take two hours to fill out.

Yes, if you have a bit more time, also vote for any other Republican on the ballot until you get bored. But if time is a factor, just vote for those three: U.S. Senate, Congress, and Governor. It is like going to the restaurant and just ordering the main entrée, skipping the appetizer, the soup, and the dessert. Just do the entrée.

If you are reading this and thinking “Well, I voted, so I am snuggling in to read another 2,000 words,” nuh-uh. Nothing doing.

Get on the phone. Call your friends and neighbors. Offer to drive them to the voting booth. Go to the cemetery and find votes (y’know, legally). Imagine if every reader would just collect three more voters. Even better, because we are conservative Republicans, make sure they are (i) alive, (ii) non-felons, (iii) here legally, and (iv) eligible to vote.

Here is why this matters:

And most important of all:

The Tsar once arrested two Jews and sentenced them to death for being Jewish. One of them asked the Tsar, “Will you spare us if we teach your horse to talk? We need only one year to do it.” The Tsar was intrigued and said, “If you can do that, yes. I will give you that year.” When the Tsar left, the second Jew yelled at his colleague: “Are you crazy? We can’t teach a horse to talk.” The first replied: “Look, a lot of things can happen in a year. Maybe we will just die peaceful natural deaths anyway over the next twelve months, and that’s better than execution. Or maybe the Tsar will die.…

“… Or maybe the horse will start to talk.”

So stop reading and get out and vote — or, if you voted, drag three people to the ballot box. Don’t be stymied by CNN predictions about the House going Democrat. Who knows? Maybe the horse will talk.