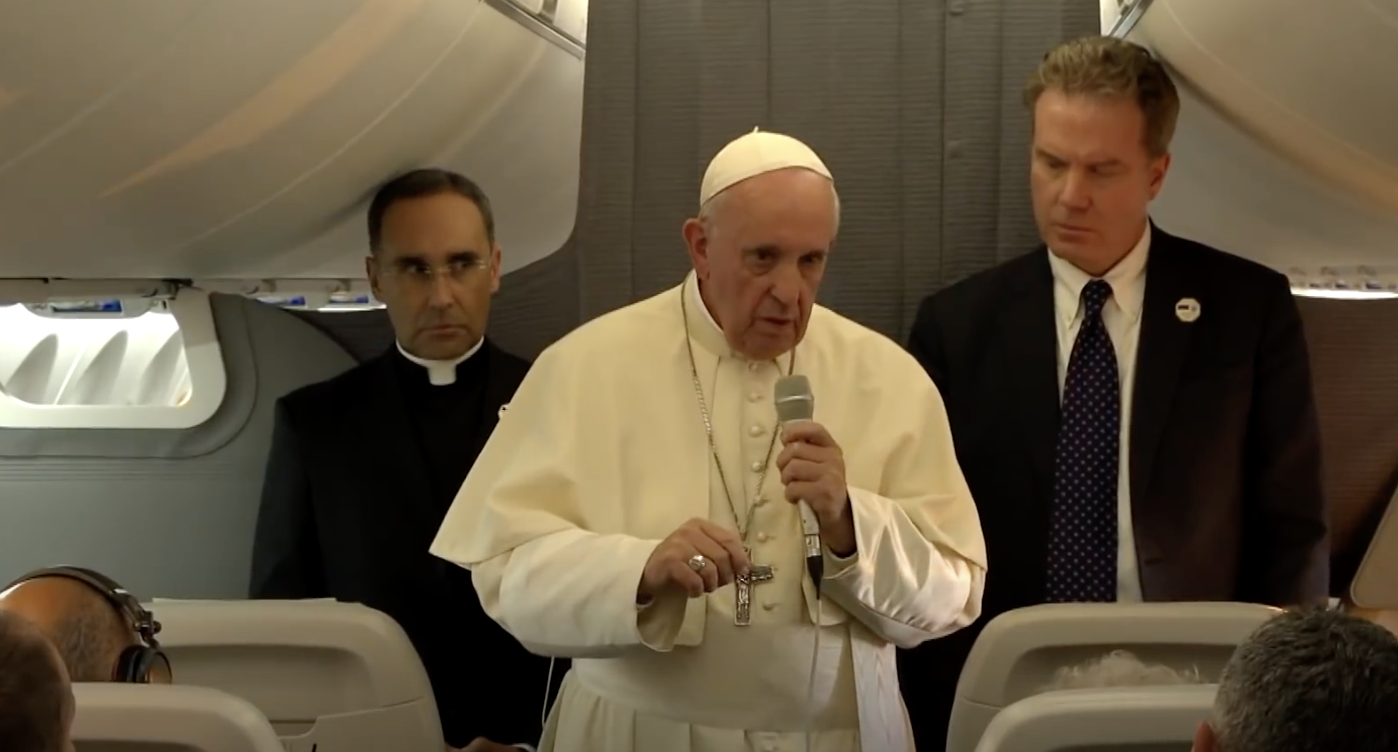 Next month, the Vatican is expected to renew a controversial and largely secret September 2018 agreement with the Chinese Communist Party (CCP). The agreement will give the CCP a say in appointing bishops, a troubling move given the communist state’s ample history of suppression of religion and persecution of the faithful. Many suspect that this agreement will pave the way for formal Vatican–China relations, with established Vatican–Taiwan relations being the sacrificial lamb.

Pope Francis rounds out his China policy with deafening silence on China’s persecution of the Uyghurs (which I discussed earlier in The American Spectator), Hong Kongers (he planned to speak up for them, but ultimately didn’t), Falun Gong practitioners, Tibetans, and Chinese Christians. In contrast, the Pope has praised China for its “great commitment” in fighting the coronavirus. The CCP thanked the Vatican for its accommodation by hacking into its computers over the past several months.

Pope Francis’ appeasement of dictatorships does not stop at China. He played an integral role in re-establishing U.S. relations with Cuba by mediating a deal almost devoid of human rights, stood apart from virtually the entire free world by not recognizing Juan Guaidó as interim president in Venezuela’s civil war (the Vatican remained neutral), and recognized a Palestinian state.

In contrast, Francis’ predecessor Pope John Paul II scored several victories for freedom. He was the first pope to condemn the mafia in Southern Italy. But more consequently, through his papal visits, he served an integral role in toppling tyranny in Poland (and the whole Communist Bloc), the Philippines, Chile and Paraguay.

Pope John Paul II fought tyranny in his three papal visits to communist Poland in 1979, 1983, and 1987. Many believe that his 1979 trip influenced the birth of the Solidarity movement’s fight against communist tyranny in Poland beginning in 1980. In 1983, in rebuking the communist regime, John Paul II stated that “the whole Polish nation must live in mutual trust,” and that “the existence of the Polish state” was conditioned on such trust. In Poznan, which had once been a stronghold of the Solidarity movement, he said, “We see clearly how just is the fight for the fundamental rights of the human person.”  He also defended the “people’s right to association,” saying, ”This right is not given to us by the state … The state has the obligation only to protect and guard it so that it is not violated. This right is given by the creator who made man as a social being.” He also praised Solidarity and met with Solidarity founder Lech Walesa both in 1983 and 1987.

Additionally, John Paul II consecrated the sixth parish church in Nowa Huta in 1983. He had fought communist authorities as a bishop, and then as a cardinal, to bring a church to Nowa Huta from 1958 to 1977, when the first church was built there. In his 1987 trip, he visited the grave of Jerzy Popiełuszko, an anti-communist, pro-Solidarity Catholic priest murdered by Poland’s secret police.

In 1989, communism fell in Poland. But Pope John Paul II’s fight there yielded much bigger results. According to Timothy Garton Ash, historian and author of The Polish Revolution: Solidarity, the historical case of Pope John Paul II’s impact can be made in three steps: “without the Polish Pope, no Solidarity revolution in Poland in 1980; without Solidarity, no dramatic change in Soviet policy towards eastern Europe under Gorbachev; without that change, no velvet revolutions in 1989.” Mikhail Gorbachev, the last leader of the Soviet Union, even said, “The collapse of the Iron Curtain would have been impossible without John Paul II.”

Pope John Paul II fought tyranny in his 1981 visit to the Philippines. From the presidential palace of Ferdinand Marcos, John Paul II spoke up for human rights:

Legitimate concern for the security of a nation, as demanded by the common good, could lead to the temptation of subjugating to the State the human being and his or her dignity and rights. Any apparent conflict between the exigencies of security and of the citizens’ basic rights must be resolved according to the fundamental principle — upheld always by the Church — that social organization exists only fοr the service of man and for the protection of his dignity, and that it cannot claim to serve the common good when human rights are not safeguarded.

The People Power Revolution, supported by the Catholic Church, would depose Marcos in 1986.

Pope John Paul II fought tyranny in his 1987 papal visit to Chile. On this trip, he met with the political opposition, and publicly hugged a burn victim who was a casualty of the regime’s cruelty. He also told General Augusto Pinochet in their meeting, “The people have a right to their liberties, even if they make mistakes in exercising them.” According to Pinochet, these words would end up influencing him to hold a plebiscite in 1988 for Chilean civilian rule.

Pope John Paul II fought tyranny in his 1988 visit to Paraguay. He visited leaders of the political opposition and independent civic groups. When giving a speech while standing right next to General Alfredo Stroessner, he spoke about “real liberty,” “real democracy,” free speech, and human rights, among other topics. Gen. Stroessner was deposed less than a year after John Paul II’s visit.

What would it take for Pope Francis to fight tyranny like Pope John Paul II? Francis could start by visiting China and what is left of Hong Kong and meet with dissidents, publicly express support for democracy and human rights, and consecrate a church (perhaps one that China specifically shut down or tried to shut down). In the meantime, I expect much less from Francis. Papal foreign policy sure isn’t what it used to be.