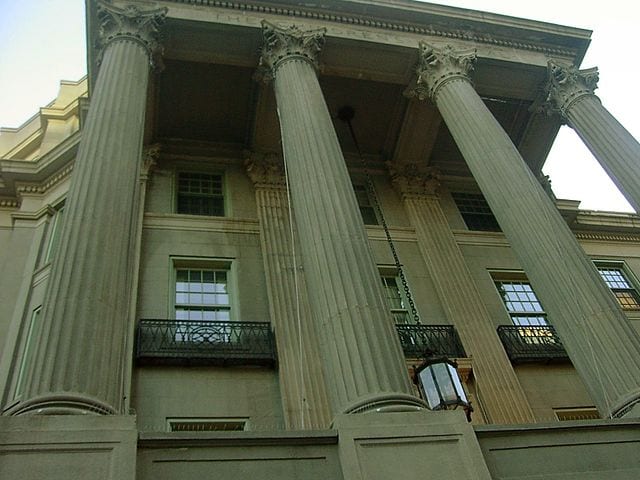 Newton, Massachusetts police arrested a disturbed man outside of a Star Market on Tuesday for twice stabbing a 79-year-old man. The 23-year-old alleged assailant, upset that his fellow shopper’s carriage bumped his, informed police that he had stabbed “the bad man.”

The incident appears as an entirely preventable one. The young man’s father told WFXT in Boston that insurance cut off his son’s stay in a mental institution, and his medication, days prior to the attack.

“My kid, he was admitted to the hospital,” the alleged assailant’s dad told the local Fox affiliate. “He’s been there for four weeks. He’s been released early because insurance won’t cover his stay in the hospital.”

The victim of the attack, himself a physician, obliquely expressed sympathy for his alleged attacker through his employer, Boston Children’s Hospital.

“Dr. David Harris is already back to work (Tuesday) at Boston Children’s Hospital and he’s doing fine,” the statement read. “He wanted to share a message that access to mental health care is vital and it is important that patients are given an appropriate amount of treatment time before they are discharged.”

The anecdote helps illuminate the findings of a poll released a day after the attack.

The West Health Institute, through National Opinion Research Center at the University of Chicago, surveyed Americans on healthcare an expense. Three quarters of respondents believe Americans do not receive good value for their healthcare expenditures, 44 percent did not visit a doctor when sick or injured because of the expense, and more of the people who reported skipping a test said they feared the financial expenses associated with such tests over the health consequences.

Those who do not skip visits to the doctor report adverse consequences that almost validate the decisions to play hooky for financial reasons.

Many Americans, like the troubled young man outside of Boston, do not get the care they require because of prohibitive costs. Others pay for their care only to skimp on other priorities.

“It’s shocking and unacceptable that medical bills strike more fear in the hearts of Americans than serious illness,” Shelley Lyford, president and CEO of West Health, explained in a release accompanying the poll’s release. “Americans are paying more for healthcare than they should and getting less than they deserve. Bold action is required to lower the sky-high cost of healthcare. The very health and wealth of our nation and its people are at stake.”

Americans spend about $3.5 trillion on healthcare this year. This amounts to about 18 percent of the gross domestic product. More than quarter of the federal budget goes to healthcare-related programs. Despite healthcare serving as the primary expense of the federal government, it ranks just behind education as the top expense for state governments. And despite all this government spending, the cost to individuals — in taxes, copays, premiums, out-of-pocket expenses, and indirect costs — exceeds $10,000 per person annually.

Whether reform comes through the federal government or Amazon, Apple, and other companies venturing into the business of healthcare, the goal remains the same: to deliver better healthcare for cheaper. If Americans saved $1 trillion on medical-related expenses, we would still outspend any other country. The federal government could likely save close to $500 billion, and private businesses — suffering under the weight of exploding insurance costs — would flourish. Fewer individuals would face dilemmas trading off bodily health for financial health.

This is a dollars-and-sense issue. It’s also, as a shopper discovered in Newton, a life-and-death issue, too.