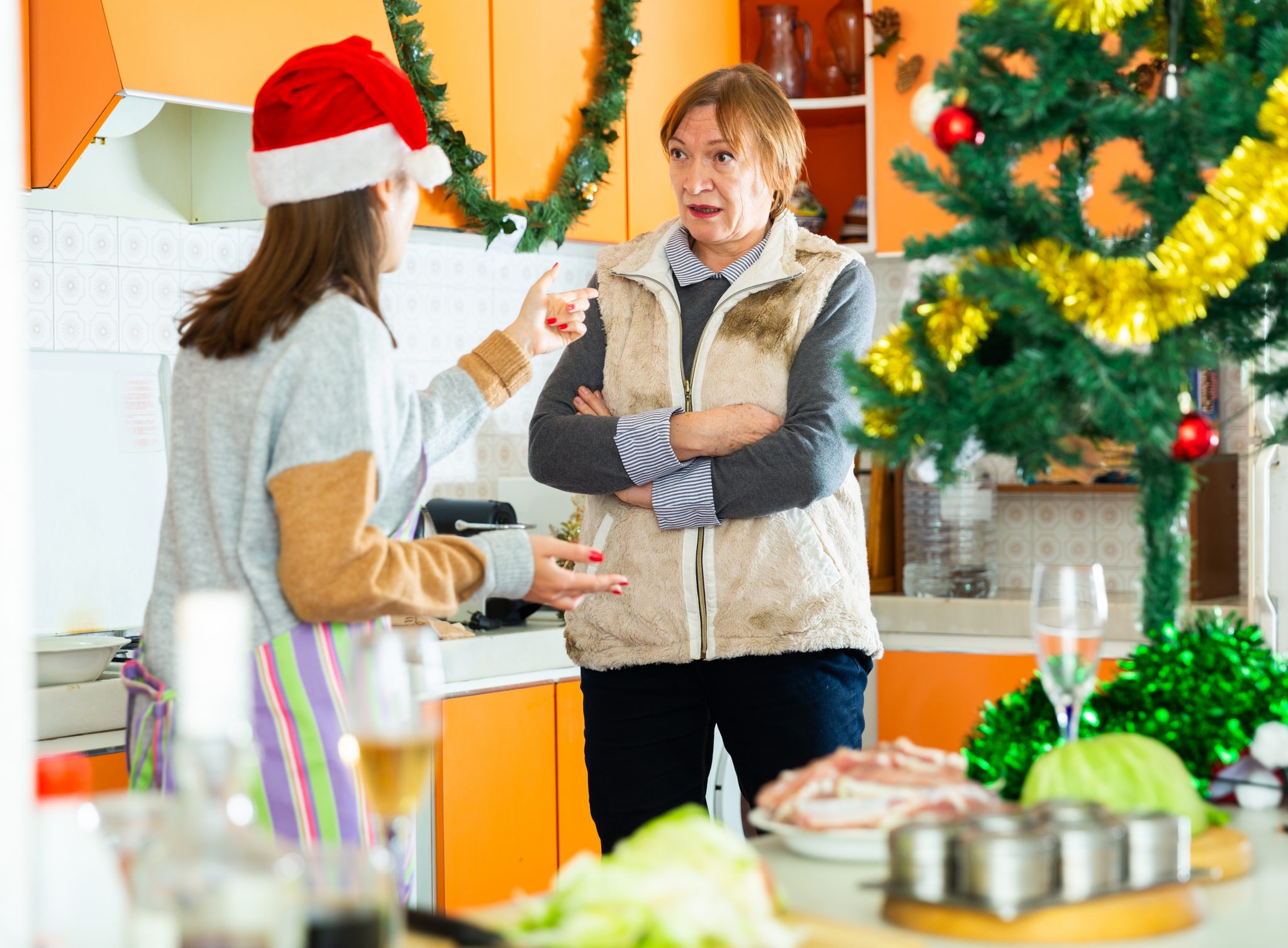 The problem with talking is that you say things. Keeping quiet is an intelligent decision but with very few proponents. On the other hand, if you’re quiet all through Christmas dinner people might confuse you with the turkey and try to serve you up with mashed potatoes. They say that most people are worth more for what they don’t say than for what they do, and usually at Christmas dinner, after a couple of drinks, your value plummets. Always keep in mind that at the table you shouldn’t talk about politics or religion, but not talking about God on the day the Child is born is impossible, so you should concentrate on avoiding arguments between Trump, Biden, Sanders, and Bugs Bunny supporters, and warn your Antifa cousin not to open his mouth all night or you’ll force him to take a shower.

I guess this will be a different Christmas, with fewer diners, thanks to the pandemic. But that doesn’t mean you’re safe. Political discussions are harmony and happiness’ natural predator, and their hunting grounds are family holidays. My advice is to take the lead in the conversation at all times. Still, no matter how hard you try to steer the conversation onto neutral ground, someone is always going to ask you about the election. The best strategy is to puzzled them with your response. Something like this will work: “In reference to your question about the elections, the truth is that the turkey gravy comes out best if you add almonds.” And then make up a very complex and long-winded recipe. Go into great detail for 10 or 15 minutes, and everyone should forget how you ever got to such a senseless point in the conversation. Confusion always works.

Moreover, I often like to deflect a problematic conversation by posing a mathematical problem without any known solution. Try it out. Hodge’s conjecture is a good one. The point is that X is a compact complex manifold of complex dimension n, whatever the hell that means. Apparently, some of De Rham’s cohomology groups are algebraic, and that presents very serious problems, I would say, or at least enough that the Clay Mathematics Institute has decided to pay $1,000,000 to whoever can solve it. But I warn you that if you’re going to call the Clay Mathematics Institute drunk on the 25th to say “I solved it, I got it,” think about it first. I did it a few years ago, and I assure you that mathematicians lack a sense of humor. And no wonder. I’d be a grouch too if I had to spend my life solving problems and equations to which Wikipedia already gives us the answers.

If two guests become caught up in an electoral discussion during dinner, the best way to deflect the conversation is to start telling some dramatic drug-related story. This will shut everyone up. Only you must be very careful not to let anyone think you are talking about Hunter Biden.

Fake news is also great for deflecting conversations. At Christmas dinner last year, I picked up my cell phone, went on Twitter, and announced, “Look what they just tweeted — China is invading Poland!” Everyone started to look at their phone looking for more information on the subject, and although they obviously didn’t find it, they were all sucked into three hours’ worth of distraction with memes about Hollywood actresses and cat videos.

Speaking of cats, an unorthodox but effective way to ruin a Christmas Eve dinner is to discreetly fill your face mask with eggnog and give it to the house cat to drink. Leave soon after doing something like that, though. Drunk cats have even less of a sense of humor than mathematicians.

On one occasion, desperate to cut short a dangerous conversation, I resorted to a technique I like to call “discreetly setting fire to the tablecloth.” This is a valid option as long as the dinner is not at your house. The last time I did this was at my brother-in-law’s. Watching the house burn down while he explained in detail basic fire-fighting theory from the military instruction manual is a fond memory I will always carry with me.

Keep in mind that people like to pick on others at these dinners. Usually it’s the politicians who get the brunt of it, and that will inevitably lead straight to precisely the conversation you want to avoid. One trick that often works for me is to lash out at someone no one knows. “It’s outrageous,” I often say, “King Hassan IV of Agaustania is getting more reckless every day.” It doesn’t matter that Hassan IV doesn’t exist and that neither does Agaustania. I bet that several diners will join the lynching: “He’s really the biggest idiot I’ve ever seen,” “he’s a scoundrel,” “Hassan IV should be hanged,” “Agaustani lives matter!” Give it a try. But don’t say it was my idea. Ever since I started recommending this trick, Hassan IV of Agaustania wants to kill me.

Finally, there are people who are bent on talking politics. The kind of person to whom you offer a piece of turkey and they respond, “Thank you, that’s ugly like Kamala Harris.” You take out an expensive aged whisky and they say, “This is almost as old as Joe Biden.” You give them a piece of cake: “This is as yummy as Ivanka Trump.” Or given a glass of water they exclaim, “Let me have a drink of this thing that Hunter Biden has never tried!”

When faced with this type of hopeless case, before succumbing to civil war, your last resort is the old snakebite joke. It’s a bit unpleasant but very effective in deflecting the focus for once and for all:

Two guys who go on a hike in the mountains. Suddenly a deadly viper appears and bites one of them on a testicle. Immediately, the second one pulls out his Mountaineer’s First Aid Manual while his friend writhes in pain on the ground. He silently reads, “What to do about a viper bite”: “The viper’s bite is lethal, unless you act swiftly. Instruct the victim to lie on the ground, with a knife, cut a slit into the affected area. Place your mouth against the cut and suck hard until all of the venom has been removed.” Meanwhile, the sick man, who is becoming increasingly impatient, asks, “Come on, dude! What does the book say?” To which the mountaineer immediately responds, “That you are going to die.”