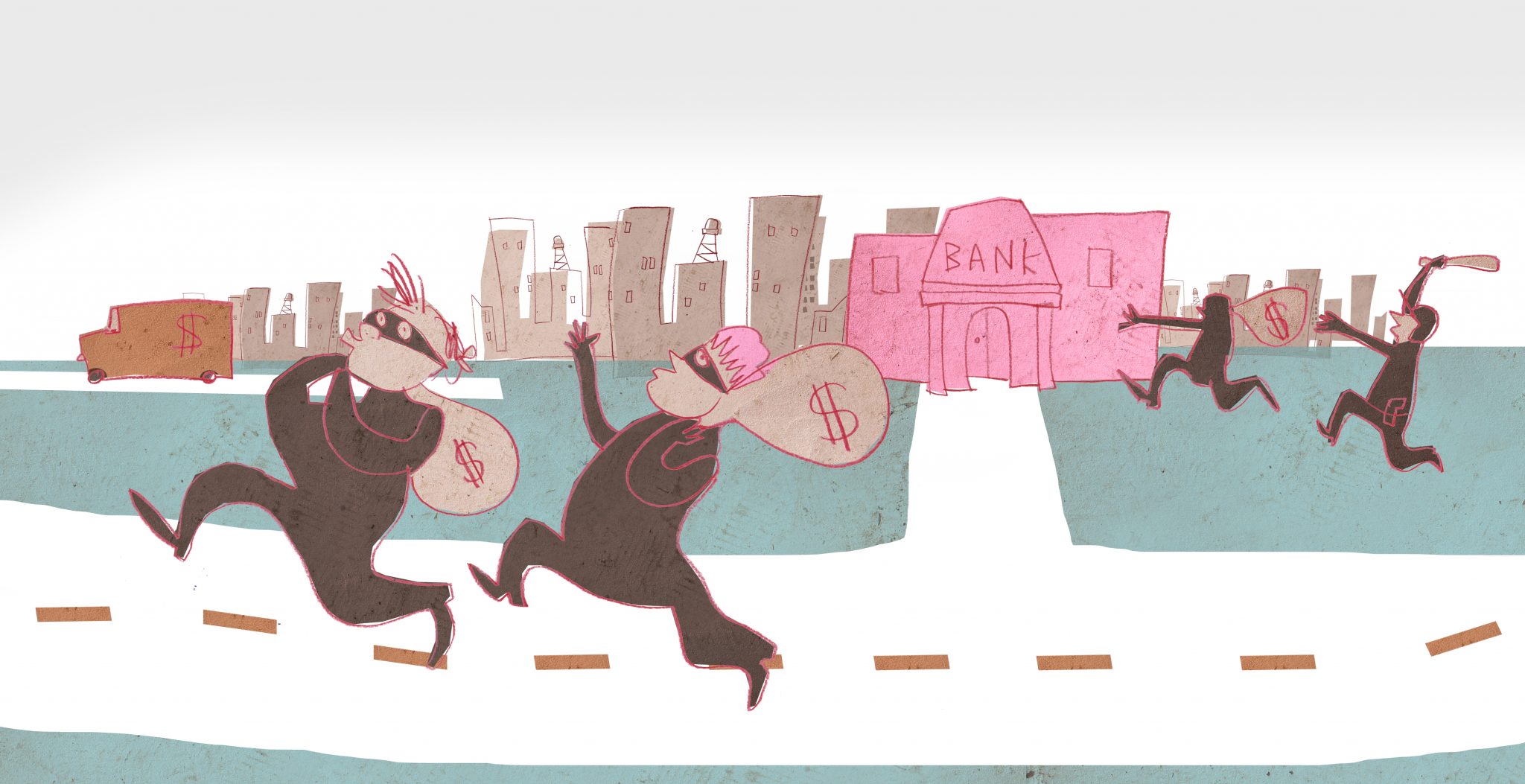 It’s a hard life, that of the writer. There are already more books than readers. And unless you’re progressive enough to receive awards every day, publish columns on climate change in Sunday papers that seem to target polar bears, and have Hollywood’s millionaire communists photographed with your book under their arms while strolling down the beach, what’s ahead for you, and most conservative writers and journalists, is a long media winter. So I’m thinking of exploring new professional horizons — you know, the same horizons that made Cary Grant famous in To Catch a Thief.

I will need an accomplice for my heist. Someone who can steal with competence and sophistication, the way only the IRS seems to know how to these days. In the following lines, I will present my shortlist of possible accomplices, although I will be happy to receive other proposals from readers. Later I will share the booty with the authors of the best ideas. And my jail sentence too.

Not Joe Biden. I know we would arrange to meet at 7:55 outside the bank and he would show up at 8:25 outside the perfume store. And what’s worse: he’d do the hit. I don’t want to be accomplice to a guy getting pulled over with a car full of bottles of French perfume. Biden is the typical guy to whom you say, “Now, quick, start the car. The cops are coming!” and he whips out his cell phone in desperation, dials up Kamala Harris, and says, “Kamala, sorry to bother you, I need to ask you something: what’s a car?”

Hunter, on the other hand, would be perfect for the job. But I can only recommend him if I’m OK with my heist partner turning up for the job hung over and then taking all the loot to China, never to be seen again.

Sometimes the perfect crime needs people to mislead the police, people no one would expect to be in on it. I, as a right-wing columnist, will always be a suspect in a crime, at least for half of the country’s press. But not so with Greta Thunberg. The problem with her will come when the wads of bills wrapped in plastic appear, and she falls to her knees in a trance of atonement to the Pachamama, while the police lights shine hot on our heels. On second thought, I am not sure I want to make my escape on a bicycle after the robbery. Even less so after having a hamburger made out of spinach for lunch at a vegan restaurant.

Actually, if you’re going to commit a deliberately bad act, it’s best to have it done by a pro. Maybe that’s why I thought of Andrew Cuomo. But there is one thing holding me back: he lies so well that I have a feeling that, if we get caught, the only one who will go to jail is me.

From the point of view of the unscrupulous evildoer I aspire to be, Xavier Becerra‘s profile seems to me an interesting one. Doubtless, he would instill respect and fear among our hostages, so long as they are babies or old folk. To drive fear into the rest of them, we could bring Rachel Levine along. Although, frankly, it exhausts me just to think of the number of hours I would have to share with Becerra planning the hit. He’s the kind of guy who opens his mouth, and you can instantly feel the full weight of Michael Moore on each eyelid.

Meghan and Harry are named after muggers. I like that. For the rest of it, three-quarters of the world’s bad taste seems to be gathered in them. If that wasn’t enough, summoning the paparazzi to the bank is probably not the best way to start a heist.

As for choosing Dr. Fauci, I can’t figure out how the hell we would put our masks on over our balaclavas without looking like the damn Beagle Boys.

I wouldn’t go anywhere with Kamala Harris. As Jardiel Poncela wrote, “thieves, we are honest people.” Anyone who wants to partner with her does so at his own peril, and there’s no doubt that she would only be willing to take white Republican men hostage.

In Nancy Pelosi’s favor is the fact that her mean face is probably more effective in a heist than six Kalashnikovs. Against her is the high likelihood that she’ll kick up a fuss while on the run because you didn’t give her enough praise for the shade of pink she chose for her holdup dress.

What if I do the unexpected and go for a Republican accomplice? Ted Cruz, maybe. But I fear that when push comes to shove, he’ll get cold feet. Conservatives come burdened by something that makes crime tricky: a conscience.

As for Trump, I’m sure he would get there on time on the day of the assault, and I just know that he would break down the door to the bank with a kick. But when the time comes to pull out the guns and shout “Everybody hit the deck!,” he might very well yell, “LAW AND ORDER,” put his gun to my chest, and call the police, smiling and whispering, “Fake heist, dear Itxu.”

So, it seems, I’m all a mess. I feel like Tom Cruise. But like an overweight and aging Tom Cruise, wistfully sipping a daiquiri on a terrace over the road from the bank.