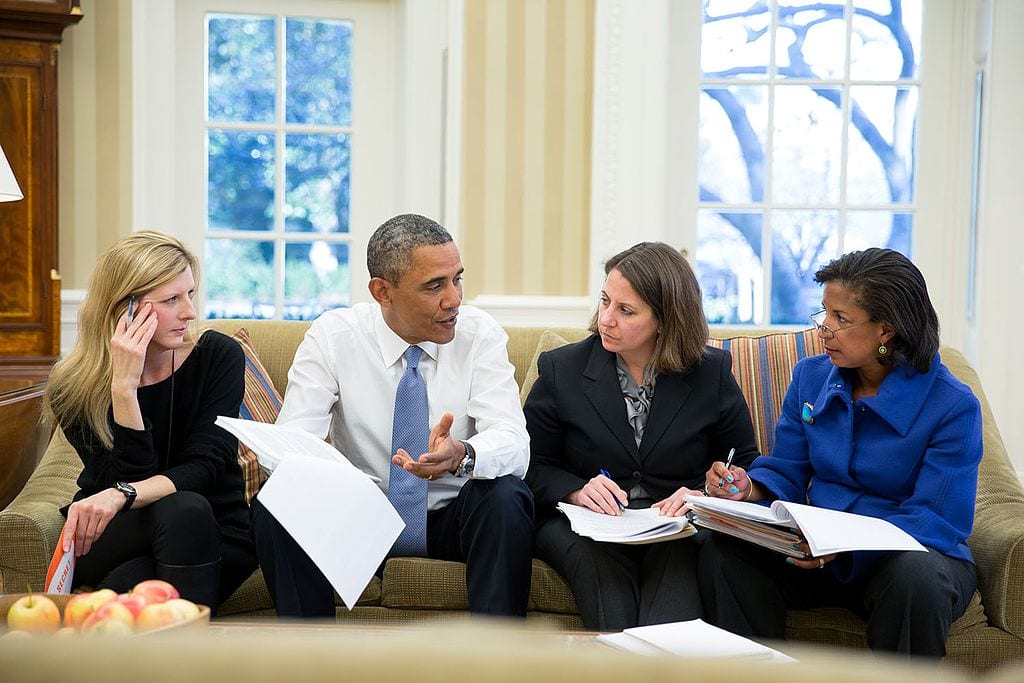 John Brennan, Obama’s CIA director, gives himself this description on his Twitter account: “Nonpartisan American who is very concerned about our collective future.” In other words, Brennan is still in the disinformation business.

Liberal partisan who is very concerned about our collectivist future — that would be a more apt description for one of the most politicized CIA directors ever, whose ascent to the top of the CIA began with a lie-detector test in which he revealed that he was a supporter of the Soviet-controlled American Communist party.

Brennan was the fox guarding the henhouse — a role he played to the hilt for Hillary Clinton in 2016 as he set in motion a sham investigation into the Trump campaign. NBC recently signed Brennan up as a “national security” correspondent. So the fox will now get to comment on the henhouse he raided.

Where are the successors to the Kalb brothers to tsk-tsk news programs for using as “correspondents” on a story figures who have a vested interest in its outcome? Brennan is under Congressional investigation for possible perjury. But instead of challenging his yarn-spinning about the Steele dossier, NBC gives him a platform to continue it. How much longer before the media adds Sally Yates, Susan Rice, and (if they could get him) Christopher Steele as “correspondents”? What a farce.

Last week, in keeping with the media’s ho-hum atmosphere of normalized political espionage, Jonathan Winer blandly outed himself as a State Department cog in Obamagate. He made his role in it — briefing John Kerry and company on the Hillary-financed Steele dossier in the heat of the campaign, then passing material from Cody Shearer, another dirt-diver for Hillary, to Steele (who then gave it to the FBI) — sound like just another day at the State Department.

Part of Kerry’s retinue of conspiracy-minded radicals — Winer once tried to write a film treatment for Oliver Stone (see Eric Hamburg’s JFK, Nixon, Oliver Stone, and Me) — Winer works hard to affect a nonchalance about it all, casting his friendship with Steele and Sidney Blumenthal in a nonpartisan light (he met Blumenthal, he hastens to tell us in a laughable virtue-signaling aside, during the righteous days of Iran-Contra when Blumenthal “was a reporter at The Post”). Winer plays dumb about Shearer, calling him absurdly a “journalist” whose work “I did not know.” But once apprised of his Trump-Russian notes by Blumenthal, Winer decided — “on his own,” he guiltily emphasizes — to share them with Steele in order to get his “professional reaction.” You know, just one professional talking to another.

He then primly informs us that he didn’t dare tell his colleagues about Shearer’s notes: “Given that I had not worked with Shearer and knew that he was not a professional intelligence officer, I did not mention or share his notes with anyone at the State Department. I did not expect them to be shared with anyone in the government.” Oh, but they were — by his trusted “professional” colleague Steele who just so happened to be an opposition researcher for Hillary. Winer writes the piece in a comically innocent and blameless tone — “I am in no position to judge the accuracy of the information generated by Steele or Shearer” — but then with considerable cheek (given that he is a blatant example of how the U.S. government interfered in the election) wraps up with a lecture about the Russian government and Trump: “I believe all Americans should be alarmed — and united in the search for the truth about Russian interference in our democracy, and whether Trump and his campaign had any part in it.”

Yes, “united.” In other words, nailing Trump is a “nonpartisan” cause anyone worried about “our collective future” should undertake. Perhaps this media-created climate of utter fraudulence explains another exceedingly peculiar confession note that has come to light: Susan Rice emailing herself what wags call an “I am not guilty” note.

On her last day in office, she suddenly remembered a pearl of wisdom from Obama that she wanted to jot down. Musing on a previous meeting, in prose that couldn’t be more stilted if written by her defense attorney, she says:

President Obama began the conversation by stressing his continued commitment to ensuring that every aspect of this issue is handled by the intelligence and law enforcement communities “by the book.” The president stressed that he is not asking about, initiating or instructing anything from a law enforcement perspective. He reiterated that our law enforcement team needs to proceed as it normally would by the book.

Which book? One of Saul Alinsky’s? Nothing appears odder than the insistence that all of this audacious political espionage is perfectly normal. It is a galling propagandistic high-wire act that the Rices and Brennans and Winers can only pull off because the media holds an ever-widening net underneath them.

To a group of radicals who rose to the top of the ruling class and grew accustomed to manipulating power effortlessly, perhaps it is normal. But what does that say about the lawlessness that launched many of their careers? They never lost it; they just brought it with them into the government.

From their posts at the FBI, CIA, Justice Department, State Department, and the White House itself, they tried to tilt an election to one of Alinsky’s disciples. But they failed. It was the perfect scandal to punctuate their careers, completing the arc of the community organizer’s low activism, from dirty tricks to Hillary’s dirty dossier.