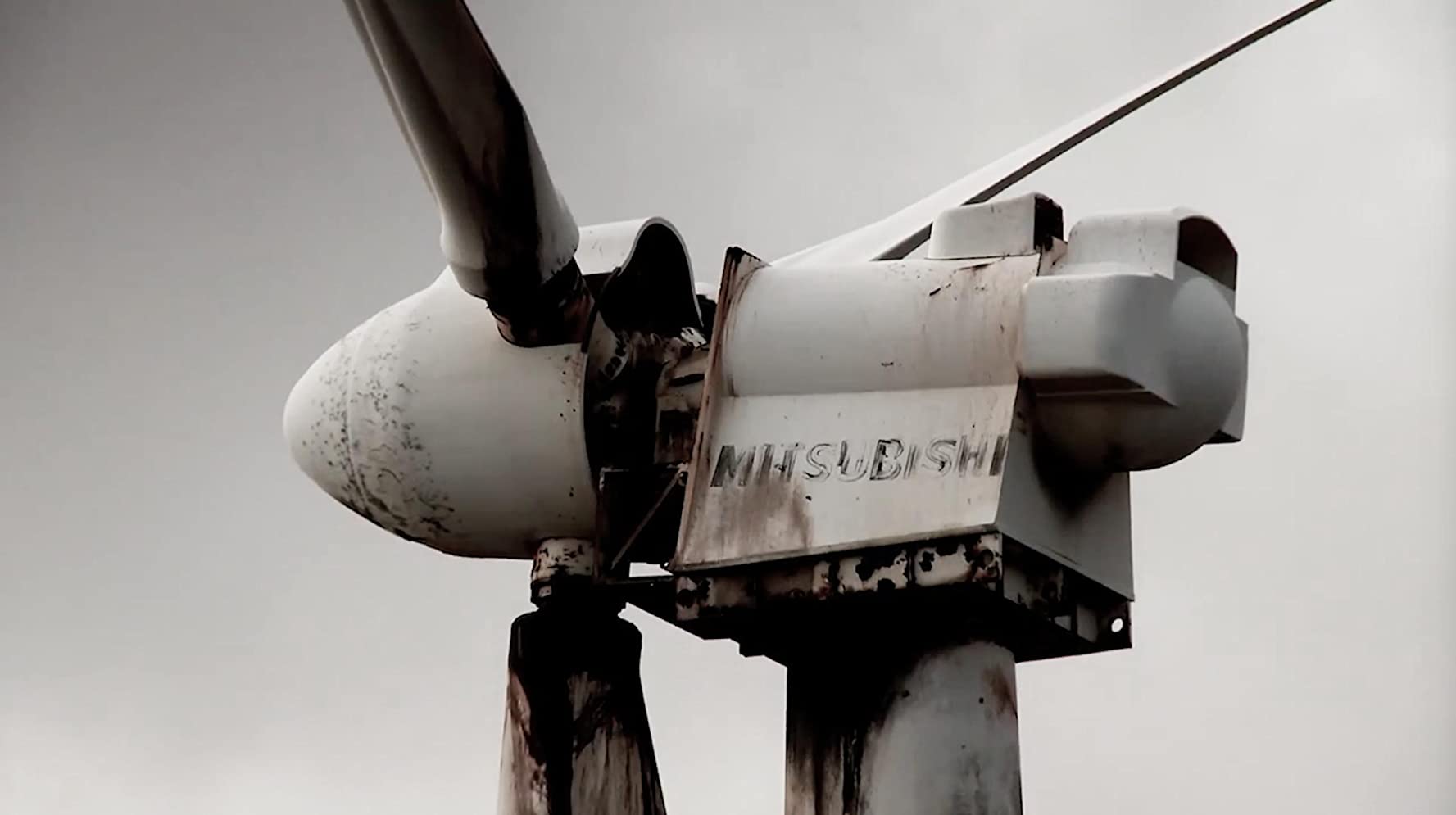 More Politics
Sign up to receive our latest updates!
Register
Hot Off
The Press
In Search of Wisdom
The Political Wisdom of Sarah Churchill
by Shmuel Klatzkin
In Print Fall 2022
The Road to Dobbs
by Tom Raabe
Crime Time
Antifa Means Pro-Riot
by Debra J. Saunders
In Print Fall 2022
How to Bowl Alone
by Nic Rowan
Buy the Book
The Enormous Influence of the Decidedly Conservative Ohio Tafts
by Donald Devine

In a review of the new documentary Planet of the Humans, the Guardian recently blared, “Climate experts call for ‘dangerous’ Michael Moore film to be taken down.” Now, that’s just the kind of “man bites dog” headline that grabs my attention, so in just a few clicks I’m watching with delight as Big Mike takes sandpaper to the “greenwashing” corporate giants who, I learn, have co-opted the Sierra Club and its righteous ilk and gulled the gullible Greens into thinking that, together, they can save the planet.

Ha. And again I say, ha. Joke’s on them, says Moore. The god of Greenness is an illusion. The rank-and-file environmentalists are the unwitting pawns of cynical corporate giants fattened on fossil fuels and government subsidies. Their leaders? Witting fools, redacting embarrassing donor names from their disclosure forms but cashing their checks.

Planet of the Humans reveals that renewable energy, by and large, isn’t. It reposes on a solid base of fossil fuel. Massive coal and oil-driven energy are consumed to produce electric cars and to build and support inefficient wind and solar energy. The Green crowd cheers the closing of a coal-fired plant; two larger natural gas–fueled plants are being built just over the hill to replace it. The infamous Koch brothers own the plant that made the magic mirrors that were supposed to turn sunshine into electricity but instead turned the desert into a field of broken glass. “Biomass” power generation gobbles up forests. You get the picture. It’s all smoke (from the biomass plants) and mirrors (the solar collectors).

The inconvenient truth is that renewable energy “works” only because there are giant government subsidies for corporations that pretend to invest in them.

The film features charming cameo appearances by Little Mike (Bloomberg) primly pledging millions of virtue-signaling dollars to the cause, and the utterly delightful big-bucks duo, David Blood (of Goldman Sachs) and former VP Al Gore joining forces to do well by pretending to do good. (If only they had really named their business “Blood & Gore”! Imagine the ad campaign!) Solyndra wasn’t mentioned, but it probably should have been.

Saint Bill McKibben, of the great state of Vermont, looks foolish when he can’t recall who gave seven-figure gifts to underwrite his organization. An Earth Day outdoor concert is a fitting capstone, powered not by the showy solar panels on display (which provide about enough power to run a toaster, according to the installer). From the corporate endorsements over the stage (Caterpillar, Citibank) to the cables leading to giant diesel generators, it’s enough to make any Green red-faced.

The inconvenient truth is that renewable energy “works” only because there are giant government subsidies for corporations that pretend to invest in them. When the subsidies dry up, the unsustainable boondoggles are reclaimed by the desert.

As I said, there’s a lot to like in Planet of the Humans. I’m with Moore almost all the way to the lachrymose conclusion about exploiting dying bonobos, their habitat having been destroyed by their rapacious cousins with the opposable thumbs. But. Auteur and director Jeff Gibbs concludes that humans are the problem and that unless and until we are forced to cut back on our population and consumption, the emphasis on renewables won’t help.

Oh yeah? Should we bring back Stalin, Mao, and Pol Pot? They sure knew how to cut population. Perhaps another world war? Or — hey — how about a pandemic? Shall we try that?

With all respect to Messrs. Moore and Gibbs, capitalism isn’t the problem. It’s the solution. It’s cronyism, not capitalism, that produces giant handouts for hare-brained schemes and market-distorting behavior. I’m sure they would recoil in horror, but it’s worth noting that nuclear power is a cheap and efficient alternative to fossil fuel. (If the French can do it, how hard can it be?) It’s a funny thing about people who advocate a decrease in population. They almost never volunteer to go first.

And here’s another little-appreciated fact. Affluence correlates with decreasing birthrates. Look no further than Wikipedia:

There is generally an inverse correlation between income and the total fertility rate within and between nations. The higher the degree of education and GDP per capita of a human population, subpopulation, or social stratum, the fewer children are born in any industrialized country.

The best corrective to overpopulation, then, is to encourage education and earning. Prosperity exerts downward pressure on the birth rate. As more live better, fewer are born. A most ingenious paradox, but the numbers bear it out: 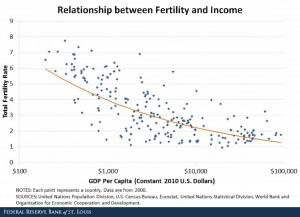 So — do you want to save the planet? Reduce poverty by allowing capitalism to create more wealth. It’s an attainable goal. Let’s not let bad government policies drag us in the wrong direction.

Betsy Dorminey, Georgia state director of the Capitalist League, is a lawyer in Atlanta and an entrepreneur in Vermont. She served in the Reagan administration, has had several leadership roles in the Federalist Society, and is an informal inner circle member of the Kemp/Reagan Prosperity Caucus supply-side team.