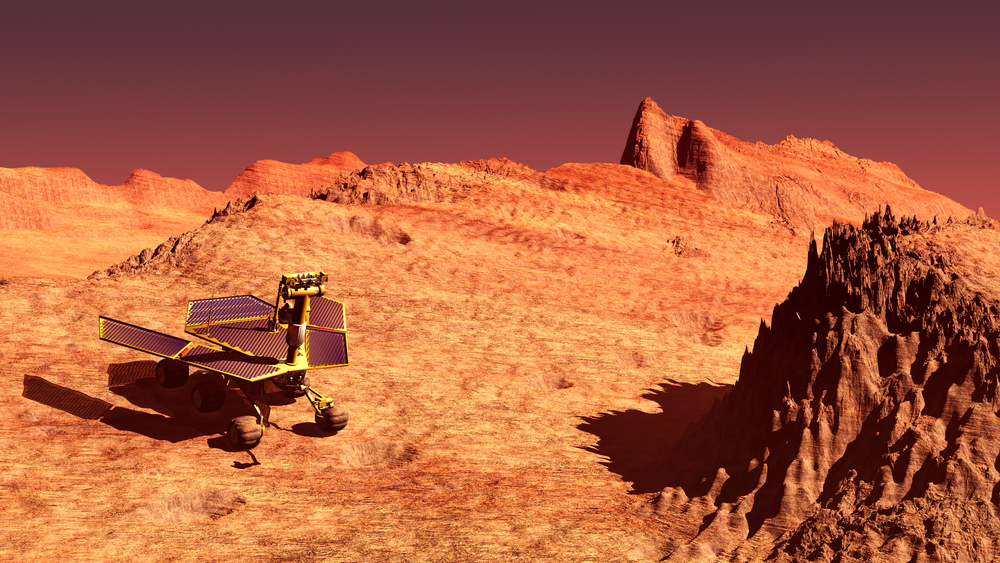 Space exploration is a lot about hurry up and wait. Years and years of concept design and planning for launch vehicles and payloads, years and years of hopeful lobbying to acquire and then protect funding, patient pauses waiting for favorable launch windows, and then days and days to reach the Moon or months and months to reach Mars.

NASA’s Mars 2020 mission launched from Cape Canaveral last July, a week or so after China’s Tianwen-1, and the United Arab Emirates’ Al Amal — all three space vehicles heading to a hole in space where Mars would be in seven months. The aerospace industry held their collective breath as first Al Amal and then Tianwen-1 successfully entered Mars orbit, and then went back into “wait mode” while the two orbiters circled the red planet conducting self-diagnostics and sorting out their respective systems.

NASA’s contender kept observers on the edge of their seats for a little longer. The Mars 2020 mission cruise vehicle dramatically slammed into orbit, its descent package screaming into the Martian atmosphere at 13,000 miles per hour for a nail-biting “seven minutes of terror” drop. Everything that needed to happen and happen fast had been programmed into the cruise vehicle, the descender, the sky crane, and Perseverance lander months (and even years) in advance. Tens of thousands of strings of Python and C/C++ code dealt with contingencies to approximate a form of intelligence: “If this happens, activate that. If this measurement exceeds this, do that. If responses are negative? Try this.”

The heat shield successfully protected vital hardware and software and was discarded. The back shell separated, and the unique supersonic parachute deployed. All the time in a “news blackout” — the “seven minutes of terror.” The JPL robotic team were all on pins and needles. Was it working? Or was the billion-dollar project already brain-dead and hurtling down to puncture and raise the surface with yet another walled crater? All unaided, all autonomic — it had to do this by itself — radio transmissions from Mars to Earth take from five to 20 minutes to report status, and just as long to receive instructions. Mars 2020 was on its own.

With the heat shield discarded, Perseverance was able to “see” the ground in real time. The sky crane rocket engines ignited, and the parachute was cut loose. Perseverance Navigation and Hazard Avoidance Cameras clicked on, feeding three-dimensional data to the onboard computer to navigate a safe path between crater walls and boulders. A solution achieved, the sky crane dropped the rover on tethers and gently descended. When the rover’s wheels touched down, the sky crane cut the tethers and rocketed away to crash a safe distance away. Perseverance had landed.

And then? Nothing. True — 8,000 photos were snapped and transmitted the hard way through NASA’s Deep Space Network, relayed by the European Space Agency’s (ESA) Trace Gas Orbiter, or NASA’s MAVEN, Mars Odyssey, or Mars Reconnaissance Orbiter. Some of the shots were a bit hazy, taken through dust covers protecting millions of dollars of specialized lenses. Some were taken from off-the-shelf cell-phone cameras and GoPros refitted to survive the rigors of space travel, entry, descent, and landing. Other than that? Perseverance squatted. Waiting. Waiting for diagnostics. Waiting for reprograming.

Eight Martian days (or sols) later, mission controllers on Earth completed a software update, replacing the computer program that helped land Perseverance, with one that they will rely on to accomplish the actual astrobiological mission of searching for signs of ancient life. Then, more diagnostics checking out the Radar Imager for Mars’ Subsurface Experiment (RIMFAX) and Mars Oxygen In-Situ Resource Utilization Experiment (MOXIE) instruments. Ground controllers deployed the Mars Environmental Dynamics Analyzer (MEDA) instrument’s two wind sensors, extending them out from the rover’s mast.

More waiting, and on sol 12, engineers unstowed and extended the rover’s 7-foot-long robotic arm for the first time, flexing each of its five joints over the course of two hours.

Finally (wait for it), on March 4 (sol 14) NASA’s Mars 2020 Perseverance rover performed its very first drive into its new backyard. For a little more than one half hour, the nuclear-powered explorer rolled forward 13 feet, turned in place 150 degrees to the left, and then backed up 8 feet into its new temporary parking spot — and waited.

Over successive fits and starts, NASA engineers will conduct more detailed testing and calibration of science instruments, send the rover on longer drives, and jettison the covers that shielded both the adaptive caching assembly (part of the rover’s Sample Caching System) and the Ingenuity Mars Helicopter during landing.

In the weeks ahead, expect thousands more photos, a solution for the Ingenuity helicopter’s first launch site, and Ingenuity’s first flight into the Martian atmosphere. All very exciting — but all delivered at the snail’s pace of Perseverance’s top speed of 0.01 mph.

After excruciating pauses, they’ll activate MOXIE to demonstrate the feasibility of extracting oxygen from Mars’ CO2 atmosphere to use as breathable air and even rocket fuel by future crewed missions to the red planet.

Some “action,” lots of waiting, and lots of time to do it in. Unlike Tianwen-1’s as-yet-to-be-named little solar powered rover with its expected lifespan of three to four months, Perseverance is expected to remain viable for years and years, exploring Jezero crater, conducting scientific experiments, boring core samples, and stacking them for future recovery in 2026. In fact, one contingency plan for the future mission to return the samples to Earth contemplates using Perseverance to deliver the core samples to a lander that will then rocket them into orbit, transfer them to a cruise module, and head Earthward.

For a generation of world citizens impatient with mankind’s inevitable (if plodding) expansion into the vast beyond of space, Perseverance is an apt name.

I’m waiting for things to hurry up.