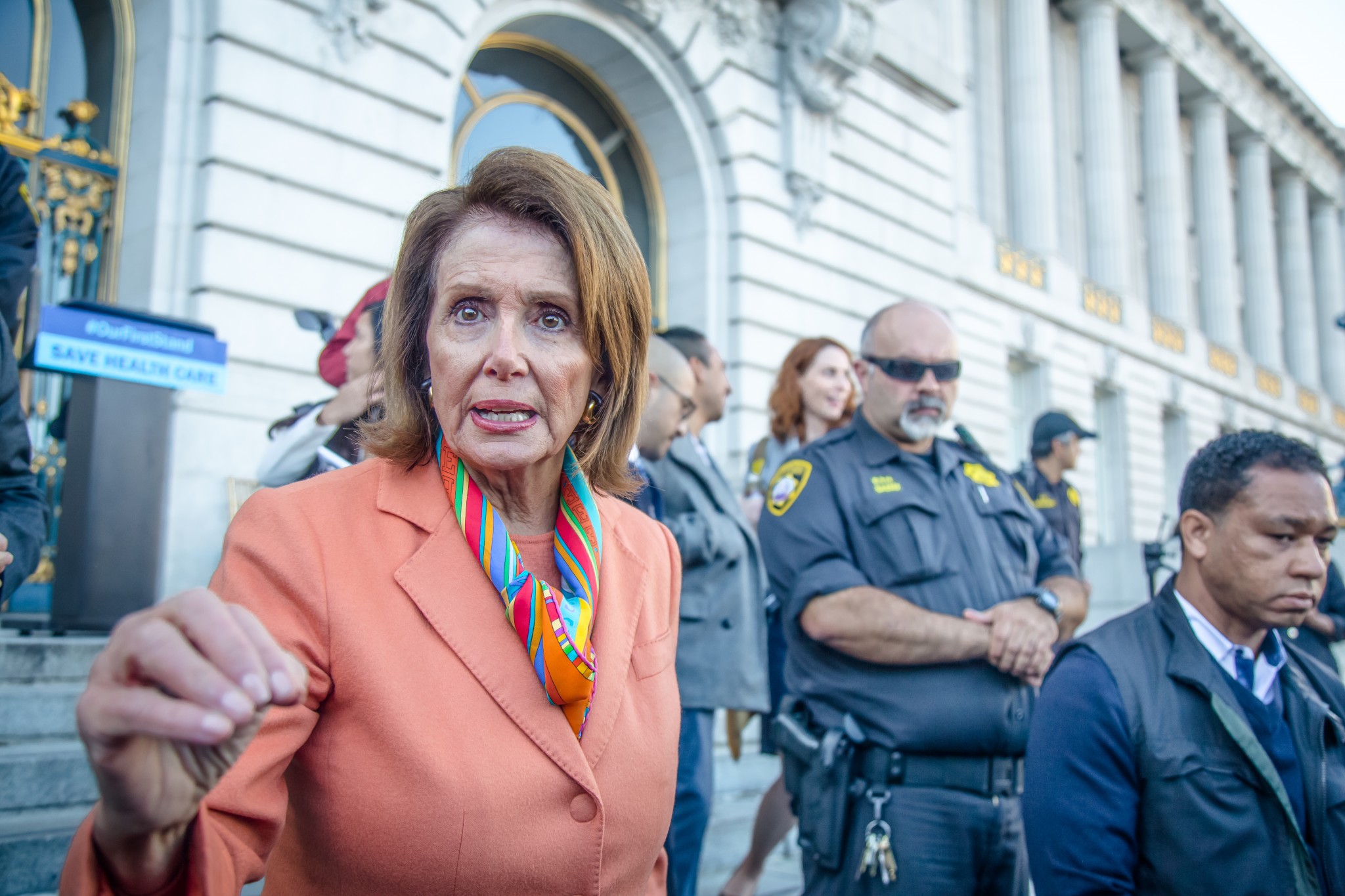 There are Republican — say again Republican — members of the United States House of Representatives aiding and abetting a corrupt, dictatorial Democrat Speaker of the House.

Representatives Adam Kinzinger (R-IL) and Liz Cheney (R-WY) are using their position on the lynch mob-style “January 6” committee to aid and abet the cover-up of perhaps the greatest scandal in the history of the U.S. House of Representatives. Which is to say the all-too-glaring fact that, well-warned in December 2020 of the potential problem with a protest of a highly controversial presidential election riven with “irregularities,” House Speaker Nancy Pelosi took zero precautions to protect the Capitol building.

It is the scandal of Washington scandals. And the instinctive response of Reps. Kinzinger and Cheney is . . . join hands with the radical left Democrats to protect Pelosi.

In a city that has over the decades seen Puerto Rican nationalists open fire from the House gallery and wound five congressmen on the House floor below, seen national guardsmen armed with machine guns on the Capitol steps during the 1968 riots following the murder of Dr. Martin Luther King? In a city that witnessed a crazed gunman invade the Capitol in 1998 and shoot to death two Capitol Police officers? Not to mention a city that has seen violent Washington protests opposing everything from the Vietnam War to supporting Black Lives Matter? Knowing all of this and doubtless having witnessed some of it, Pelosi sat on her hands and did absolutely nothing — nothing — to protect the Capitol building. By the testimony of those four Capitol Police and D.C. police officers the other day, while they wouldn’t say it, in fact their lives were put directly at risk by the Speaker’s incompetence and inaction.

It is the scandal of Washington scandals. And the instinctive response of Reps. Kinzinger and Cheney is . . . join hands with the radical left Democrats to protect Pelosi.

Over there at Fox News, former House Speaker Newt Gingrich has posted a piece headlined — correctly — this way: “Newt Gingrich: Nancy Pelosi is the greatest threat to constitutional liberty in our lifetime”

The former Speaker says, in part, this:

As a 20-year member of Congress and four-year Speaker of the U.S. House of Representatives, let me speak bluntly and directly.

Speaker Nancy Pelosi is the greatest threat to constitutional liberty in our lifetime.

With the passive support of an apparently cowardly caucus, she is behaving as a dictator more like Fidel Castro, Xi Jinping, Vladimir Putin, or Nicolás Maduro.

Then there’s this headline over in the New York Post: “Kinzinger supports issuing Jan. 6 subpoenas to McCarthy, others.”

Note well this sentence from the Post story: “Kinzinger of Illinois is one of two Republicans picked by House Majority Leader Nancy Pelosi to investigate the riots.”

Hmmm. Does Kinzinger think Americans are stupid? That Americans cannot see the connection between he and Cheney refusing to investigate Pelosi — and the fact that she handpicked them to serve on the committee? Really? Apparently so. The story then goes on to quote Kinzinger as saying this — and saying it without the least sense of irony: “‘If anybody’s scared of this investigation, I ask you one question: What are you afraid of?’ the rep said. ‘I mean, either you’re afraid of being discovered having some culpability in it or what?’”

Hello? If Kinzinger really believed that, then there would be a subpoena issued post-haste to . . . Nancy Pelosi. But . . . naah. No talk of subpoenaing Pelosi. No Watergate-style question of “What did the Speaker know and when did she know it.” Nope. None of that.

Because simply put, the January 6 committee, with Kinzinger and Cheney’s active and enthusiastic support, is the equivalent of those old Stalin show trials in the Soviet Union. For those out there unfamiliar with the show trials, Wikipedia supplies the precise definition:

A show trial is a public trial in which the judicial authorities have already determined the guilt, and/or innocence, of the defendant. The actual trial has as its only goal the presentation of both the accusation and the verdict to the public so they will serve as both an impressive example and a warning to other would-be dissidents or transgressors. Show trials tend to be retributive rather than corrective and they are also conducted for propagandistic purposes. The term was first recorded in 1928.

In short, a better description of today’s January 6 Committee could not be had. This is nothing more than a show trial of former President Donald Trump and the 75 million Americans who voted for him. With the Trump-hating Republicans Kinzinger and Cheney in full participation as prosecutors in a trial where the accused will be found guilty and — most importantly — the actually guilty Pelosi will be protected.

Exactly as former Speaker Gingrich says: “The Republicans who are collaborating with Pelosi should be ashamed of themselves.”

And “collaborating” is exactly the right word. Yes, Kinzinger and Cheney should be ashamed of themselves. Instead of doing their job and conducting an independent investigation, they have signed on to collaborate with those assigned by Pelosi to protect her from her own dictatorial incompetence at all costs.

What did Nancy Pelosi know and when did she know it?