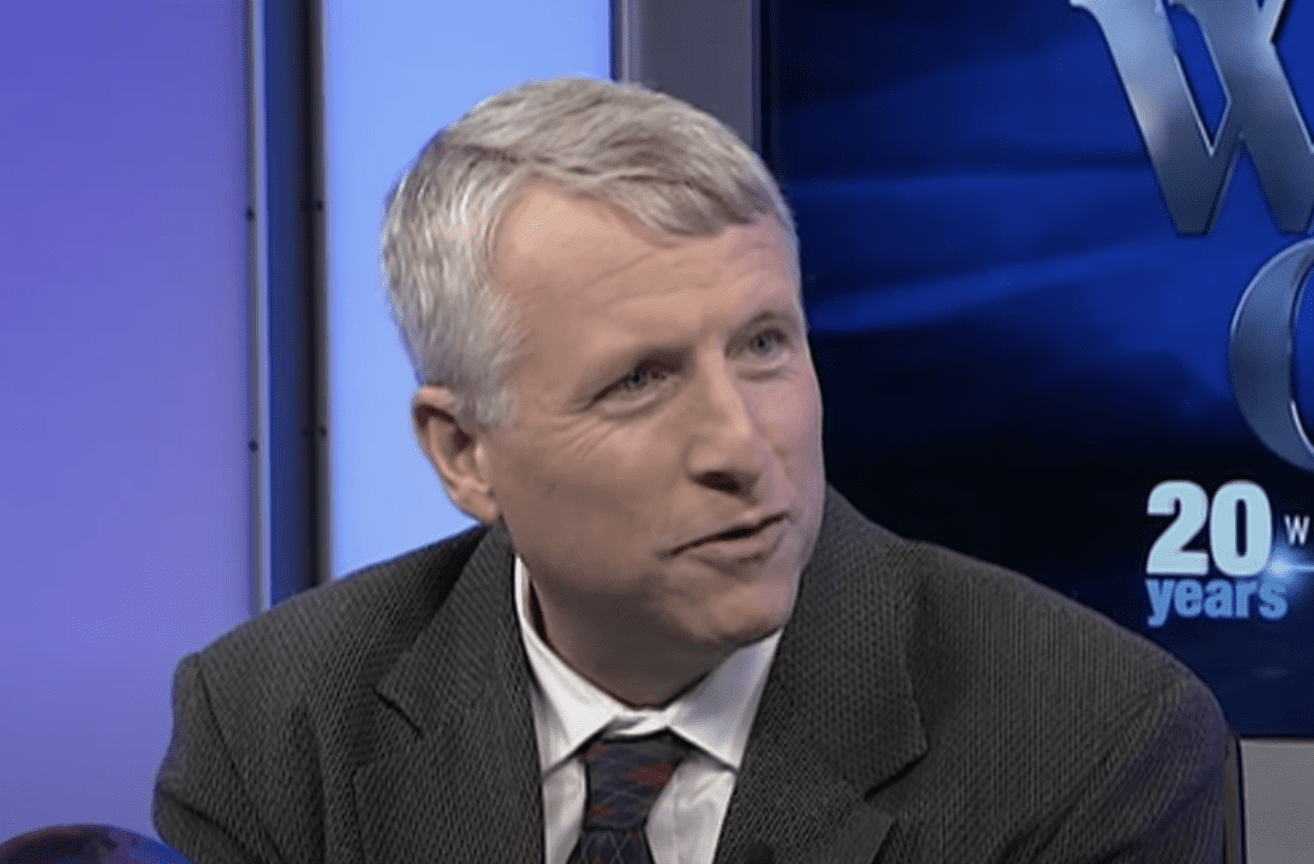 Appropriating Black Lives Matter rhetoric to make bogus allegations of racism, three white Grove City College graduates recently attempted to enlist social media to destroy the reputation of Paul Kengor, a popular professor at the college. Though the female attackers — who recently added the moniker “disgruntled leftist and LGBTQ activist” to their Twitter display names — quickly rescinded their demands that Kengor “retire or resign” because of his “white nationalist rhetoric,” the damage to his reputation is significant.

A longtime contributor to The American Spectator, Paul Kengor is the most well-known scholar on the Grove City College campus. Beloved by students and with a wide public following, Kengor is the author of several New York Times best-selling books, including, most recently, A Pope and a President: John Paul II, Ronald Reagan and the Extraordinary Untold Story of the 20th Century. A frequent speaker at youth conferences, including Young Americans for Freedom, and an oft-invited guest to do readings at the Reagan Ranch, Kengor has a reputation for kindness, goodness, and humility.

Dr. John Zmirak, a senior editor at The Stream, recently told a reporter at Church Militant that Kengor is “a model scholar and educator. He is patient, humble, scrupulously fair and single-mindedly devoted to advancing freedom for every human being as the image of God. He is a worthy disciple of St. John Paul II, a man devoted to liberty, virtue and real human rights.”

For those of us who have read Kengor’s books and heard him speak, the allegations of racism and “white supremacist writing” are preposterous and offensive. But the attackers did not stop there. In their original letter to the Board of Grove City College on June 11, 2020, the attackers claimed that Kengor’s writings revealed Grove City’s “deep-seated ideological commitments to white nationalist beliefs and conspiracy theories.” Then the attackers listed some ludicrous examples claiming that Kengor “compares the babies of Muslim immigrants to suicide bombs,” and accused Kengor of queerphobia and anti-Semitism. For evidence of the latter, the attackers claimed that in an op-ed that Kengor published on the horrific Tree of Life shooting at the Jewish synagogue in Pittsburgh, Kengor refused to identify the shooter as a racist/white nationalist/anti-Semite and instead talked about the shooting as an act of God. Worse, the attackers claimed that Kengor focused on how his own children were nearby the synagogue when it happened and by doing that “centered his family as a victim of the shooter.” Anyone reading Kengor’s op-ed on the Jewish massacre at the Tree of Life can easily see how preposterous the attackers’ allegations are.

An immediate angry response and petition of support for Professor Kengor was launched by several of Kengor’s former students who rose to defend their revered professor. Contrary to these claims of racism, Kengor is himself the father of a black adopted child and has never written or spoken a racist word. Kengor and the Institute on Faith and Freedom that he directs on campus have always supported racial justice in all of their publications. In fact, the Institute for Faith and Freedom website actually has a tab for “Civil Rights and Racial Injustice,” which includes dozens of articles going back to 2003, with Kengor writing more of them than any other contributor. But none of that counts, as the damage has been done.

These attackers have recklessly engaged in a deliberate destruction of Professor Kengor’s reputation. They usurped the BLM rhetoric prevalent in the wave of protests sparked by George Floyd’s death at the hands of Minneapolis police to cover their real LGBTQ agenda and their attempt to silence Kengor’s research and writing on the sanctity of marriage. Indeed, it is his insightful book, Takedown: From Communists to Progressives. How the Left Has Sabotaged Family and Marriage, that the self-described LGBTQ activists are targeting. These three women appropriated the allegations of racism because they knew that in these hyper-vigilant times, college administrators would be more receptive to claims of racism within the faculty than to their real issue of LGBTQ advocacy on the conservative campus. While their initial letter to the Grove City board falsely accused Kengor of queerphobia in his writing, they anticipated that college administrators would be more likely to take swift action in cases of racist allegations — even if they were not true.

To their credit, Grove City administrators did not acquiesce to the mob. The mob’s real problem was that the attackers could not find a single instance of racist writing or speaking that Professor Kengor ever did. But that really never mattered to them. And even though the three rescinded their demands that Kengor be fired, they are continuing their attacks on Grove City College. Eve Ettinger, one of the three LGBTQ advocate-attackers, tweeted, “Happy Tuesday. Black Lives Matter. Call out your Alma Maters. Divorce your bigoted husbands, look cute, and love plants and rebellion like me.”

In a response to Kengor, Ettinger acknowledged that she is “no longer a Christian” and has a “complicated personal history with the subject in question.” The “subject” Ettinger is referring to what she calls “dominionist theology.” Another of the attackers, who describes herself as “bisexual” in her article on “Stonewall and the Commodification of Queerness,” has acknowledged that she only did the “proofreading and grammar of the letter” that accused Kengor of racism and now claims that it was never her intention “to hurt others or attack their ideas through ad hominem fallacy.”

Kengor responded to the attackers in a letter that was much kinder than they deserved. It has been posted online. Kengor has chosen — under the advice of his attorney — to make no public statements about this issue.

Now it appears that although the three female attackers appeared to take credit for authoring the offensive letter about Kengor, it turns out that the author was actually Andrew Welton, a 2010 graduate of Grove City College who now admits being the “original author” of the letter. It appears that Welton, formerly an undergraduate teaching assistant at Grove City College and currently an adjunct writing instructor at the University of Florida, enlisted the three women to take the credit — and the heat — for writing the letter demanding Kengor’s firing.

In a letter to Kengor — posted here as a Google Doc — Welton admitted, “I wrote the original draft of the sections of the letter pertaining to your work at the Institute for Faith and Freedom. I believe they are a measured and fair response to your public writings…. I wrote these paragraphs as research notes and appended them to an early version of the letter…. I apologize if my criticism of your public facing writing felt like a personal attack. I encounter your work as the public does, on its own terms, and I stand by my analysis of your words.”

While Kengor’s kind response to the attackers appears to have helped quell the controversy, as the attackers have removed the offensive allegations of racism against him, it is difficult to know how to respond to these scurrilous attacks. As the recipient of a similar attack by three feminist alumnae of my own university home at Franciscan University of Steubenville just two years ago, I was not quite as magnanimous in my response as Professor Kengor has been. While I never attempted to respond to the attackers directly, I did my own investigation on the origins of the attack on me and my work. The three attackers in my case finally backed down once I exposed their larger conspiracy against the university itself that they concocted in a private Facebook group when they thought “no one” was looking.

Indeed, that is the real agenda of these attackers — to remove all opposition to their goal of destroying all conservative institutions, especially those they may have at one time been affiliated with. They may go after individuals like Kengor and me, but we are just the gateway to their ultimate goal, which is to destroy conservative colleges themselves.

There is a growing list of conservative colleges currently under these kinds of attacks by angry progressive alums. Grove City College is fortunate to have a professor of Kengor’s stature on its campus. Its leaders would do well to defend him vigorously from these slanderous attacks.